The shooting happened in the parking lot of the Tuckahoe Motorcycle Club clubhouse. 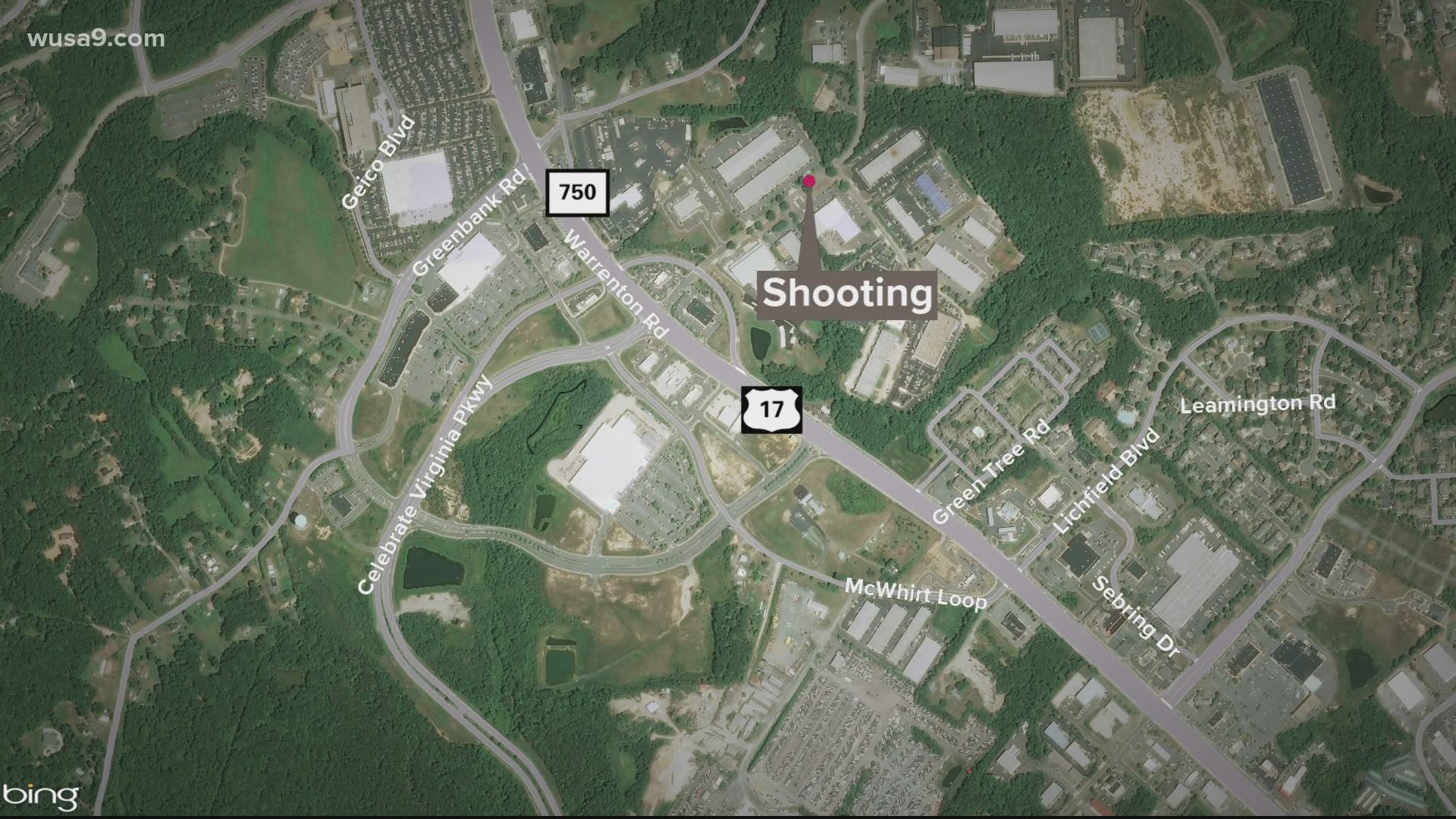 STAFFORD COUNTY, Va. — A 47-year-old Fredericksburg man is dead after he was shot at a motorcycle club event on January 17, Stafford County Sheriff's Office said.

The shooting happened at 10:15 a.m. in the parking lot of the Tuckahoe Motorcycle Club clubhouse located at 1130 International Parkway, police said.

Officers responded to the scene after an emergency call that shots were fired. When officers arrived at the scene, they found a man, identified as Ely Grimes, 47, of Fredericksburg, with a gunshot wound to his chest.

Police said the suspect, identified as George Ronald Batts, Jr., age 38 of North Carolina, was also at the scene when officers got there and was holding a handgun. After several attempts to get Batts to drop his weapon, officers shot him after he pointed his gun at deputies.

Deputies rendered aid to Grimes and the Batts using trauma kits they are equipped with to treat gunshot victims. Police said this helped to keep both of them alive before emergency crews arrived at the scene.

Stafford County Fire and Rescue transported both patients to the hospital.

Batts was charged with malicious wounding and use of a firearm in the commission of a felony are pending. His charges have since been upgraded to include a murder charge.

Police said the deputies involved in the investigation have been placed on paid administrative leave in accordance with policy.

Happening now: Deputies responded to a shots fired call at 1130 International Parkway to find a victim with a gunshot wound. The suspect brandished the weapon and was shot by deputies. Both suspect and victim transported. pic.twitter.com/dADFCkURTj