The suburban women's vote & its impact on the election

A group of local women spoke to 3News about their plans to vote. 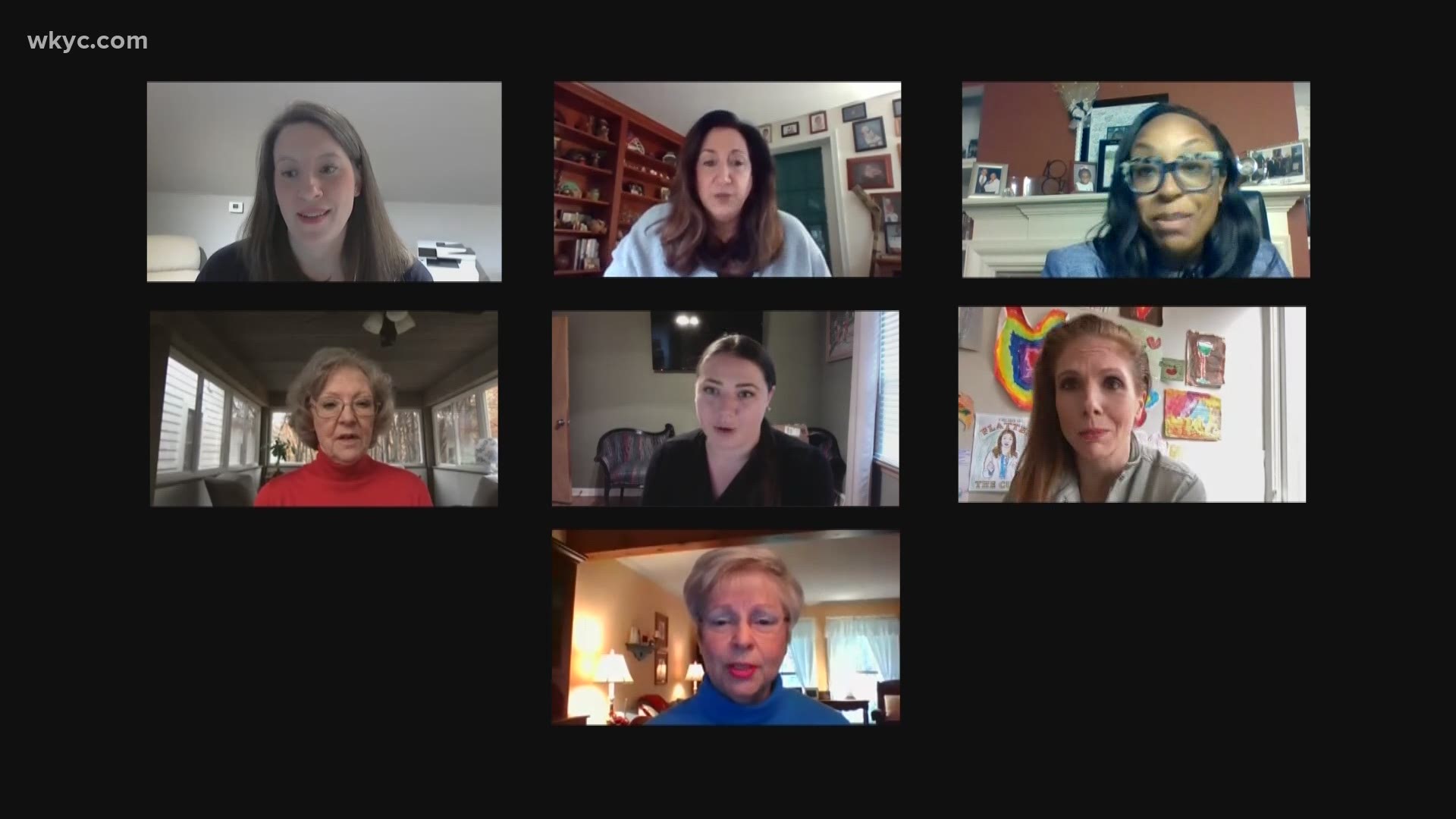 BAINBRIDGE, Ohio — Suburban women have been described as key voters in this year’s election. They have attention from both sides of the campaign trail.

"The reason pollsters and politicians pay so much attention to suburban women is that there's some evidence that they are moving politically," Dr. John Green, emeritus director at the University of Akron’s Bliss Institute, says. "And they've been moving in different directions."

On Thursday, a group of local women spoke to 3News about their plans to vote. Shaker Heights resident Katie Paris launched "Red, Wine and Blue," an organization bringing suburban women together who are looking for a change in this year’s election.

"This really is a 50-50 state," Paris said. "My hope is we can get back to the place of moms and citizens of diverse political backgrounds that we really are."

Kate Rabinovitch voted for President Donald Trump in 2016, but says becoming a mom played a role in her views evolving. She explained one of the turning points in her decision to change her vote this year, citing a moment of reflection after George Floyd’s death.

"I just had a total emotional meltdown," Rabinovitch said. "I was so worried about not my kid, but my kid harming someone else’s son. Just knowing that we couldn’t keep going where we’re going."

Lindsay Pollack of Bainbridge Township, who is also voting for Joe Biden, said her vote matters because it’s a chance for her voice to be heard.

"I think it’s easy for people to say 'What’s one vote?' but it’s so much more than that," she said. "It’s about making sure your status in life and your issues and values will remain important to the person representing you."

"I recognize that 51% of women reflect the vote," she said, "so it is an important demographic for any candidate to go after to seek the nomination."

Patram said job creation and education are important issues that go into her vote. Janice Sugarman, another Bainbridge resident, says her husband owns a small business. It’s one of the factors going into her decision.

"I voted for Donald Trump four years ago because he promised to roll back the rules and regulations that handcuffed the small businesses," she explained. "Small businesses are the job creators. We need to take care of small businesses."

"The thing that’s driving me this year is my passion for my country," she said. "I come from a long line of veterans. I like what he’s done for veterans."

But when it comes to the suburban woman’s vote…

Davis is voting for Biden in this year’s election. She lives in Twinsburg – but it wasn’t always home.

While they may be voting for different candidates, the one common factor shared by these women is the understanding that their vote holds value and power.