Christmas came a little early for one Northeast Ohio hero. 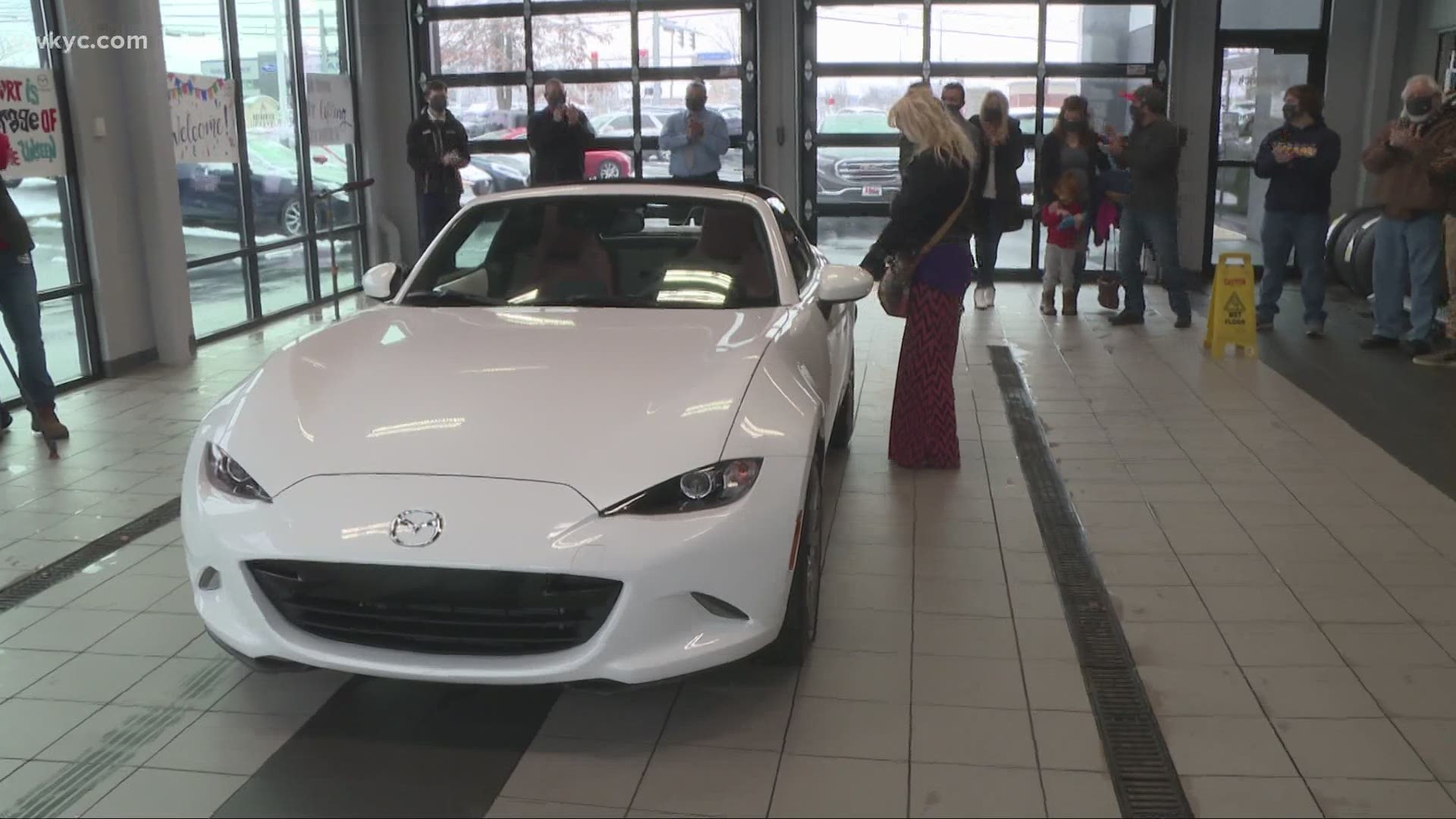 Laurie Beal of Wadsworth was named the 2020 Mazda "Hero of the year." Beal runs the nonprofit, Youth for Christ, and decided to spread her angel wings just a little wider this year. She originally created Youth for Christ to focus on providing essentials to teen parents in need of extra support, but throughout the pandemic, Laurie adapted her model to ensure teens and other vulnerable communities would still receive much needed care and essentials.

She purchased a small, gutted camper and outfitted it with supplies to distribute at homeless camps — everything from blankets and warm clothing to sleeping bags. She even gives free haircuts.

In honor of its 100th anniversary, Mazda decided to highlight work being done across the United States to uplift communities and Laurie was selected as their Northeast Ohio Mazda Hero. And her reward? A brand new Mazda Miata 100th anniversary special edition.

God has been on the move in the Youth For Christ movement in the 2010s! And it’s not over yet! We are still dreaming about ways to keep the momentum going that was started in the early 2010s. #YFCUSA #YFC75th pic.twitter.com/xWQA6ulmMW