The arena, which served as Ohio's first mass vaccination site, is now clear of vaccines and gearing up for entertainment events. 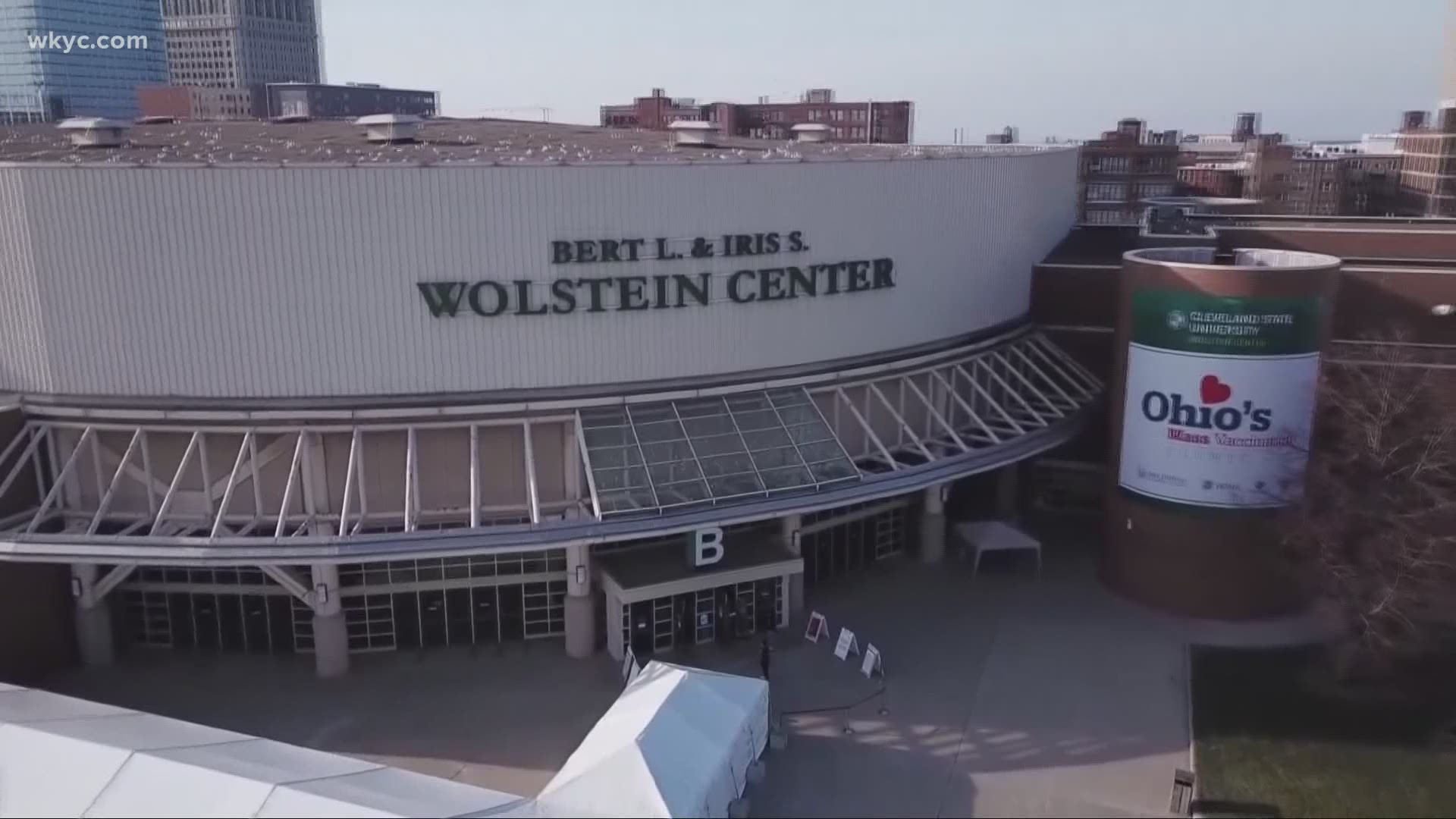 CLEVELAND — The Wolstein Center, which served as Ohio's first mass vaccination site, is now empty and returning to its entertainment roots. Thousands of people streaming in and out of the arena for COVID-19 vaccines is an image now relegated to the past.

While it wasn't fans filling Wolstein over the last two months, fans will now be filling the seats as the facility reopens its doors for entertainment again.

"I think the flood gates are opening and people are hungry and ready to get back out on the road," Snodell said. "It's going to be a really exciting fall."

Concerts, family events, basketball games and graduations are amongst the events that will take center stage. Cleveland State University, which owns the arena, says dates are filling up fast.

"When the governor really started to lift the restrictions and the picture became clearer is really when we started seeing an uptick," Snodell added. "We are getting calls pretty regularly, almost every day at this point."

The newest to the line-up? The former Canton Charge of the NBA's G League, the official affiliate of the Cavaliers. The team, which has called the Canton Civic Center in Canton home for years for almost a decade, announced Wednesday it will move to the Wolstein Center.

"It gives us an opportunity to really expand our horizons," Snodell said.

CSU believes these new plans for the arena will helping bring Cleveland back to life, and Snodell says all the events in the works are scheduled for the fall and winter, with dates to be released during the summer.

"This will really create dynamic entertainment in the city of Cleveland."