Shipping services continue to be overwhelmed by pandemic

The post office was swamped over the holiday, and is still drowning. 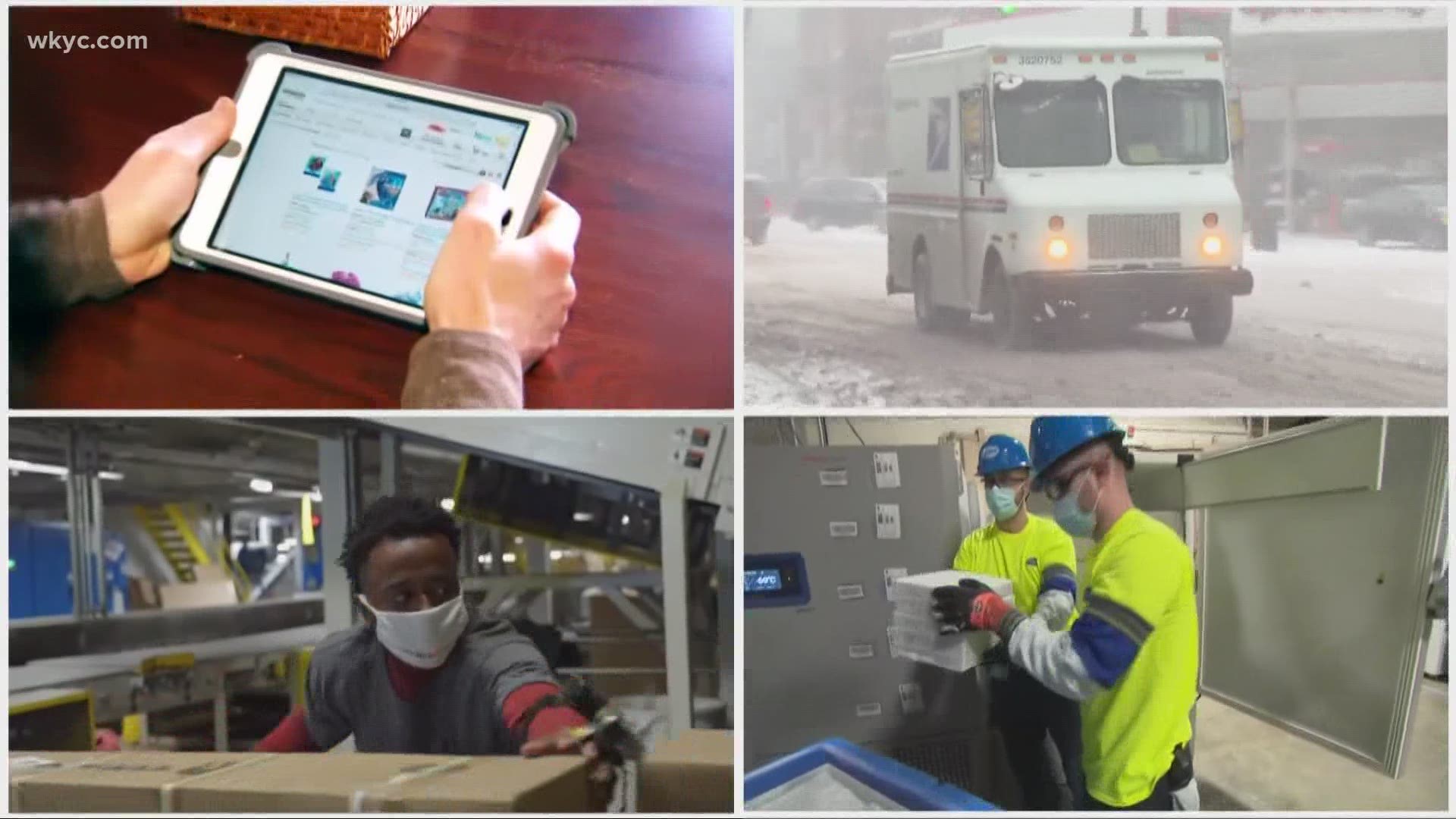 AUSTINBURG, Ohio — The tidal wave of packages this holiday season was simply too much.

There were roughly three billion of them, which was 30% higher than this time last year. Because of COVID-19, many families shipped their presents instead of giving them in-person.

Kristin Cutlip, of Austinburg, is beyond frustrated over not receiving a package that was supposed to arrive on Dec. 18. It was from her aunt in Arizona, and now, they are worried it is lost.

"I don’t know what was in it," Cutlip told 3News. "It was important to her to give to us and, you know, she wants it to be a surprise."

Melanie Grandberry, of Brook Park, got her food stamps taken away when a letter from the government did not arrive on time.

"They stopped them," she said. "I called and I said, 'It’s not on my card.' And they said, 'Well, we sent you a letter that you needed to mail us this, this, and this—but you never sent it to us.' I said, 'That’s cause I never got the letter.'"

Local businesses are hurting, too: Ashley Ross owns "The Cuddle Cult," and makes plush toys which she sells online. Customers have not been getting them.

"They’re only going to be understanding for so long," Ross said. "If things still don’t just show up as shipped, I’m worried that I’m going to end up having to issue a whole bunch of refunds."

For those who deliver for living, it has been a rough nine months: At the main post office in Cleveland Sunday, trucks were lined up and were ready to go. Inside, however, the pandemic continued to hit the ranks hard.

Nationwide, roughly 19,000 postal workers are out every day over virus-related issues. Those who show up are often exhausted.

"People who may be getting upset at the post office, they need to be aware that the postal service ended up receiving six million packages more than what they could have planned for," Satish Jindel, president of ShipMatrix, said.

This year, the U.S. Postal Service added tens of thousands of seasonal workers, extended overtime, and expanded Sunday deliveries, but it was still not enough. Even tracking numbers are not helping much, while winter storms in the days leading up to Christmas did not help either.

Cutlip says her aunt paid extra for shipping and has since been to the post office three times to try and track down her package to Austinburg. She said the post office promised to investigate, and urged her to be patient.