CLEVELAND — Last week on What's New, our own Jay Crawford saw Will Ferrell eating hot wings as part of a challenge. His reaction? "I could do that."

Naturally, we had to hold Jay to his word, so Thursday on the show he and Brandon Simmons participated in Quaker Steak & Lube's "Eat Heat Challenge." It's so risky, both actually had to sign a waiver before it began!

Here's how it works: Each challenger gets a half-dozen chicken wings, and the goal is to eat them all in three minutes. The catch? The wings are all coated in a blazing hot sauce that contains scorpion pepper venom and concentrated capsaicin, with juicy wildberries providing a slight seasoning.

Both were certainly apprehensive going in (especially Jay), but both actually beat the challenge live on the air. Jay finished slightly faster, but in his own words, "I am seriously on fire right now." However, it appears both managed to keep their meals down! 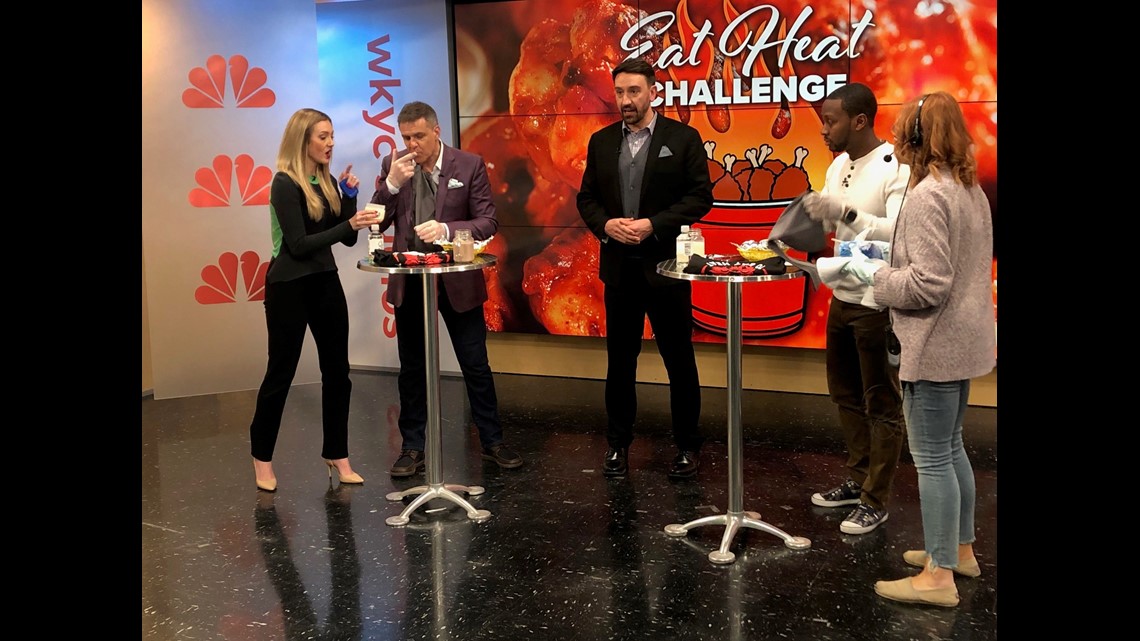 Watch Jay and Brandon take the challenge in the player above, or watch today's What's New in its entirety below:

RELATED: Drink beer in a treehouse when the world's biggest beer garden opens