'It was dark at 11:30 this morning': Oregon residents talk about wildfire evacuations

Many of the people who left their homes went to the Oregon Fairgrounds where the Red Cross is set up. 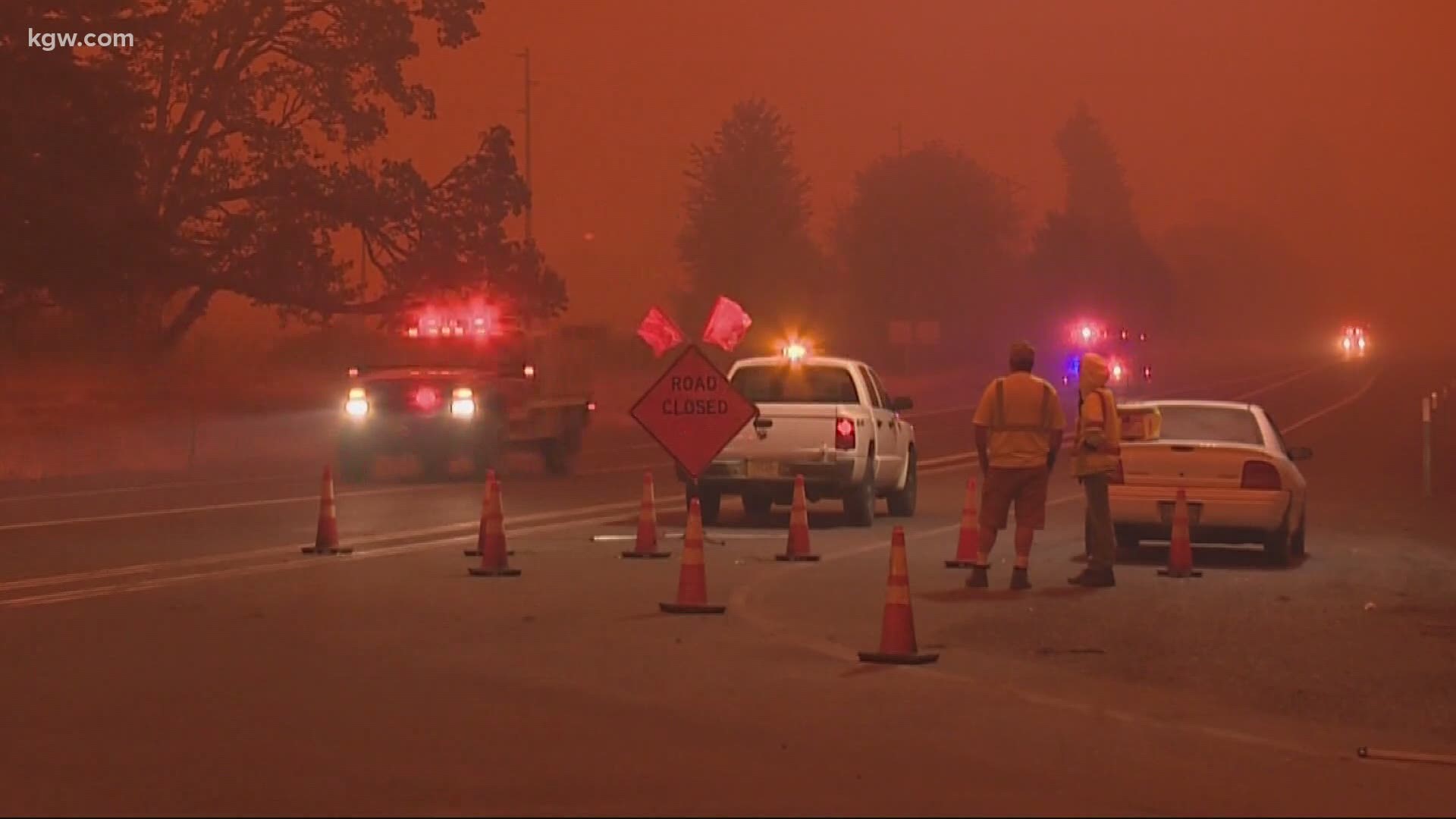 STAYTON, Ore. — Downtown Stayton at noon was eerie. The sky was dark and had a red hue from all the smoke. Very few people were walking around.

That’s because people were getting ready to leave or had already left after evacuation orders were issued Monday night.

Many of the people who left went to the Oregon Fairgrounds where the Red Cross is set up.

“It was pretty last second. We pretty much just grabbed what we could and got out. So, didn’t expect it to get quite as close as it did. We didn’t pack ahead of time,” said Damien Kosel, who lives in Mill City.

He said he and his family, left Mill City around midnight.

“The fire had reached just the other side of the Santiam and we could see the glow coming up through there, so we just packed up and got out at that point and took off,” Kosel said.

From Silverton to Salem, many people have taken pictures or video of all the smoke in the air.

Kosel said his family and extended family included about 20 people, who all made a caravan as they headed first, to Stayton.

“Stayed in Stayton until about five this morning and then they got moved to a level two, so we decided to get out of there and be further ahead this time,” Kosel said.

“Woke up 7:30 this morning, it was dark,” said Howard Sproles, who stood with his wife Glenna next to their car at the Oregon Fairgrounds.

The Sproles are from Stayton.

“You could smell smoke. You could see the smoke. It was dark when we left there at 11:30 this morning,” Sprole said.

Like many families, the Sproles left quick and didn’t have a whole lot of time to grab much

Meantime, Kosel and his family have seen the videos on social media too.

“It looks like it’s pretty bad from the little bit we we’ve gotten to see and we are just grateful we were able to get out in time and nobody got hurt,” said Kosel.

He said his family plans to stay with some friends overnight as they wait for updates on the fire.