The K-9 is currently recovering at home. 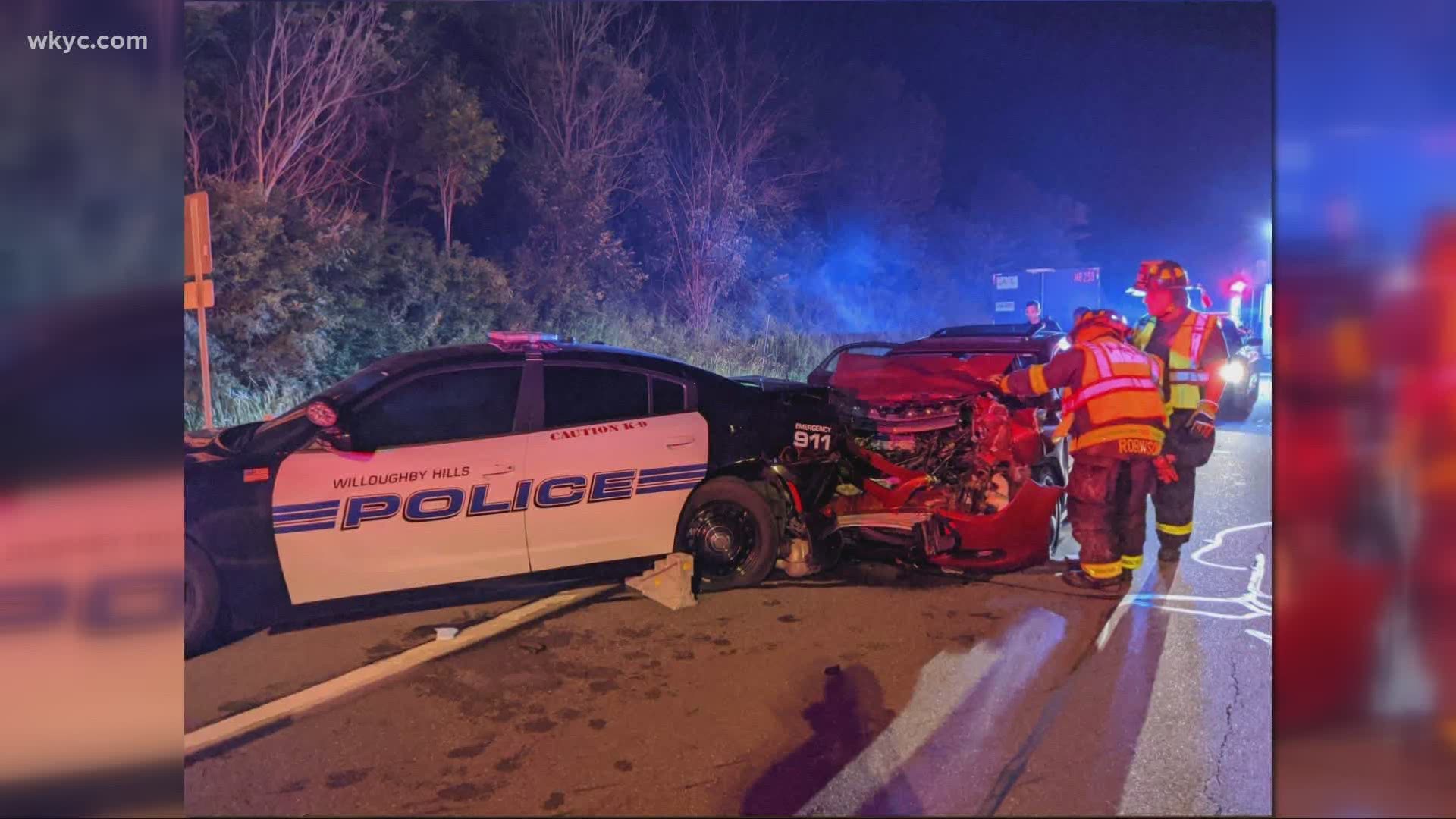 WILLOUGHBY HILLS, Ohio — A K-9 officer with the Willoughby Hills Police Department was injured late Saturday evening when an alleged drunk driver crashed into the back of a cruiser.

The K-9 officer was investigating a disabled vehicle on I-90 westbound near Bishop Road just before midnight when a maroon Chevy Malibu crashed into the back of his cruiser, police say.

The K-9 officer was out of the cruiser at the time of the crash, but the K-9 however was inside. The K-9 was taken to  MedVet Emergency Clinic in Mentor for treatment. He has since been released and is recovering at home.

The driver of the Malibu, a 56-year-old man from Bedford was accompanied by two other passengers-- a 35-year-old Bedford man and 55-year-old man from Euclid. All three men were transported to local hospitals. There is no word on their conditions at this time.

Officials believe that alcohol is a factor in the crash. The crash remains under investigation by the Ohio State Highway Patrol.

Stay with 3News for updates as they become available.