Police say the father is being questioned about the incident and they don't know if it was accidental. 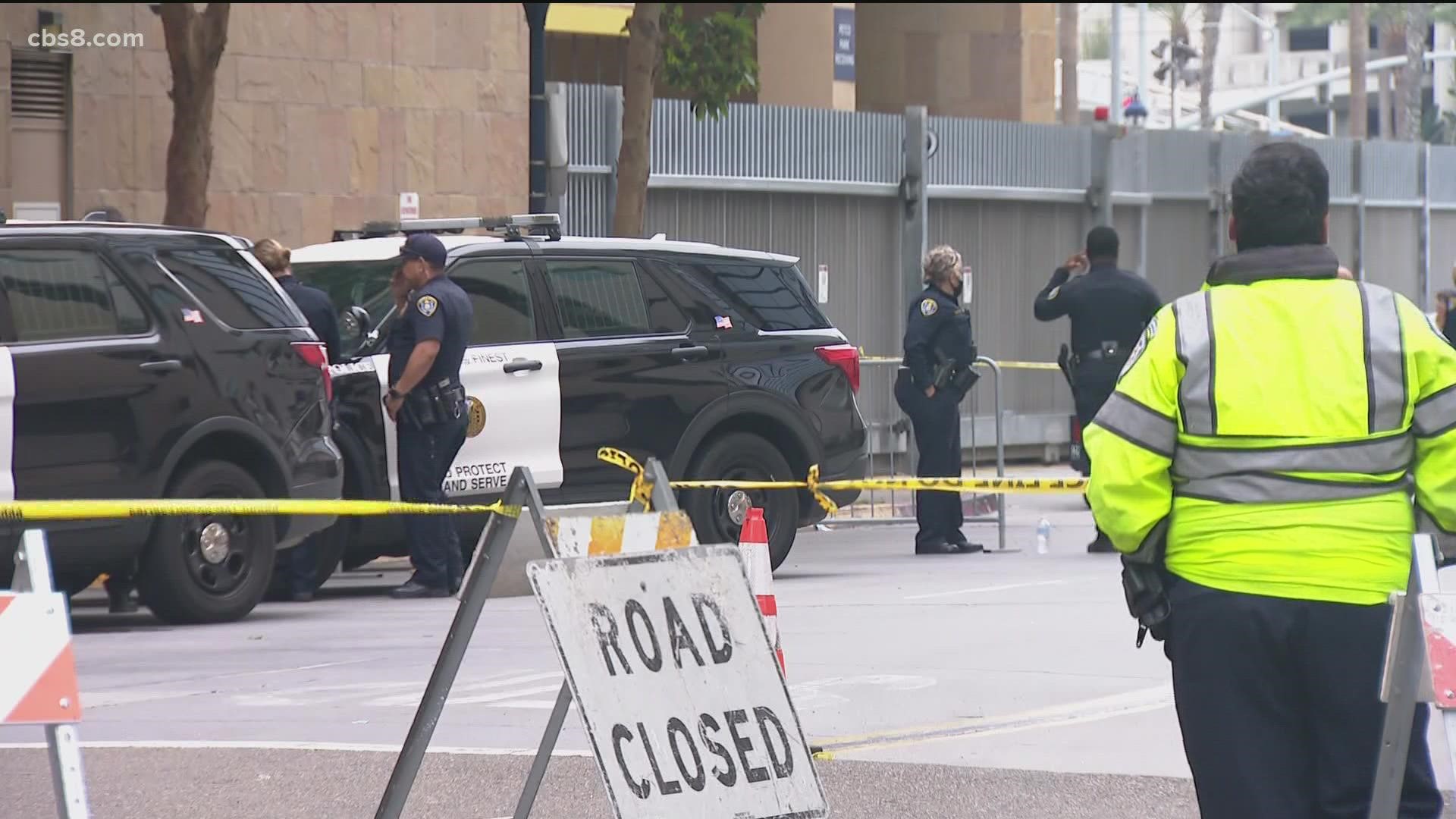 SAN DIEGO COUNTY, Calif. — Authorities on Sunday were investigating the deaths of a 40-year-old San Diego woman and her 2-year-old son, who fell from Petco Park's third floor onto the sidewalk below in an incident police described as "suspicious."

San Diego Police say they’re still investigating if this was an accident or if the woman intentionally jumped from the upper level of the concourse with her young son.

San Diego Police say to their knowledge, nothing like this has ever happened before. They say the woman and her son were here at the baseball game, just before it started, when they fell six stories to their death.

“We feel horrible for the families. Our hearts obviously go out to the family members but also to the people here who could potentially be traumatized by this, that saw this,” said Lt. Andra Brown, with he San Diego Police Dept., Homicide Unit.

Shane Harris, president of People's Association of Justice Advocates and a San Diego civic leader, said he plans to stop by Tony Gwynn Way and L Street at 6:30 p.m. Sunday to pay his respects to the mother and child, and to light a candles and lay flowers near the spot where the two died. and to pray for her family.

"This is deeply saddening, troubling and painful not just for the family but San Diegans as a whole," Harris said. "We are all praying for the family of this mother and her child especially at such a difficult time."

Brown says it happened just before 4 p.m. on Saturday as the Padres were getting ready to play the Atlanta Braves. She says the father of the child was also at Petco Park when the incident happened.

Police barricaded the area at L Street and Tony Gwynn Drive where the woman and her child landed just outside of the ballpark. Investigators also blocked off the area on the upper level where they believe the incident began.

The names of the victims haven’t been released but Brown did say the woman and child are from the San Diego area.

Investigators say they’ll be on this scene for several hours but they’re also looking for witnesses.

There were thousands of people at Petco Park and for anyone who may have seen anything, can call the San Diego Police Dept. or Crime Stoppers.

On Sunday, the San Diego Padres released the following statement:

“We are deeply saddened by the loss of life at Petco Park last evening.  Our thoughts and prayers are with the family of those involved.  We will continue to refrain from comment on the nature of the incident as it is an ongoing investigation by the San Diego Police Department.”

Editor's note: Initial information from sources on Saturday referenced that the woman had jumped from the upper level. That has not been confirmed at this time by SDPD. Additionally, it was initially reported that the woman and child fell from a bridge near between the Omni Hotel and Petco Park. The location was later updated to the upper level within Petco Park. Both of these items have been updated in this story.