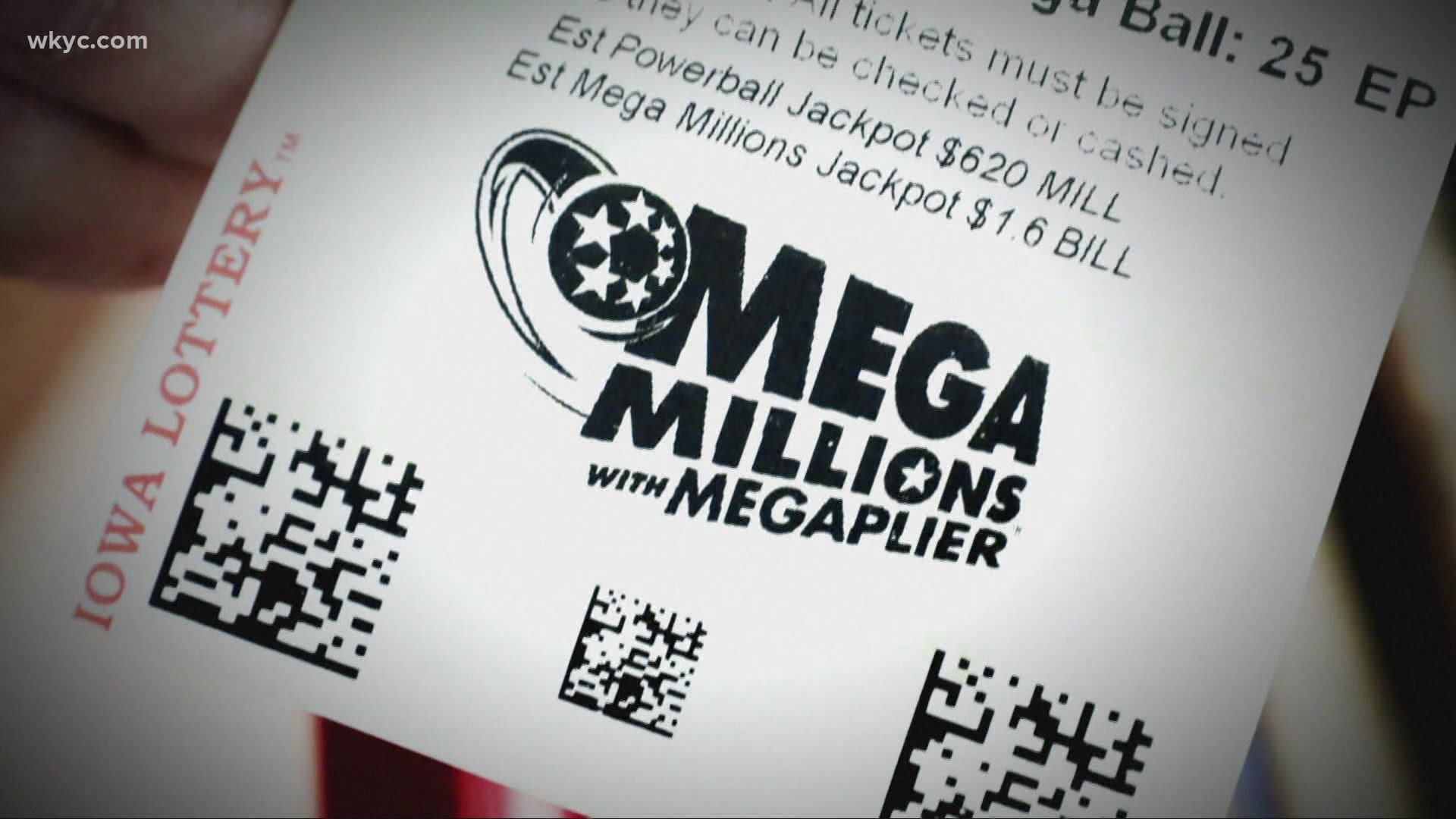 The winning auto-pick ticket matched five numbers, only missing out on the top jackpot for not matching the Mega Ball.

The next estimated jackpot is $62 million for Friday’s drawing at 11 p.m.

This is the second $1 million winning Mega Millions ticket sold in Ohio during the month of June. Somebody won a $1 million prize after buying their ticket at Twinsburg Beverage in Twinsburg.