What should you do if you win the lottery? 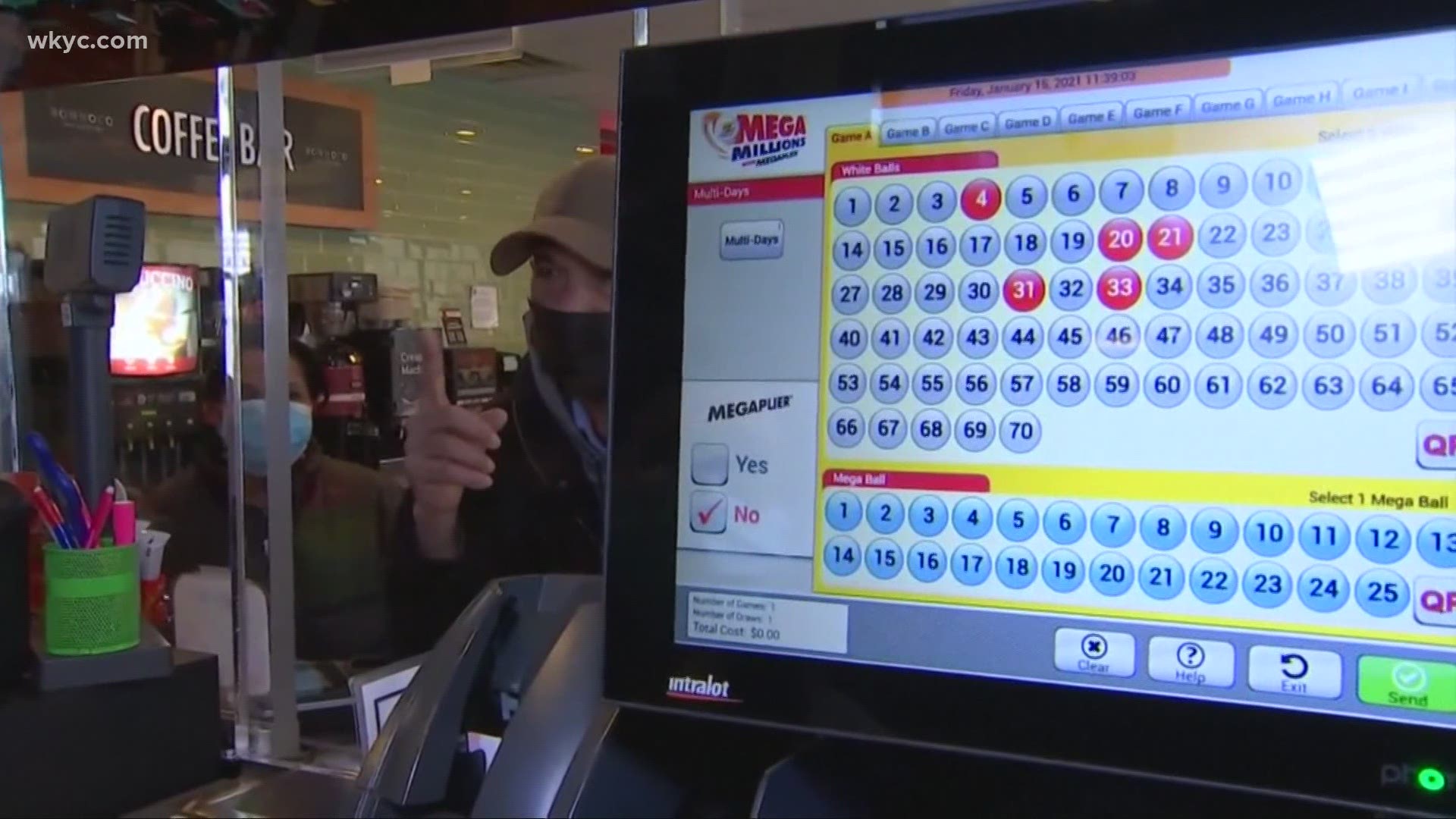 BEREA, Ohio — There is lotto fever as the Mega Millions jackpot hit a billion dollars this week.

It marks the third-largest jackpot in U.S. history, and people are wondering what they would do if they won.

"I would buy myself and all my family members new houses," lottery hopeful Chrissy Wilk said.

"We would like to buy a big motor home," added Robert Fellin, who also bought a ticket.

Attorney Margie Karl of Berea knows just what it is like, because some of her clients have hit big and she went with them to pick up their winnings.

"Going in...you saw all the pictures and the big checks and everything hanging up," Karl remembered.

Their identities are secret, while their money is safe in private accounts. One is called "Mom’s Birthday Trust."

"[A] couple of the other ones I had were something related to a birthday or, like, a certain date," Karl said.

The current Mega Millions jackpot has been climbing since September, and is in the midst of its largest stretch ever without a winner. Should you break the drought, however, some advisors say you should not act too quickly.

"The first thing I’d say is that you don’t have to do anything right away," said Chris Beal of New England Financial Advisors. "You should probably build [a] team around you of a certified financial planner and a certified public accountant."

They can crunch the numbers. You may also want to sign your ticket and even take a photo or video with it.

Advisor Phil Huff of Independence Wealth Advisors says Ohioans spend an average of $252 each year individually on tickets. He suggests putting the money in something such as a 401(k) or 529 instead of tickets.

"If it’s something that we’re actually doing pretty regularly and we’re using money to buy these tickets, it could be, in my opinion, a waste of money because of the odds of us winning," he said.

Beal said about three quarters of all big lottery winners go broke in two to three years, though Margie Karl said that has not been the experience with her clients whose winnings were smaller.