Mayor Ginther said the statue on the Broad Street side will be placed in storage. 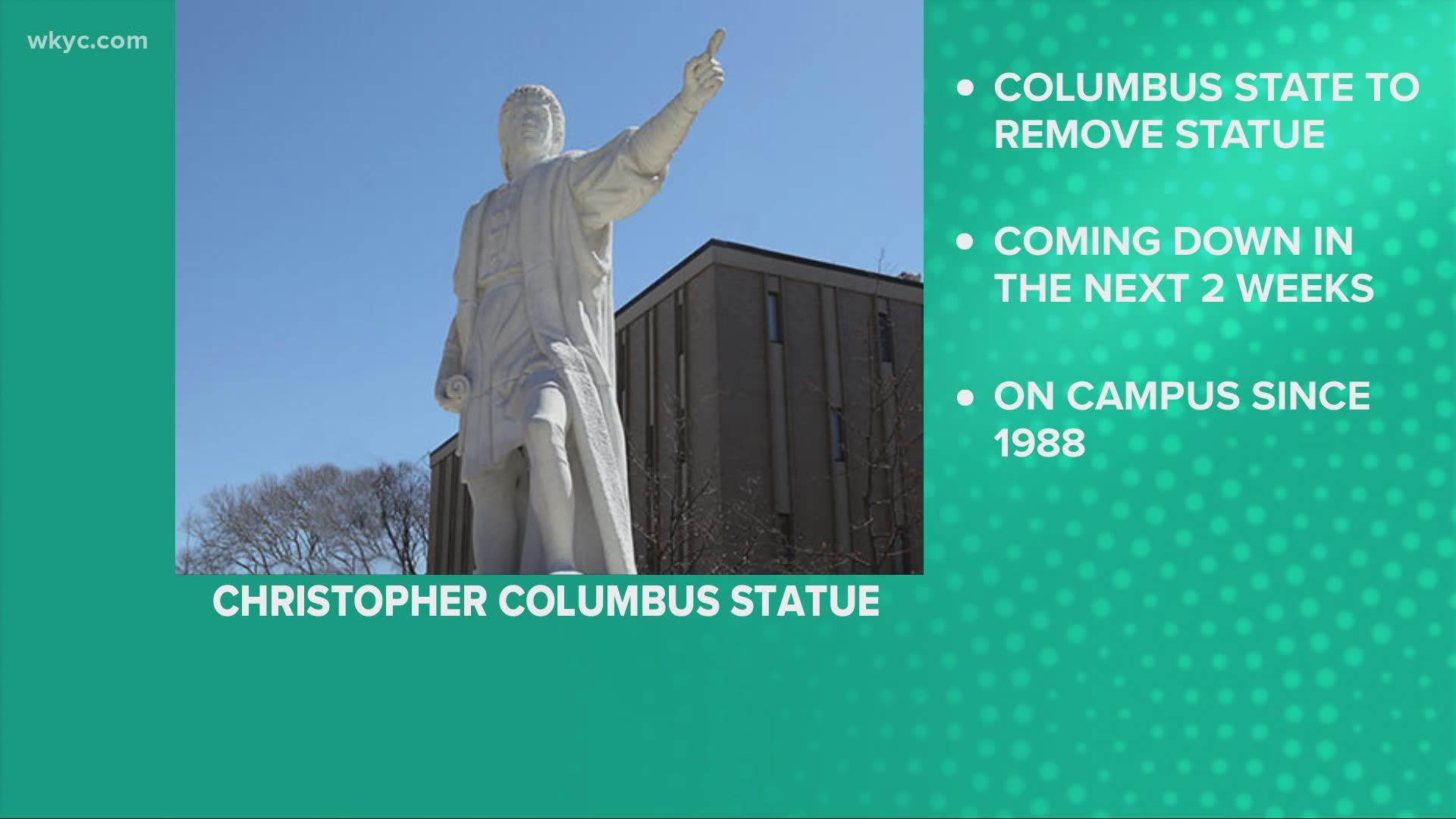 COLUMBUS, Ohio — Columbus Mayor Andrew Ginther announced the statue of Christopher Columbus outside of city hall will be removed as soon as possible.

Ginther said the statue on the Broad Street side will be placed in storage.

“For many people in our community, the statue represents patriarchy, oppression and divisiveness. That does not represent our great city, and we will no longer live in the shadow of our ugly past,” said Mayor Ginther. “Now is the right time to replace this statue with artwork that demonstrates our enduring fight to end racism and celebrate the themes of diversity and inclusion.”

Ginther said he has asked the Columbus Art Commission to lead an effort to replace the statue with public artwork that "better reflects the people of Columbus and offers a shared vision for the future."

“By replacing the statue, we are removing one more barrier to meaningful and lasting change to end systemic racism,” said Mayor Ginther. “Its removal will allow us to remain focused on critical police reforms and increasing equity in housing, health outcomes, education and employment.”

The Columbus Art Commission will also help determine where the statue will be placed.

The Christopher Columbus statue was a gift from the people of Genoa, Italy in 1955.

"Columbus City Council is focused on eradicating systemic racism, police misconduct and social injustice through every means possible. While that is our daily focus, we also hear the raised voices in the streets regarding this monument to Christopher Columbus.

"Removal and replacement of the statue will not feed families or end racism. We understand this statue is also a symbol of oppression and enslavement. We support it moving and will work with residents to ensure that new public art at this site and memorials all around our city celebrate the best of us, our cultures and our dreams for the city we are working to build together.

"We would also like to express our sincere respect and thanks to the people of our sister city Genoa, Italy, who gifted the piece in 1955. We will work together to keep the shared spirit of friendship and culture alive as we consider how best to use this historical figure to educate future generations."