More than 200 people gathered for the event is Rocky River. 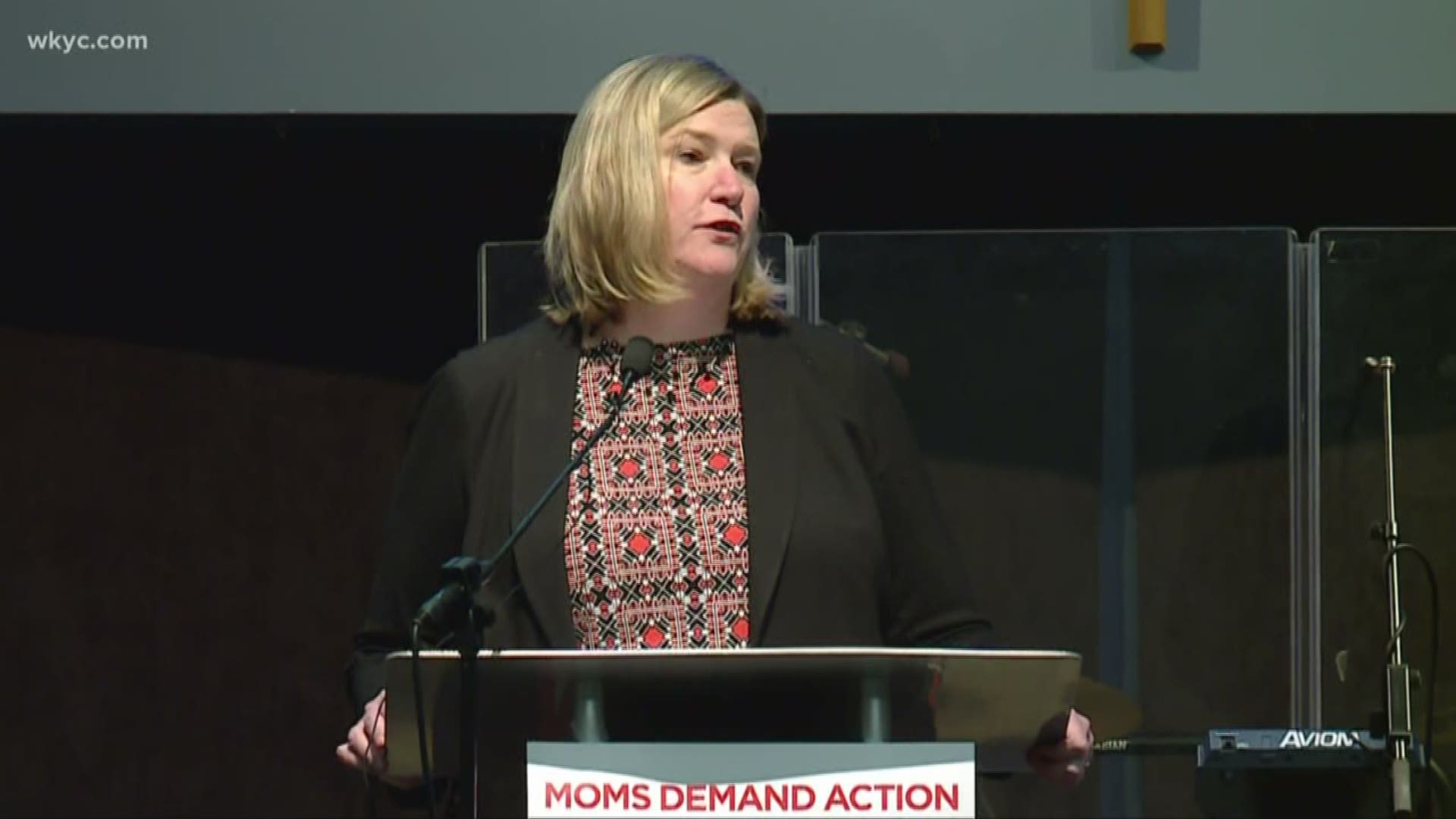 ROCKY RIVER, Ohio — In Ohio, an average of 1,400 people are killed by gun fire each year a press release reads.

The event aims to encourage attendants to participate in the movement to protect people against gun violence.

"The ‘Power of Moms’ event will align and elevate the voices of mothers and others who know that gun violence is preventable and want to do something to end the gun violence epidemic," a press release read.

The event featured guest speaker, Mayor of Dayton Nan Whaley. In August 2019, nine people were fatally shot and 17 other were injured in a mass shooting in Dayton's Oregon business district.

Since the shooting, Mayor Whaley has worked to help her city recover the trauma and in the process has become an advocate for safe gun reform.

Event attendees also heard from gun violence survivor,Brittany Dalton of Cleveland Heights. Dalton was injured in a drive-by shooting in 2018 while picking up her son from school.

Claire Keanna with Students Demand Action at Case Western Reserve University will also be present and speak at the event.

3News cameras were at the event and streamed it on our YouTube and Facebook Pages. You can watch the event in the player below.