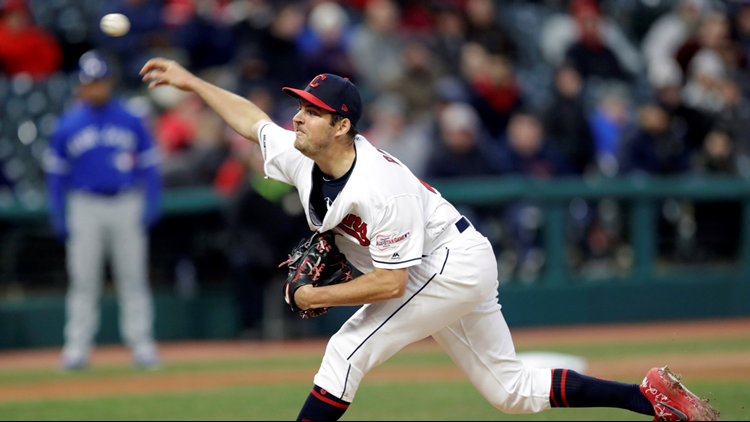 MLB insider Ken Rosenthal: Indians will be 'aggressive listeners' when it comes to trade offers for SP Trevor Bauer

Only a month ago, it seemed like the Indians were destined to be sellers at this year's trade deadline. Multiple starting pitchers were placed on the injured list, the offense was one of the worst in baseball, and the team stood 11 1/2 games behind the Minnesota Twins in the American League Central division.

But as we reach the All-Star break (in Cleveland, no less), the Tribe has suddenly gone on a 21-8 tear. Younger starters have picked up the slack in the rotation, the offense has drastically improved, and just like that, the squad is only 5 1/2 behind the Twinkies while also holding on to the AL's second wild card spot.

The situation is obviously great for the team, but it also makes the question of whether to sell (or even potentially buy) at the deadline much trickier. However, even with the recent success, Cleveland will still be listening to offers when it comes to at least one of its stars.

Prior to Monday's Home Run Derby, Ken Rosenthal of The Athletic and Fox Sports spoke about staff ace Trevor Bauer, whose name has been the subject of trade talk even since before the season. While the award-winning reporter acknowledged it is "still not clear" whether the Indians would part with Bauer (especially when they are in contention), he expects the Tribe's status as a "low-revenue team" to at least factor into their plans.

"He's going to make [about] $20 million [in arbitration] next year, and then walk as a free agent," Rosenthal said. "So if that all is the case—and it is—it would behoove the Indians to think of some things now and maybe get some Major League help in return."

One team in particular was mentioned: the New York Yankees, who currently boast the best record in the American League despite a rather average starting rotation. Rosenthal believes Bauer would "fit perfectly" in the Bronx, and added that New York's top scout was apparently in Cincinnati on Sunday to watch Bauer pitch.

There are some outlying factors when it comes to possibly trading Bauer, notably his stated desire to only sign one-year contracts throughout his playing career. That could potentially make it harder to sell him to some teams with doubts about locking him up long term.

Rosenthal was also asked by Hall of Famer Frank Thomas how Indians fans would react should Bauer be dealt, as relations between the fans and ownership have already been frosty during the previous months. But Rosenthal doesn't necessarily see any potential Bauer trade as the start of a full-scale rebuild for the Tribe, but rather a way to reload even as soon as this season.

"Their pitching...wouldn't fall apart if they traded Bauer," Rosenthal stated, pointing to the emergence of Shane Bieber and the impending return of two-time Cy Young Award winner Corey Kluber (and potentially Carlos Carrasco, who is undergoing treatment for leukemia). "And if they could get back an outfielder...what about a Hunter Renfroe [from the San Diego Padres]?...An outfielder and a young starting pitcher for Trevor Bauer? That would be something that, I would imagine, would tempt the Indians."

While still solid coming off a 2018 campaign that saw him emerge as an All-Star and Cy Young candidate, the 28-year-old Bauer has regressed a bit this year, going 8-6 with a 3.61 ERA. Still, he leads the Majors with 132 innings pitched, something that could make him all the more valuable for any contending team.