Newly released 911 tapes reveal tense moments after a baby may or may not have survived an abortion at a Phoenix family planning clinic back in February. 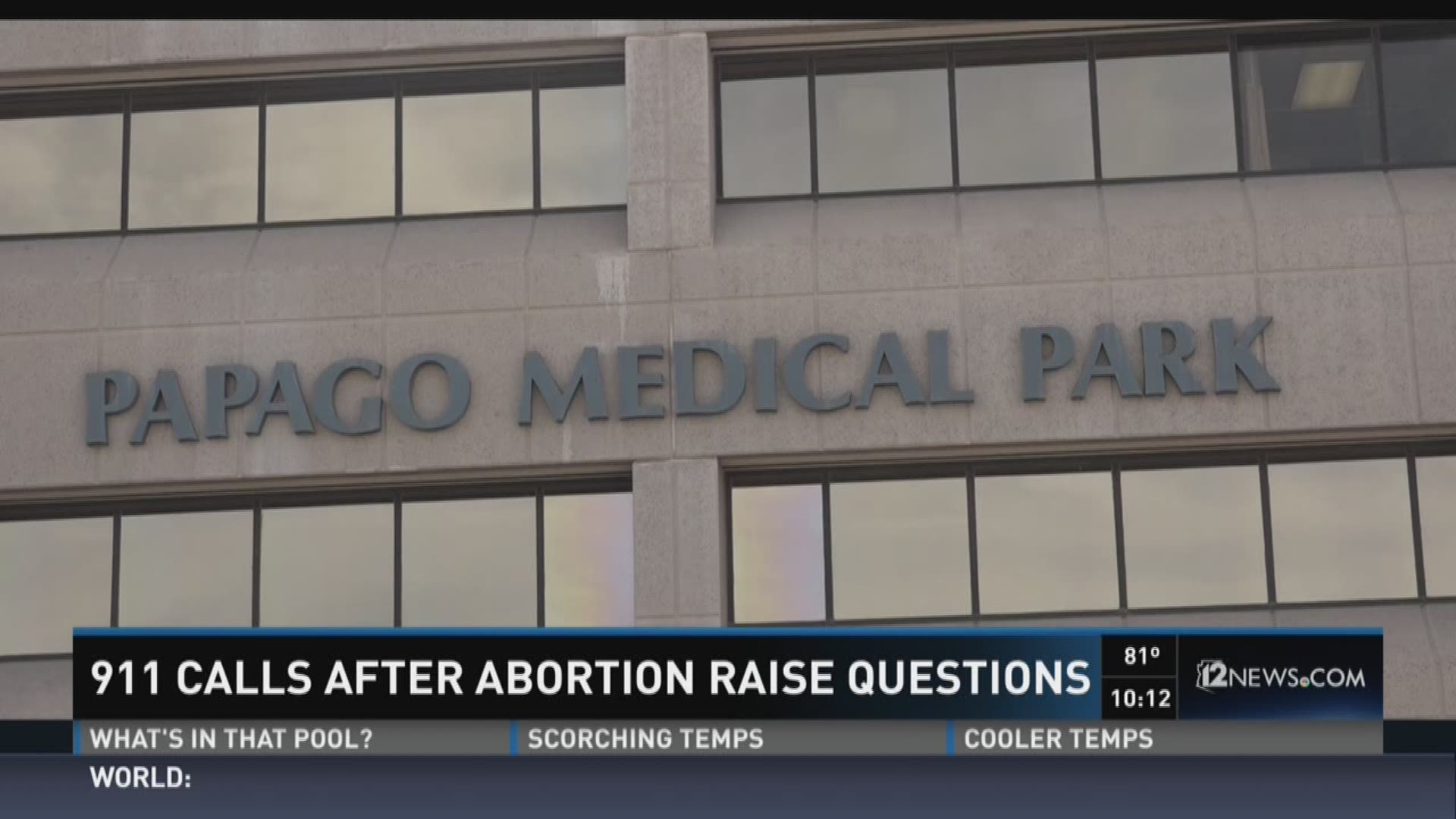 PHOENIX -- Newly released 911 tapes reveal tense moments after a baby may or may not have survived an abortion at a Phoenix family planning clinic back in February.

The incident struck a chord with many pro-life advocates, who held a vigil and protested the incident. Others wondered about not only the legality, but the morality of the incident.

In the 911 calls, a clinic worker told the dispatcher a fetus that was removed had vital signs.

"There was a termination that was performed," the worker said. "There is a fetus that is breathing right now, so we need someone to do services."

The 911 operator asks if the fetus has been harmed in any way.

The worker answered no, and said the fetus needed further help other than what the clinic could provide.

"The fetus is breathing so we need care for it now," said the caller. "We can't provide that care except for oxygen and we're trying to keep the fetus stable until someone arrives."

Federal law states that a clinic has to provide medical care to a baby who survives an abortion.

That was the case in this incident.

"Nobody did anything wrong," said Kat Sabine, Executive Director of the Arizona chapter of NARAL Pro-Choice America in April when she spoke with 12 News.

"Absolutely nobody did anything wrong. The doctor, in fact, did everything right,” said Sabine.

According to police reports released in April, the baby was estimated to be 21 weeks old. The legal limit on the latest an abortion can be performed is set at 24 weeks.

According to the documents, the doctor told police that she checked several times if the fetus had a heartbeat, but didn't find one.

However, when the fetus was being weighed on a scale, a worker said, "Oh my God, this fetus is moving," according police documents.

Pro-life activist and lawyer John Jakubczyk said it's not the legality, but rather the morality that the groups were calling attention to.

"Maybe the child was born and lived for a moment. Maybe it lived for more than a few moments, I don't know,"Jakubczyk said. "I wasn't there. But I do know this, you had a human being that was born, a human being who died."

According to documents, the fetus died minutes after being taken to the hospital.