"It will be the best presidential funeral ever. No one will ever have seen anything like that funeral," joked ABC News correspondent Terry Moran, according to a video of the exchange published by entertainment and media news outlet The Wrap.

Moran made the comment alongside ABC News' Devin Dwyer after calling Trump's presidency a "repudiation" of what Bush and his son, Former President George W. Bush, "stood for," but one that the voters wanted.

"And perhaps a recognition, in terms of his involvement in the proceedings by President Trump, that he some day will be getting a similar treatment when he passes, as a former president of the United States," Dwyer responded.

"Probably a different tone in that funeral," Moran quickly jumped in. "First he’s going to choreograph it. So, there might be more trumpets and fanfare."

Dwyer replied: "Yes, he would do it bigger, one would imagine."

More: From George Washington to George H.W. Bush: The history of presidential funerals

The panelists' exchange came as an ABC News livestream showed Bush's funeral procession on the tarmac of Joint Base Andrews.

According to the White House Historical Association, president are asked to plan their own funeral services shortly after taking office.

Dan Gainor, vice president on the conservative Media Research Center, condemned the the journalists' remarks as "despicable garbage" in comments made to Fox News.

"I would say ABC News should apologize, but it wouldn’t be sincere if it did. This is about the billionth example of unprofessional journalism in their attacks on Trump. It’s only more outrageous because of the solemn occasion,” Gainor told the network.

Gainor's group's "sole mission is to expose and neutralize the propaganda arm of the Left: the national news media," according to its website. 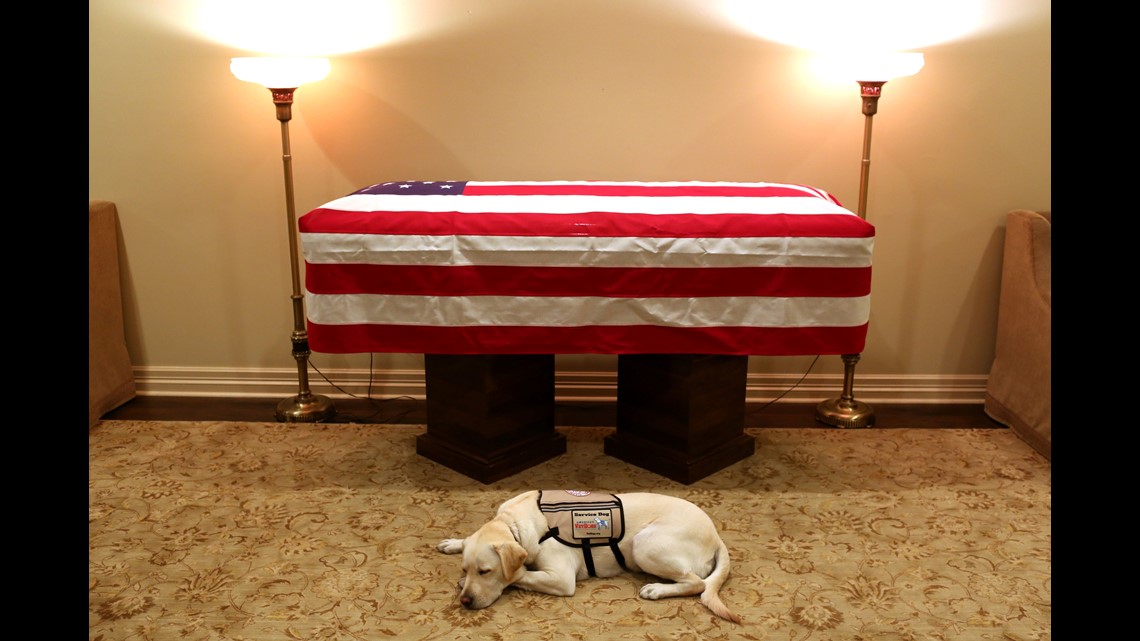