After church shootings, concerned congregations aim to protect their flocks 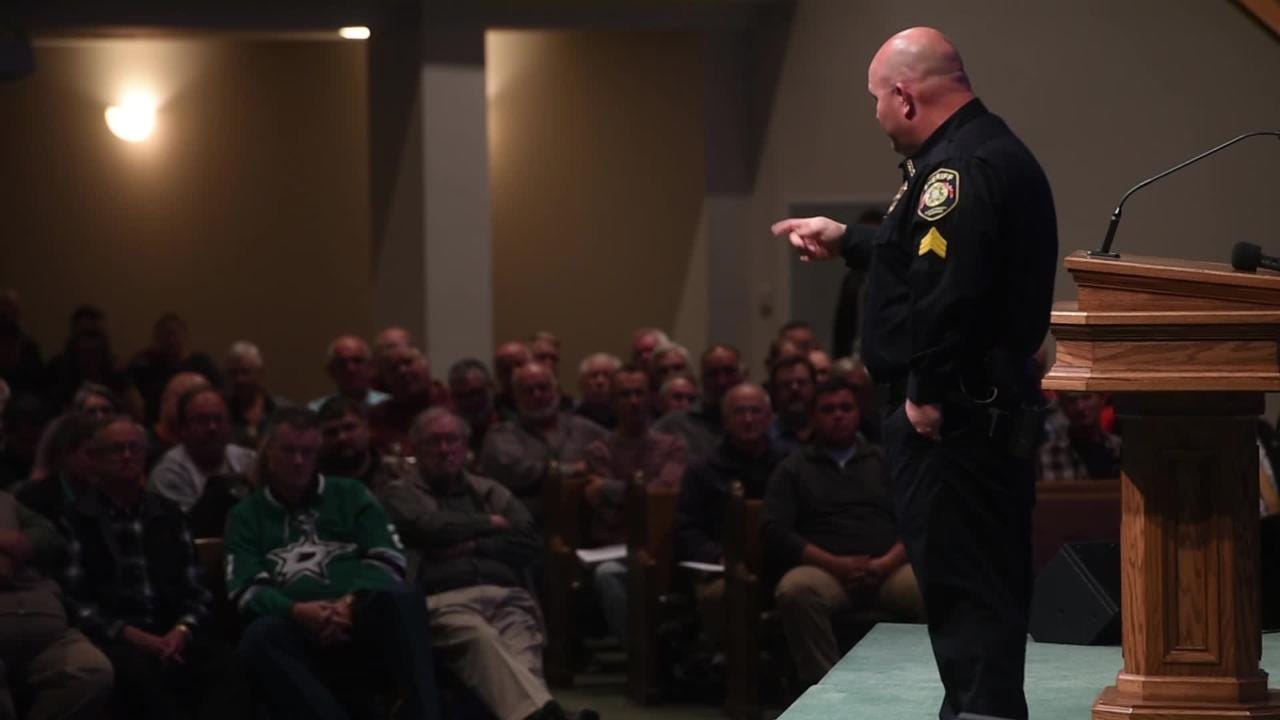 "We have got to get rid of the thought that it’s never going to happen in my church,” Blair told 1,100 people at a Nov. 27 "active shooter" seminar for houses of worship he led at East Maryville Baptist Church.

"Do you think in Texas, when they came to church to worship the Lord, they thought someone was going to come in and shoot their church up? I guarantee they didn't," Blair said.

It was Nov. 5 when a gunman killed 26 people, including an unborn baby, and wounded 20 more at First Baptist Church in Sutherland Springs, Texas. Six weeks earlier, on Sept. 24, a woman died and seven people were injured at Burnette Chapel Church of Christ in Antioch, Tenn.

What should a church do?

Many Tennessee congregations are discussing what security they need, want and can afford. Some no longer debate guns. They worship, some for years, under the watch of security teams comprised of armed and unarmed church members.

Some congregations decide against guns. They lock doors during services, monitor security cameras, and ask members to be more watchful of anything or anyone unusual.

Credit: Calvin Mattheis/News Sentinel
Knox County Sheriff's Office Legal Counsel Mike Ruble speaks during a presentation by the Sheriff's Office on how to protect a church congregation during an active shooter situation. The presentation was held at Temple Baptist Church in Powell, Tennessee, on Saturday, Dec. 2, 2017.

Who's bringing the guns?

Blair asked those at the Maryville seminar to imagine an armed intruder in the church. If everyone in the congregation pulls a gun, innocent people will get hurt.

“What if every person in this room picked up a hymnal and tossed it at that gunman?" Blair suggested. "I don’t know a marksman alive that can make accurate hits if we are throwing every hymnal we got at him.”

Churches must balance welcoming everyone while protecting worshipers as they consider issues like legal liability and budget constraints. Legal experts advise congregations talk to an attorney and their insurance companies as they plan.

Congregations can hire private security forces or employ off-duty law enforcement. “If you put a police car outside your church on Sunday, that lets people know there is trained security,” Blair said.

Churches often hire off-duty officers for Sunday traffic control and security. Cost varies, but ranges from $90 to $120 for three to four hours in Blount or Knox counties. Officers said more East Tennessee churches have inquired about hiring officers since the Texas shooting.

A church also can form its own team of armed and non-armed members. A church employing members as security must be certified as a proprietary security organization with the state of Tennessee. The fee is $300.

Each person, armed or not, on the church security team must complete a set course of training. Cost varies but can be $200 for 16 required hours of armed guard instruction.

At Knoxville's Tennessee Valley Unitarian Universalist Church, gun violence isn't a "what if." It's what happened.

A gunman killed two people at TVUUC before being tackled by churchgoers on July 27, 2008. Jim David Adkisson pleaded guilty to two counts of murder and was sentenced to life in prison.

Senior minister the Rev. Chris Buice is reluctant to detail TVUUC's post-shooting security. Measures include locking all but one door for services and asking staff and members to be vigilant. The church employs armed security for special events.

Buice said TVUUC worked with law enforcement for advice on church safety, something he recommends for other houses of worship.

"It's easy to become guarded and cautious and forget that the whole mission of a church is about welcoming. It's important to remember why are we here and how do we keep this a safe place and be true to what we are," Buice said.

"It's about being grounded in faith not about living in fear."

“We have a unique balance — to love God and to love people, but we have to protect our (church) body as it gathers and studies the world and worships together. We don’t want people to have to look over their shoulders," said the Rev. Keith Johnson, East Maryville Baptist's senior pastor. That church's in-house security team includes armed and unarmed members.

“We understand that the battle we are in is a spiritual battle," Johnson said. "We can’t necessarily deal with evil except with force. And we believe that our first obligation is to protect our church family."

KCSO teaches public how to respond to an active church shooter

1 / 11
Calvin Mattheis/News Sentinel
Knox County Sheriff Assistant Chief Lee Tramel speaks during a presentation by the Knox County Sheriff's Office on how to protect oneself and their congregation during an active shooter situation at a church held at Temple Baptist Church in Powell, Tennessee on Saturday, December 2, 2017.