Boxed CEO Chieh Huang and the genius of frugal leadership

Boxed CEO Chieh Huang: from a garage to $100M 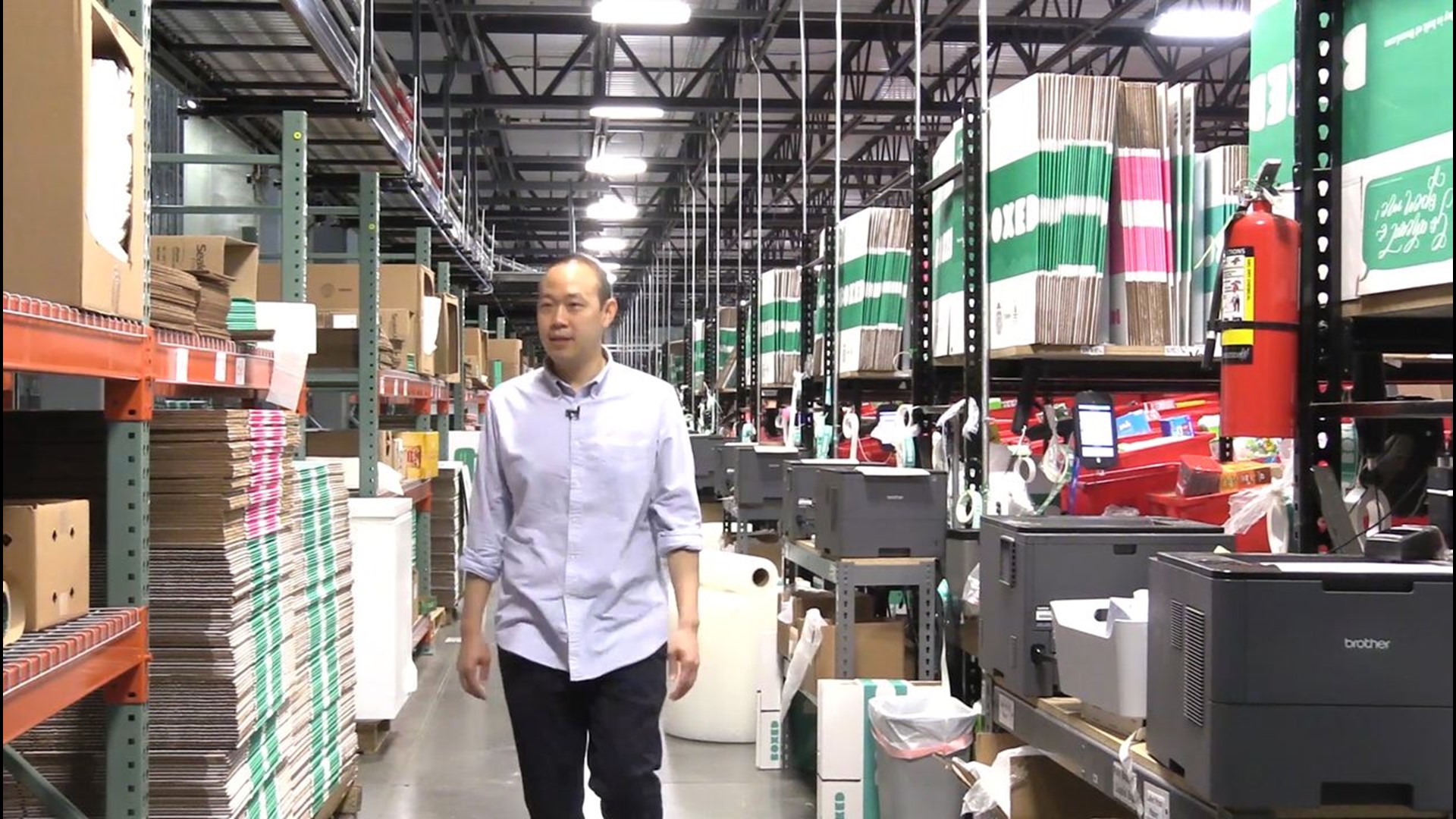 “I bet he won’t bring anyone with him. If he does, it will only be his publicist,” I said to my assistant, as we sat in the green room of USA TODAY's studio overlooking Broadway in New York's Times Square.

My assistant shot back “Are you kidding me? He runs a company valued at over half-a-billion dollars, and his net worth is somewhere close to that. He’s coming in with an entourage deeper than Wu-Tang clan!”

Less than 10 minutes later, Chieh Huang, CEO and co-founder of Boxed, arguably one of the hottest young companies in the retail delivery industry, arrived for the first taping of Uncommon Drive, an interview series at usaandmain.com where we talk to founders, creators and others whose stories can provide motivation and inspiration. Huang has built Boxed to more than $100 million in annual revenue in five years.

He walked in alone.

I jokingly asked where was his entourage. “Those are too expensive,” he replied.

Credit: Robert Deutsch, USA TODAY
Boxed CEO Chieh Huang in the company's warehouse in Union, N.J. He quit his job as an attorney to start a mobile gaming company in his Mom's basement. He and his team pivoted to mobile shopping and have grown Boxed.com into a $100+ million company.

That was the first in a series of lessons Huang, whose company sells bulk items that range from paper plates to sparkling water online (it has been called the digital version of Costco), would teach on the importance of being a frugal leader. I pride myself on being able to spot the traits of successful leaders after having spent nearly a decade working for billionaires Oprah Winfrey and Enver Yucel.

I counted three more gems before our official interview began:

►Walking to the studio, Huang apologized for being underdressed. He was wearing a basic black cotton T-shirt with his company’s logo printed on it. He said, “This is Boxed’s standard dress.”

►As the sound technician connected our mics, Huang mentioned he was a bit sore from being sandwiched between two people in economy class seating on his way back from an overseas trip. I told him the solution is to fly business or first class. He responded “I created core policies when we started out in the garage we all must stick to, even me.”

►Having just finished a multileg overseas trip, Huang quipped that if his co-founders were with him, they would have all shared the same room. “It’s just what we do. We're not a high-maintenance group."

Credit: Robert Deutsch, USA TODAY
Boxed CEO Chieh Huang quit his job as a high-profile sports attorney to start a mobile gaming company in his mother's basement. He and his team pivoted to mobile shopping and have grown Boxed.com into a $100+ million company.

I don’t think Huang realizes how profound these simple statements and actions are. They showed me that Huang is frugal, and I believe frugality is one of the keys behind his success in growing Boxed from only $40,000 in sales in his parent’s garage in 2013 to more than $100 million in revenue today, with state-of-the-art warehouses in multiple states.

Frugal leaders win because they show their respect for all stakeholders in a business — whether it's staff, customers, partners or investors — by not wasting their time or resources. We’ve all experienced the leader who lavishly overspends on company trips or who cares little about wasting the time of staff by assigning them irrelevant tasks. This type of leader often loses in the long run because they don’t have the best interest of all key players necessary for the success of the business.

Huang's stewardship of Boxed’s skyrocket growth is not happenstance. It’s because of a series of traits he possesses, one of which is frugality.

To learn more about how Chieh Huang built Boxed, be sure to watch the full interview on Uncommon Drive  at usaandmain.com.

Paul C. Brunson the host of USA TODAY's video series Uncommon Drive, is a serial entrepreneur with three exits, a pioneering matchmaker (yes, he is the “real life Hitch”), and is building a school in Jamaica. Follow him on LinkedIn or Instagram for behind the scenes footage and insights from his interviews and travels.

The views and opinions expressed in this column are the author’s and do not necessarily reflect those of USA TODAY.

Credit: Courtesy of Paul C. Brunson
Paul C. Brunson the host of USA TODAY's video series Uncommon Drive, is a serial entrepreneur with three exits, a pioneering matchmaker (yes, he is the “real life Hitch”), and is building a school in Jamaica. Follow him on LinkedIn or Instagram for behind the scenes footage and insights from his interviews and travels.