Women could be majority in Nevada Legislature 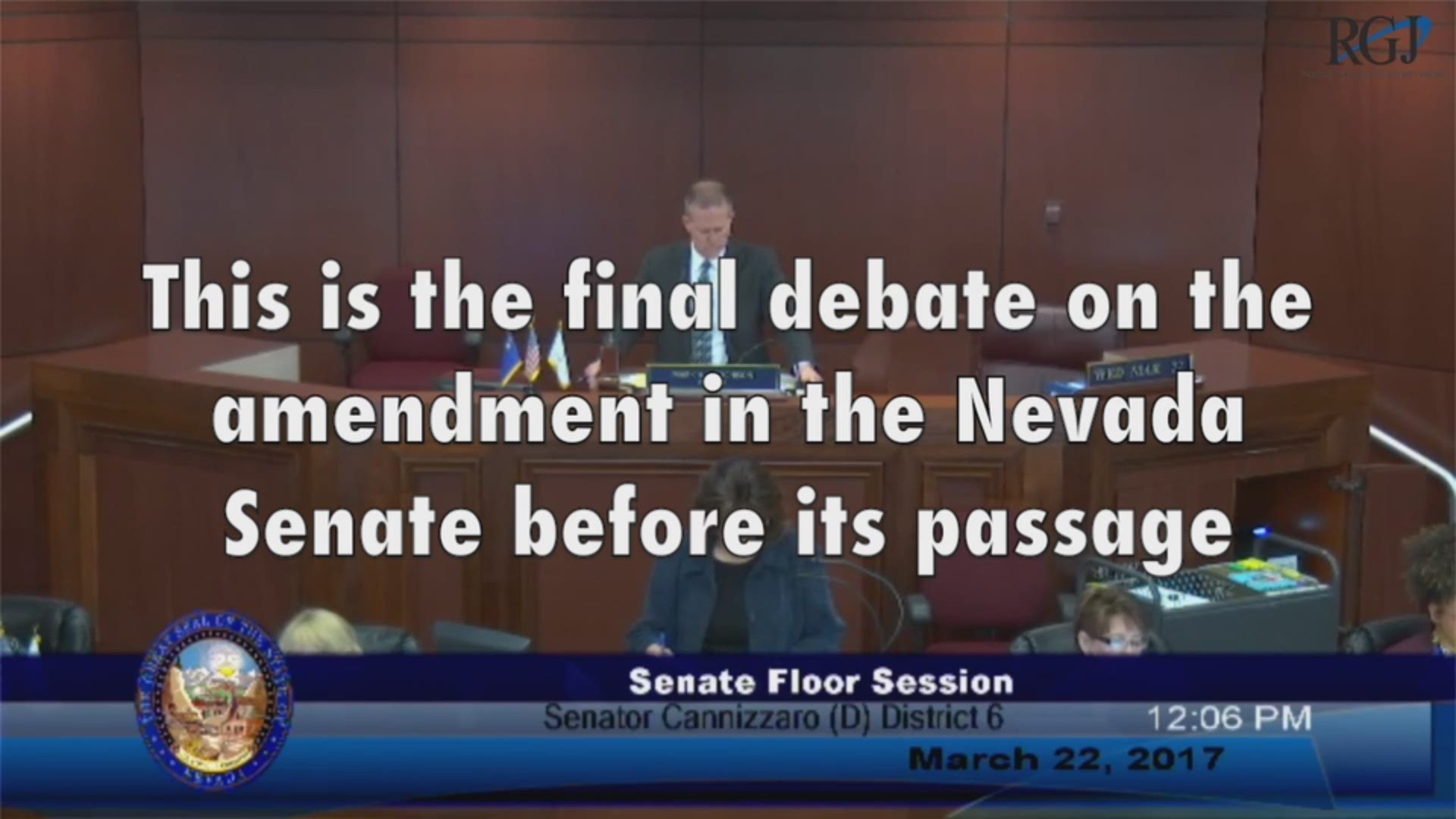 Women already make up nearly 40 percent of those elected to serve in Carson City and — after winning a record number of primary contests in June — could make up nearly two-thirds of the statehouse by Nov. 7.

'The difference is women are finding their voices'

All of which helps explain why national media have descended on the Silver State in recent weeks to proclaim it the nation’s best chance to close the state legislative gender gap in 2018.

"We ended up with more than double the number of recruits this year than we've had in any of the past 12 years," said Danna Lovell, director of Emerge Nevada, a Democrat-linked candidate training nonprofit based in Las Vegas. "I think the difference is women are finding their voices."

Lovell's group helped train more than a dozen statehouse contenders on this year's ballot, including several first-time candidates. She likes their chances.

"In the past, we've had to ask women five, six, seven times to run for office," Lovell said. "Whereas now, they're worried. They're scared about what's going on in their communities. ... I think there's an extremely great possibility for a female majority."

So how likely is it?

A Reno Gazette Journal analysis of voter registration data shows the chances of a female majority will likely boil down to a handful of key races in battleground districts.

Based on their party registration and the partisan makeup of their districts, it shows women are favored to control 27 seats heading into the 2019 Nevada Legislature — 19 in the Assembly and eight in the Senate.

Still, they have to add at least five seats — including four in highly competitive Assembly districts — to secure a 32-seat majority.

Women are already close to getting a majority in the 42-member Assembly.

They are expected to hold 19 seats heading into 2019, including:

If women candidates can unseat incumbents in four less-politically-friendly districts, and defend a swing seat held by Assemblywoman Lesley Cohen, D-Henderson, they would outnumber men in the 42-seat Assembly and likely lock up a bare majority in the whole Legislature.

Then again, that’s a big if.

All five potentially must-win Assembly battles will be fought in some of the state Legislature’s toughest electoral battlegrounds — places where the two major parties are often separated by fewer than 1,000 voters.

Only one such bout, Cohen’s race in District 29, will see a female candidate reap the well-established rewards of being an incumbent.

Meanwhile, two Democratic campaign newcomers, Shea Backus and Connie Munk, will be tasked with picking off a pair of better-known Republican incumbents in districts 37 and 4, respectively.

Republican Cherlyn Arrington will tackle the opposite task in District 21, where she’ll look to regain a slightly left-leaning seat held by Democrat Ozzie Fumo.

Former Republican Assemblywoman Jill Dickman, of Sparks, is faced with a similarly heavy lift in District 31 against incumbent Democrat Skip Daly, who took Dickman’s seat by a mere 38 votes in 2016.

Female candidates have similarly little room for error in the 21-seat Senate.

But they are expected to keep at least eight seats:

The latter contest seeks a replacement for outgoing nonpartisan state Sen. Patricia Farley, a former Republican who was targeted by a GOP-led recall effort after caucusing with the Democrats in 2017. She is not seeking re-election.

Little-known independent candidate Garrett LeDuff seems highly unlikely to spoil the race to take Farley's place in state Senate District 8, which is expected to come down to a slugfest between former Assemblywomen Marilyn Dondero Loop, a Democrat, and Valerie Weber, a Republican.

Democrat Julie Pazina will not have an easy time adding to female candidates' tally in Senate District 20, which likely counts as the only viable Senate pick-up opportunity for women in November. She faces current state Assemblyman Keith Pickard, R-Henderson.

The Henderson-area district — long held by Republican state Senate Leader Michael Roberson —  is also the second-most competitive battleground in the Senate, with fewer than 750 voters separating Democrats from Republicans.

The general election to decide those seats is scheduled for Nov. 6.

Nevada political experts say women gaining a majority in the Legislature is possible, if not exactly a sure thing.

“(President) Donald Trump does something every day to encourage Democrats to vote this year, so that helps,” he said. “This has the potential be an absolutely devastating election to the Republican party.

“So I think, especially with the (blue) wave coming, we’ll see more women in state government after November.”

Eric Herzik, a political science professor at the University of Nevada, Reno, thinks the blue wave will come in more like a blue ripple than a blue tsunami.

Yet Herzik, a registered Republican, said he too wouldn't be shocked if women emerged with a statehouse majority on Nov. 7.

"One thing research has shown us is that women are more likely to serve in states with part-time legislatures," he said. "Nevada already has a relatively high share of women in the state legislature. ... So no, (a female majority) wouldn't be a total surprise."