Family members remember Robert Jester as a big man with a big presence, and on Wednesday, his story made a big difference to many terminally ill Delawareans. 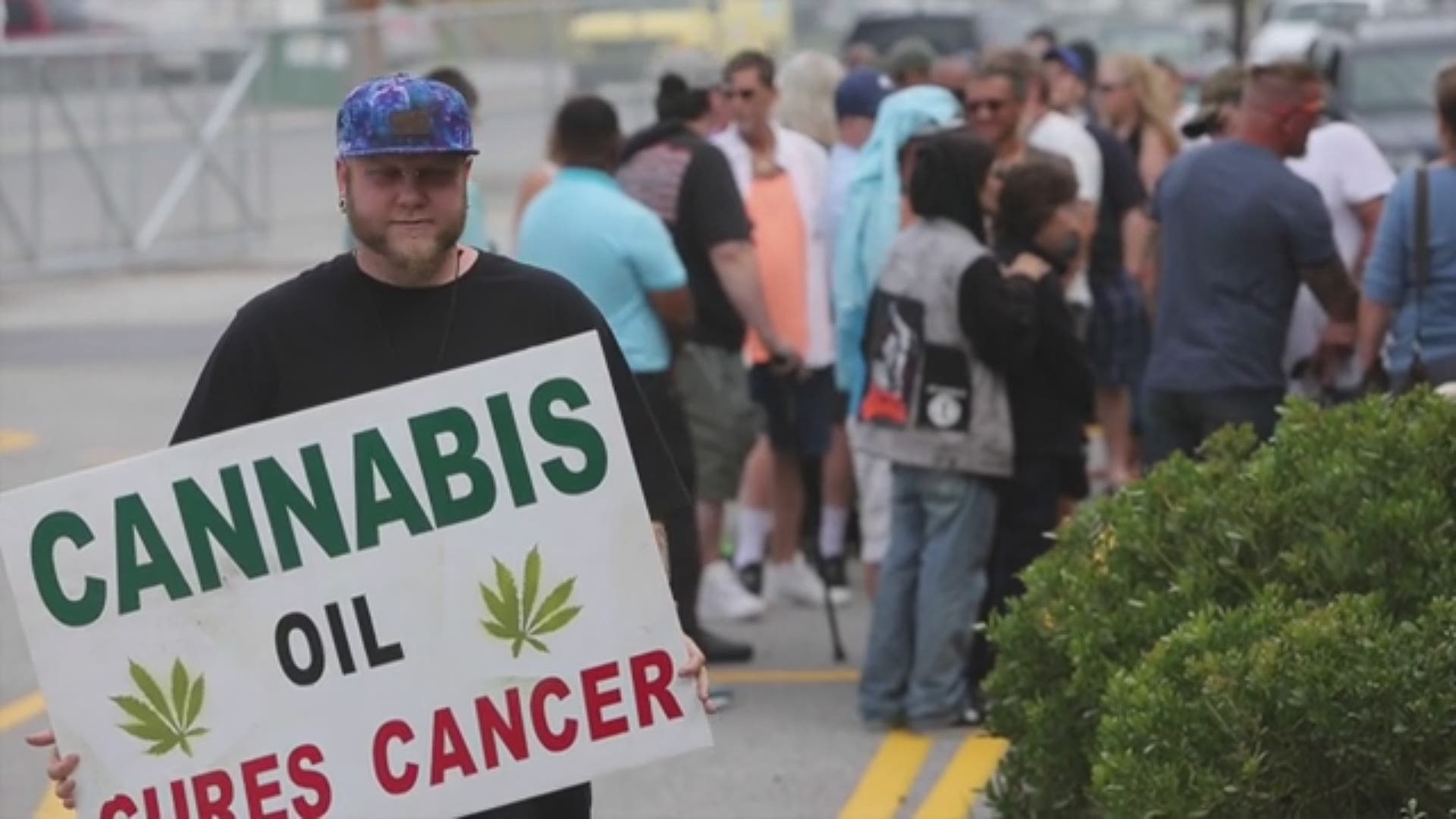 Family members remember Robert Jester as a big man with a big presence, and on Wednesday, his story made a big difference to many terminally ill Delawareans.

Gov. Jack Markell signed "Bob's Bill" into law on Wednesday, which allows adults with a terminal illness and terminally ill patients under 18 with pain, anxiety, or depression to apply for medical marijuana cards. Patients can begin applying for cards in three months.

Bob never got to freely use cannabis oil to manage the symptoms of his terminal cancer, but his son Rich, who lobbied for the change, is hopeful that others struggling with a terminal illness will find some relief.

"Ultimately this is the best way I could think of to honor his memory," Rich said at a press conference at the Helen Graham Cancer Center and Research Institute near Newark.

Policymakers also decriminalized marijuana last year, downgrading possession of an ounce of the substance from a criminal offense to a civil violation, like a parking ticket.

Bob was diagnosed with stage 3 lung cancer on his 62nd birthday — April 11, 2014. Family had to watch as the former restaurateur grappled with nausea, depression, anxiety, chronic pain, fatigue and lack of appetite brought on by over 20 rounds of chemotherapy and radiation.

Rich knew the benefits of medical cannabis; his wife has a medical marijuana card to purchase the medicine for her fibromyalgia pain. But he had a hunch that it might work for his dad, too, so he helped him try some oil. And it worked.

His father was laughing and eating again. Bob's tumor had shrunk by one-third, but once his oncologist found out he was using the oil illegally, the treatment was shut down. Bob had to use heavy painkillers like oxycotin and fentanyl instead at extreme doses, Rich said.

Bob passed on Jan. 7 after struggling for almost two years.

Rich, overcome with anger, didn't know what to do at first. Finally his mom said: "let go of the pain, son, or use it to do some good." That's what fueled him to reach out to legislators to add terminal illness to the list of qualifications to get a medical marijuana card.