Dying daughter left without pain medication as mom took the meds for herself, police say 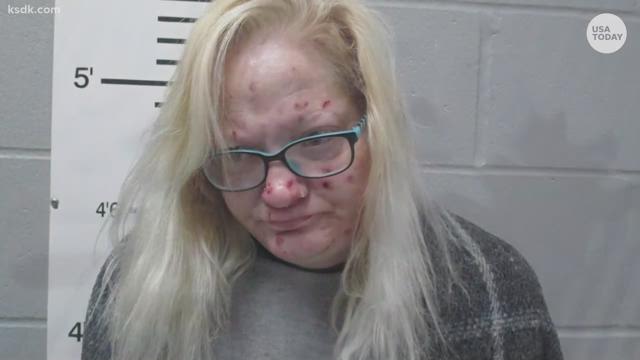 Credit: Troy Missouri Police Department via Facebook
Carol Ballweg, 46, has been charged with four felony counts of stealing a controlled substance and two misdemeanor counts of abusing an elderly, disabled or vulnerable person, according to online court records. Police say she took her terminally ill daughter's pain medication for herself.

A Missouri woman failed to give her dying daughter pain medications and instead took the meds herself, according to charges announced Wednesday by the Troy Police Department.

Carol Ballweg, 46, has been charged with four felony counts of stealing a controlled substance and two misdemeanor counts of abusing an elderly, disabled or vulnerable person, according to online court records.

The charges come after medical staff raised repeated concerns about Ballweg's terminally ill daughter, who was receiving hospice care and prescribed Fentanyl and oxycodone for pain. Ballweg was her daughter's primary caregiver.

Ballweg had a history of requesting her daughter's medications be filled sooner than should have been necessary, police say. When a doctor ordered a test of the patient's urine, no trace of the pain medication was found, the release said.

Staff also found that the patient had bedsores, according to police.

Sept. 11: Naloxone can reverse opioid overdoses, but does the drug belong in elementary schools?

After police searched Ballweg’s home on Tuesday, she admitted to having an opioid addiction and taking her daughter's oxycodone medication and using it herself, the release says.

Ballweg’s bond has been set at $100,000 cash, with the condition that she have no contact with the victim. No attorney is listed for Ballweg in online court records.