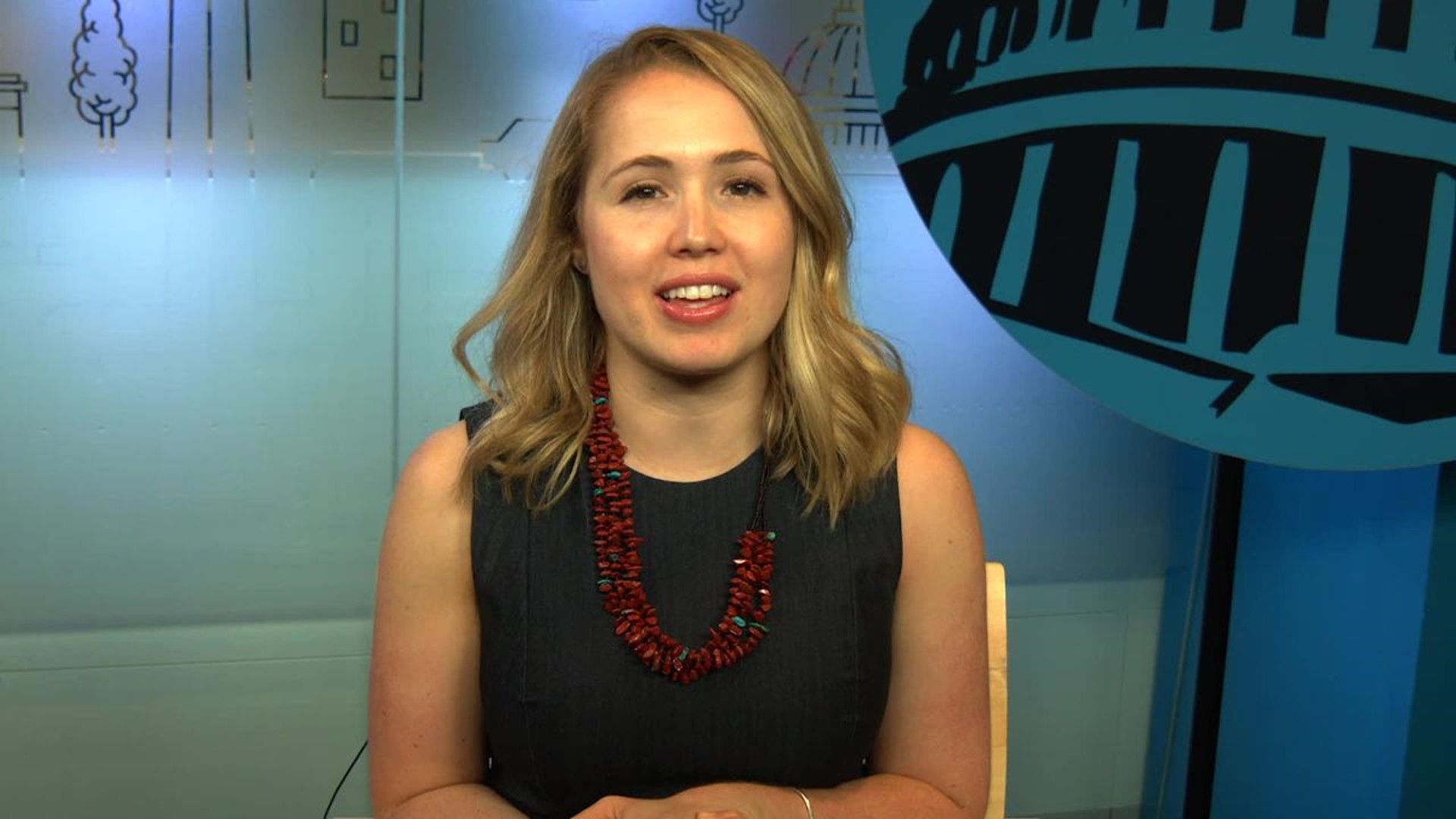 Credit: Mark Wilson, Getty Images
Undocumented immigrants brought to the country as children, known as DREAMers, protest in front of the Senate side of the U.S. Capitol on Dec. 6, 2017, to urge Congress to pass a bill to protect them from deportation.

WASHINGTON – House Republican leaders released a draft immigration bill Thursday that would provide legal protections for undocumented young people known as "Dreamers" while also providing  $23.4 billion for a wall along the border with Mexico.

That funding would be combined with $1.6 billion already appropriated to reach President Trump's requested $25 billion for the wall.

The draft legislation, circulated by House Speaker Paul Ryan and other leaders to rank-and-file GOP lawmakers, is intended to be a compromise on an issue that has bitterly divided the party. A vote is likely next week, but it is unclear if the legislation has the votes to pass or if Trump will back it.

The White House did not immediately respond to a request for comment on the GOP proposal.

On one of the most contentious issues, the draft proposal would allow an estimated 1.8 million "Dreamers" to apply for “nonimmigrant status”– essentially a conditional legal visa – if they meet certain conditions. They must, for example, have a high school diploma or GED and must be under 36 years of age as of June 15.

Those conditional visas would be taken from new restrictions on legal immigration included in the GOP bill; the measure would nix a diversity lottery program and limit family-based immigration. Once the "Dreamers" have taken the visa slots from those two programs, they will disappear – thus reducing legal immigration.

If the "Dreamers" win that nonimmigrant status, then after six years, they can apply for a green card, which will set them on the path to eventual citizenship.

“Overall we want a permanent solution for "Dreamers" but it should not come at the economic expense of the American worker and their family,” Ali Noorani, executive director of the National Immigration Forum, a group that has been pushing for a bipartisan immigration solution. Noorani said the cuts to legal immigration would hurt a dwindling labor force and make American businesses less competitive. Plus, Noorani fretted, a GOP-only bill has little chance of passing the Senate.

"At the end of the day, my fear is that Speaker Ryan and House leadership are going to go through this exercise and it will collapse under its own weight,” Noorani said.

The Ryan bill would also leave in place current immigration provisions that allow adult U.S. citizens to apply for green cards for their parents, and there are no limits on how many people can receive that legal immigration status.

That provision sparked immediate opposition from immigration hawks, because it will allow the "Dreamers" – once they have become citizens – to seek citizenship for their parents.

“This bill is an amnesty for the parents of DACAs as well,” said Mark Krikorian, executive director of the Center for Immigration Studies, which supports restricting immigration.

Krikorian said those parents would be “rewarded for bringing their kids here illegally when the whole rationale” of the bill is to help those who are here illegally through no fault of their own.

Within hours of the bill's release, Heritage Action, a powerful conservative group urged lawmakers to vote against the bill.

“By effectively setting the DACA program in stone, Congress will be providing amnesty—that is, it is rewarding those who came here illegally with legal status, while others waited in line in order to come to the U.S. the right way," the group said.

But pro-immigration experts said the bill leans heavily in favor of hard-line positions.

"Trump should be pretty happy with this bill because it’s pretty close to what he put forth in his four pillars," said Steve Yale-Loehr, who teaches immigration law at Cornell Law School.

"It’s really not a compromise," he added. "There’s not a lot here that will help immigrants, other than putting DACA recipients on a slow path to a green card."

The draft, obtained by USA TODAY, would also seek to end the practice of separating immigrant children from their parents, though Yale-Loehr said it's not clear the provisions would be effective. That has become an increasingly fraught issue as the Trump administration cracks down on illegal border crossings.

The bill does not include a mandate for e-verify, which would require employers to check whether their workers are legally allowed to work in the U.S. Conservative Republicans wanted to see e-verify included in the compromise legislation because they are concerned such a measure won't pass on its own.  Business-friendly Republicans oppose making that mandatory.

"It is nothing more than a cruel codification of President Trump’s anti-immigrant agenda that abandons our nation’s heritage as a beacon of hope and opportunity," said House Minority Leader Nancy Pelosi, D-Calif.

Pelosi singled out the family separation provision, saying the GOP proposal is a "sham that does nothing to stop President Trump from continuing to separate parents and children seeking asylum at the border."

Ryan committed to bringing up the compromise bill along with a separate piece of legislation put together by conservative Republicans. The House could vote on the two competing bills as early as Thursday.

Ryan's decision to schedule the votes was an effort to tamp down a growing rebellion from GOP moderates. But neither piece of legislation is guaranteed to pass.

Trump ended DACA last fall and gave Congress six months to find a solution. Lawmakers failed to act, but they were given some cover when the courts ruled that DACA needed to remain in place as the court cases proceeded. Democrats and some moderate Republicans decided Congress must act and threatened to team up on a rare maneuver that would force Congress to vote on a series of proposals with the likely winner being a bipartisan bill. Ryan was able to avoid the embarrassment Tuesday night when he announced the scheduled votes and stopped the "discharge petition" from getting the required signatures to go around him and force the votes.

The conservative proposal, which Trump supports, would cut legal immigration, strengthen border security, and provide temporary legal status to the "Dreamers." That bill likely lacks the votes to pass because of opposition by moderates.

Both Republican measures are unlikely to get support from Democrats who oppose the border wall spending and want more robust protections for "Dreamers."

Even if one of the bills does pass the House, it is unlikely to make it through the Senate, where legislation requires 60 votes to pass. Republicans have a narrow 51-49 majority, and Sen. John McCain of Arizona has been in Arizona all of 2018 fighting brain cancer. Majority Leader Mitch McConnell, R-Ky., has said he'd be open to bringing up legislation only if it had Trump's support.