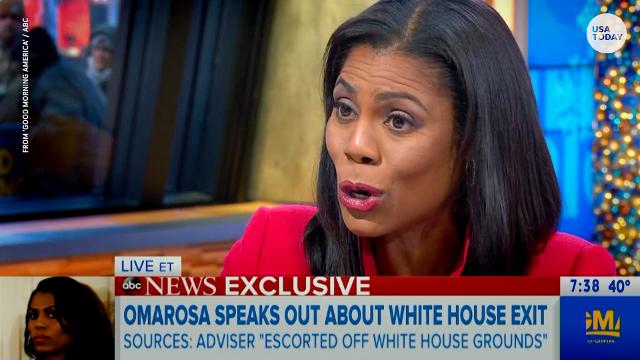 White House Chief of Staff John Kelly confirmed Tuesday that he met with a group of black Republicans and asked them to submit their resumes if they were interested in working for the Trump administration.

"I met with them just for a few minutes and said we are looking for talented young men and women of any age that would be willing to come and serve the country for some period of time," Kelly said he told the group.

Kelly also asked his guests to spread the word around, in case they knew people who were looking for "something that is very fulfilling."

Kelly met with Newman last week. While initial reports said the meeting was contentious, Newman denied Kelly fired her and said that she resigned.

"We had a very candid conversation," she said on Good Morning America.

In another interview, Newman said last week that she was "very lonely" working alongside other Trump advisers, most of whom were white and "had never worked with minorities, didn't know how to interact with them," according to ABC News.

"There was a lack of diversity I will acknowledge," she said.

The White House has said it has a "diverse team." Still, Newman said her departure as communications director for the Office of Public Liaison means the White House senior staff will have no African-American women on board.

Omarosa Manigault Newman through the years

1 / 16
Saul Loeb, AFP/Getty Images
Omarosa Manigault Newman, 43, former White House Director of Communications for the Office of Public Liaison, left her White House job this week under disputed circumstances. She says she was not escorted from the premises after a difficult discussion with Chief of Staff John Kelly.