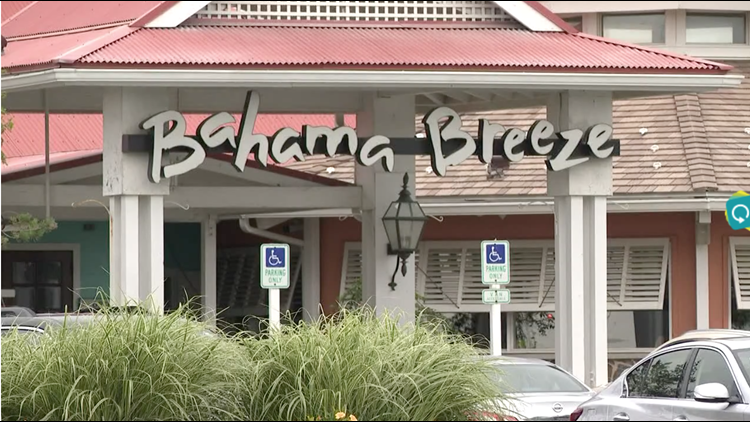 Photo by: WKYC-TV, Cleveland
A manager at an Ohio Bahama Breeze called the police to make sure a group of black sorority members paid their bill.

A Bahama Breeze manager was fired after several African American sorority members say the cops were called to make sure they paid their bill at the Ohio restaurant last week.

A manager at Bahama Breeze in Orange Village called police at around 8:30 p.m. on June 19, claiming about 40 guests were “worked up about the bill” and did not want to pay.

The manager also claimed some members of the crowd used profanity and disrespect.

The patrons, who were mainly members of the Delta Sigma Theta Sorority, the largest African-American Greek-lettered organization, say the service was slow and the situation escalated when the manager called the police.

More: 'Other than her mouth, there's not any weapons': 911 calls for 5 black women at Pa. golf club

Chante Spencer, who was present during the incident, believes they were racially profiled and falsely accused of being guests who would skip out and not pay.

She claims four people were even asked to produce a receipt before they could leave the restaurant while police kept watch.

"No one deserves to be treated that way. Nobody," Spencer told WKYC-TV, Cleveland.

Ohio Congresswoman Marcia Fudge released a statement saying this was a clear case of racial profiling.

“It is a chilling reminder that no African American is exempt from the impact of racial profiling when a group of professional women, known for their service and advocacy are victims," she said in a press release. "As an African American woman and a member of Delta Sigma Theta, I am appalled that this occurred in the district I represent, and will not be silent."

More: Starbucks did it. Is it OK to kick you out of a store?

This was not the first time this restaurant has been accused of racial harassment.

The company paid more than a million dollars and was ordered to provide anti-discrimination and diversity training to staff.

Many of those who believed they were racially profiled returned to Bahama Breeze the following evening, this time to protest outside of the restaurant.

The restaurant responded to several users on Twitter with an apology saying "we clearly fell short of delivering great service to our guests."

We clearly fell short of delivering great service to our guests. The manager involved no longer works for us because they mistreated a guest, which is inconsistent with our values. We spoke with members of the party to personally apologize & invite them back.

Bahama Breeze is owned by Darden Concepts of Orlando, which also owns The Olive Garden, Longhorn Steakhouse and Yard House.

WKYC-TV, Cleveland reached out to Darden Concepts for a comment and received a similar statement: "We clearly fell short of delivering great service, and we’ve invited the guests back in order to provide an exceptional Bahama Breeze experience."