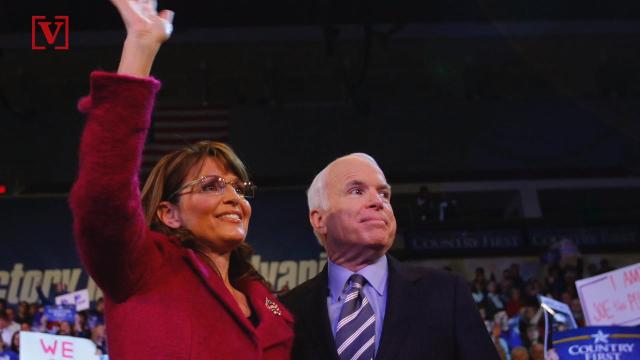 MEMPHIS — David Kernell, the University of Tennessee-Knoxville student who guessed his way into Republican vice presidential nominee Sarah Palin’s personal email account in 2008, died last week in California. He was 30.

David Kernell, once ranked in the top 10% of chess players in the U.S., was a 20-year-old economics major at UT when he guessed the security answers to enter Palin's Yahoo! account, changed the password to "popcorn," and then posted the new password, family photographs and some emails on the online message board 4chan under the pseudonym "Rubico."

Kernell, who read that Palin may have conducted official business as governor of Alaska on her personal account, failed to find politically damaging information about Palin, who was Sen. John McCain's running mate at the time of the hacking.

The case earned the younger Kernell searing criticism from Palin and her fans, with Palin comparing the hacking to Watergate, the 1972 break-in at the Democratic National Committee that gradually led to President Richard Nixon's resignation. At the trial, Palin described the hacking as "the most disruptive and discouraging" moment of the campaign.

But federal jurors and a judge took a softer view of the infiltration. In 2010, after all but one of the felony charges were dropped, he served 10 months in a minimum-security prison for obstruction of justice after destroying evidence from his computer. He also was convicted of a misdemeanor for illegally accessing Palin's email. Between all the charges, Kernell had faced a maximum of five years in prison, a $250,000 fine and three years probation.

After exiting prison in 2011, Kernell was released from U.S. Probation Office supervision in 2013.

In a page-long statement regarding his death, the family said Kernell was diagnosed with MS in 2014 and participated in clinical research trials at the Cedars-Sinai Neurosciences Research Center in Los Angeles to help develop cures and treatments for other victims of MS.

"David did not let (the Palin) incident define him," the family said. "He returned to UT Knoxville to complete his economics degree and further refined his programming skills by helping his local community. He first volunteered his expertise to Tennessee Voices for Children, a child advocacy non-profit group. Later, he moved to California and worked to develop facial recognition software that could identify children at risk of abuse."

Wade Davies, a Knoxville attorney who represented Kernell in the case, declined to comment, saying he wanted to speak to Kernell's mother first. Davies argued during the trial that what Kernell did was closer to a prank — and one that wouldn't have been prosecuted as zealously if the victim hadn't been a rising Republican star.

Allan Bogle, host of the program Into the Deep on radio station WEVL-FM, said he knew Kernell through the Memphis Chess Club and that he grew up to be a "very smart guy." Bogle said Kernell used the same "Rubico" pseudonym to post Palin's information on 4chan as he used to play Bogle in online chess.

"For a brief period of time he was the most famous chess player in the country," Bogle said of the coverage of the Palin scandal.

Before stepping into the national spotlight, Kernell graduated in 2006 from Germantown High School in the Memphis suburb of Germantown, where two years earlier he won the Tennessee Open Scholastic Chess Championship.

Rep. Jim Coley, Barlett Republican and family friend, said David was a good man, like his father and grandfather, Sam Kernell, who fought in both World War II and the Korean War.

"David picked up his good virtues from his father and his grandfather," Coley said. "I was very sorry to learn about David's death."

Services are being planned in Newport Beach, Calif., and in Germantown. Endowments in David’s honor are being set up at the Memphis Chess Club, Cedars-Sinai Neurosciences Research Center, and the Tennessee Voices for Children.

Sarah Palin through the years