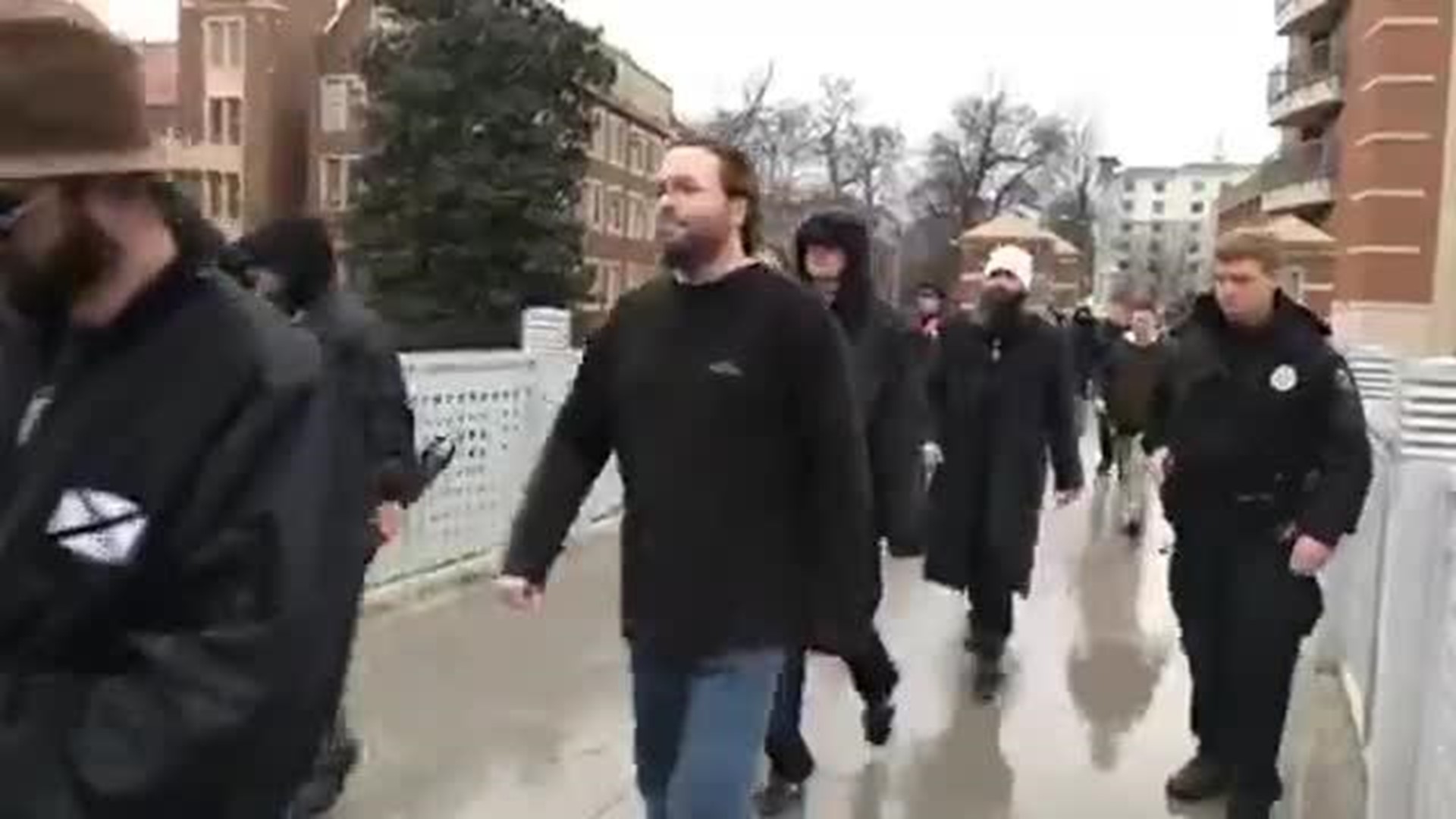 KNOXVILLE, Tenn. — White separatists who have demonstrated at previous events in this Tennessee city say they plan to show up later this month to protest the Pridefest parade.

"It should be just like it always has been for the past few years, ever since the Pulse shooting," said Mark Church-Janes, vice president of Knox Pride. "It will be a safe and secure environment for everyone, and we've gone to extreme measures to keep it that way."

No plans for the parade or other events in the vicinity of the Civic Coliseum will change, he said. Knoxville police didn't immediately respond to questions about security plans for the event.

June 13: Pride Month: How the travel industry is embracing the LGBTQ community

June 11: All the inspiring ways that celebrities are celebrating Pride Month 2018

Such protests have become a familiar facet of events in Knoxville over the last year. About 20 demonstrators identifying themselves as members of the Traditionalist Worker Party turned out in January to protest the Knoxville Women's March 2.0. About 45 showed up when the group's founder, Matthew Heimbach, held a gathering on the University of Tennessee campus in February.

Counter-protesters have typically outnumbered the demonstrators at each event.

John May, a member of Heimbach's group, said a variety of groups will be at this month's protest but gave few specifics. It's not clear whether the Traditionalist Worker Party remains a player on the separatist scene since the high-profile arrests of Heimbach and other key members earlier this year.

Heimbach was arrested in March after police say he got into a fight at a Paoli, Ind., mobile home park where he was confronted by a fellow party leader over an alleged affair, according to a police report.

May 3: White nationalist who pushed woman at Trump rally could lose probation

"Some of them will be protesting the parade, and some others will be waiting at the coliseum to protest," May wrote in an email. "We will be going     to protest in a peaceful manner, but will defend ourselves if attacked."

Pridefest organizers said they're used to such displays. A handful of protesters typically appear each year.

Church-Janes said he expects as many as 30,000 people for this year's event, which will include a shoot for a music video by the band Hudson K. Parade participants will be allowed to wear costumes, but no masks.