Rep. Alexandria Ocasio-Cortez gave brief remarks, then took to Twitter to explain why she nominated Bernie Sanders and not Joe Biden for president. 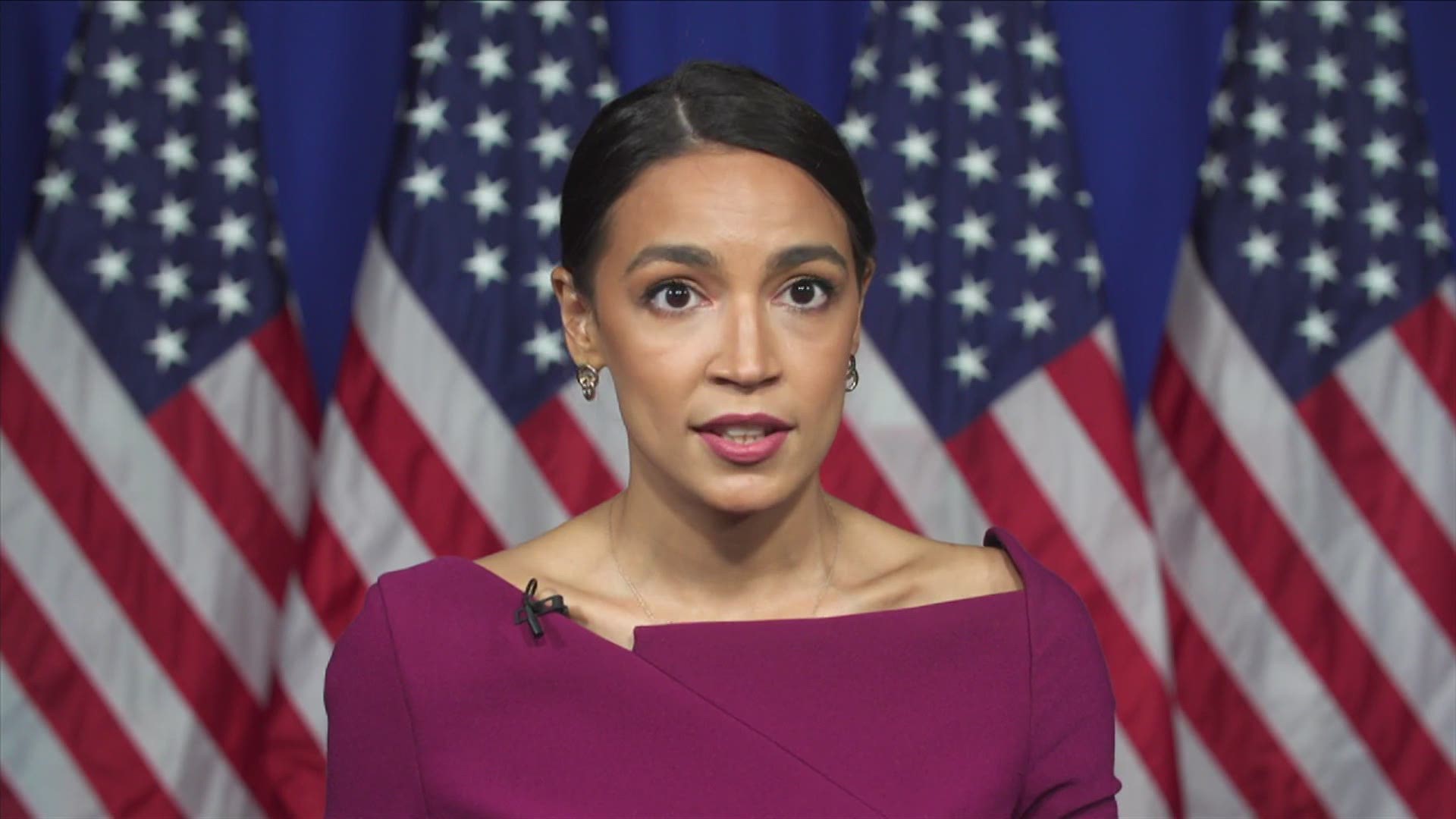 Rep. Alexandria Ocasio-Cortez has described the progressive movement started by Bernie Sanders as “a mass people’s movement” that’s working to move the country toward guaranteed health care and higher education.

Ocasio-Cortez explained on Twitter that convention rules require a roll call and nomination for every candidate that passes the delegate threshold.

"I extend my deepest congratulations to Joe Biden," Ocasio-Cortez tweeted.

If you were confused, no worries!

I was asked to 2nd the nom for Sen. Sanders for roll call.

Biden was nominated moments later and formally declared the Democratic nominee after a state-by-state roll call.

Ocasio-Cortez is widely seen as the successor of Sanders’ progressive flank of the party.

She says Sanders ran a historic grassroots campaign that realized that turns away from an American history checkered by violence, xenophobia, racial injustice and more and “that realizes the unsustainable brutality that rewards explosive inequalities of wealth for the few at the expense of long-term stability for the many.”

RELATED: Jimmy Carter says 'Joe Biden must be our next president'

RELATED: Security guard who met Joe Biden in elevator nominates him for president at DNC