AP Top 25: Cincinnati up to No. 2; Purdue snaps poll drought

The Georgia Bulldogs remain a unanimous No. 1. 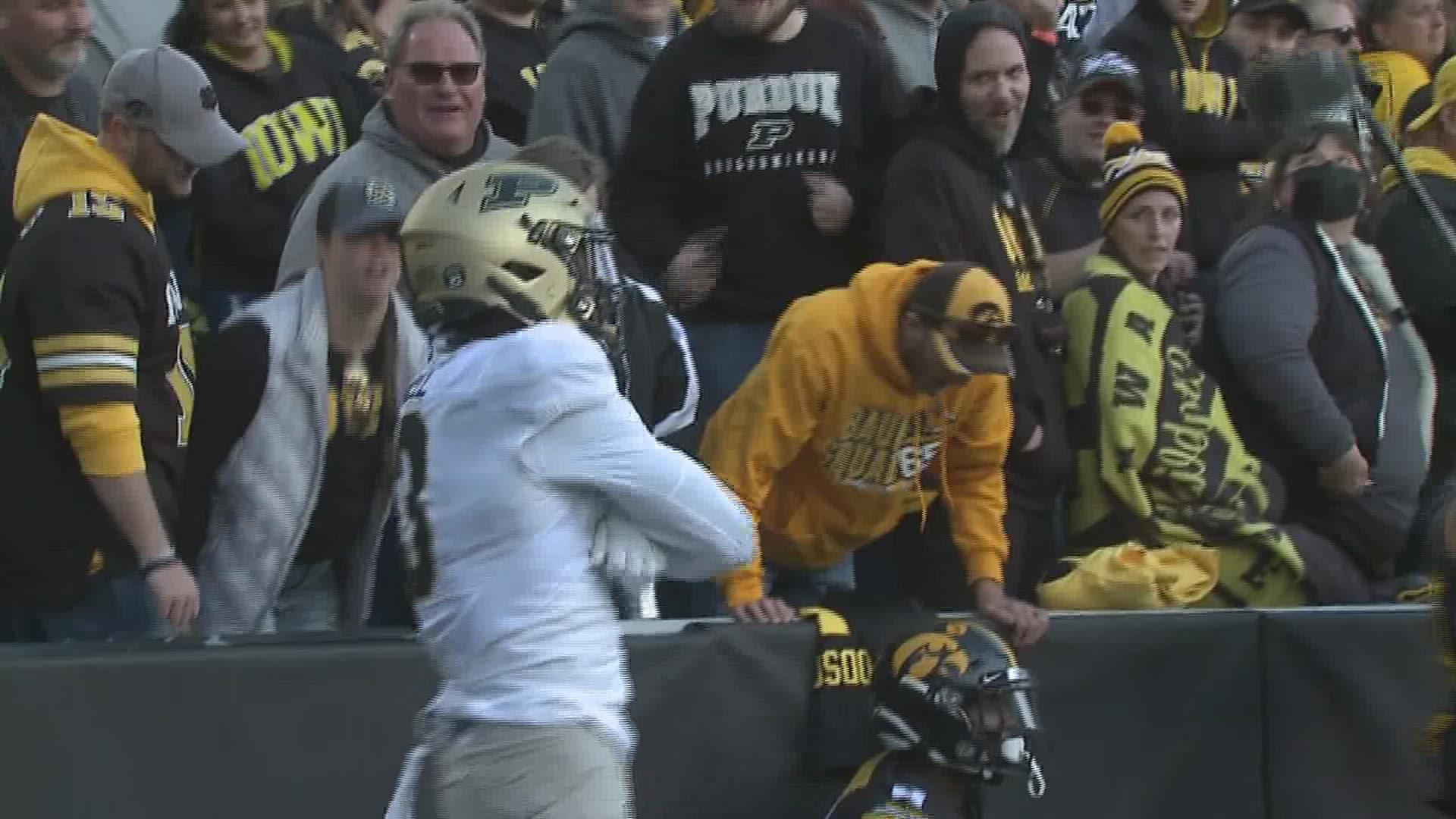 Cincinnati moved up to No. 2 behind Georgia in The Associated Press college football poll Sunday, the first time a team from outside the traditional power conferences has been ranked that high since 2010.

The Bulldogs remained a unanimous No. 1 with 63 first-place votes in the AP Top 25 presented by Regions Bank and the Bearcats inched up a spot, taking advantage of Iowa's loss to Purdue on Saturday.

The Hawkeyes dropped nine places to No. 11 and the Boilermakers moved into the rankings at No. 25, snapping the longest current AP poll drought for a Power Five school. The Boilermakers were last ranked in 2007.

Oklahoma is No. 3, followed by Alabama and Ohio State.

Unbeaten Cincinnati from the American Athletic Conference reached a new best ranking in program history and is the first team to reach No. 2 from outside a Power Five or BCS conference since TCU finished second in 2010, when it went undefeated as a member of the Mountain West.

Boise State, then a member of the Western Athletic Conference, spent three weeks at No. 2 in 2010.

Oklahoma State moved up to No. 8 after beating Texas and is in the top 10 for the first time since early in the 2020 season.

Seven ranked teams lost on Saturday, including five to unranked teams, increasing the total on the season to 47.

In each of the last three weeks, a top-three team has lost to an unranked team, starting with Stanford over then-No. 3 Oregon on Oct. 2.

All those losses by ranked teams shook up the back half of the rankings and put five new teams in the poll this week, including one that has never been there before.

Florida fell out of the rankings for the first time this season after the Gators were beaten by LSU on Saturday.

That leaves the state of Florida with no ranked teams, a rare occurrence in recent poll history. The last time it happened was 2011, when six times the Sunshine State did not have a single ranked team.

For the first time this season, the college football schedule has no games matching ranked teams.