Biden may struggle to convince Republican voters of the urgency at this particular moment after Congress already has approved $4 trillion in aid. 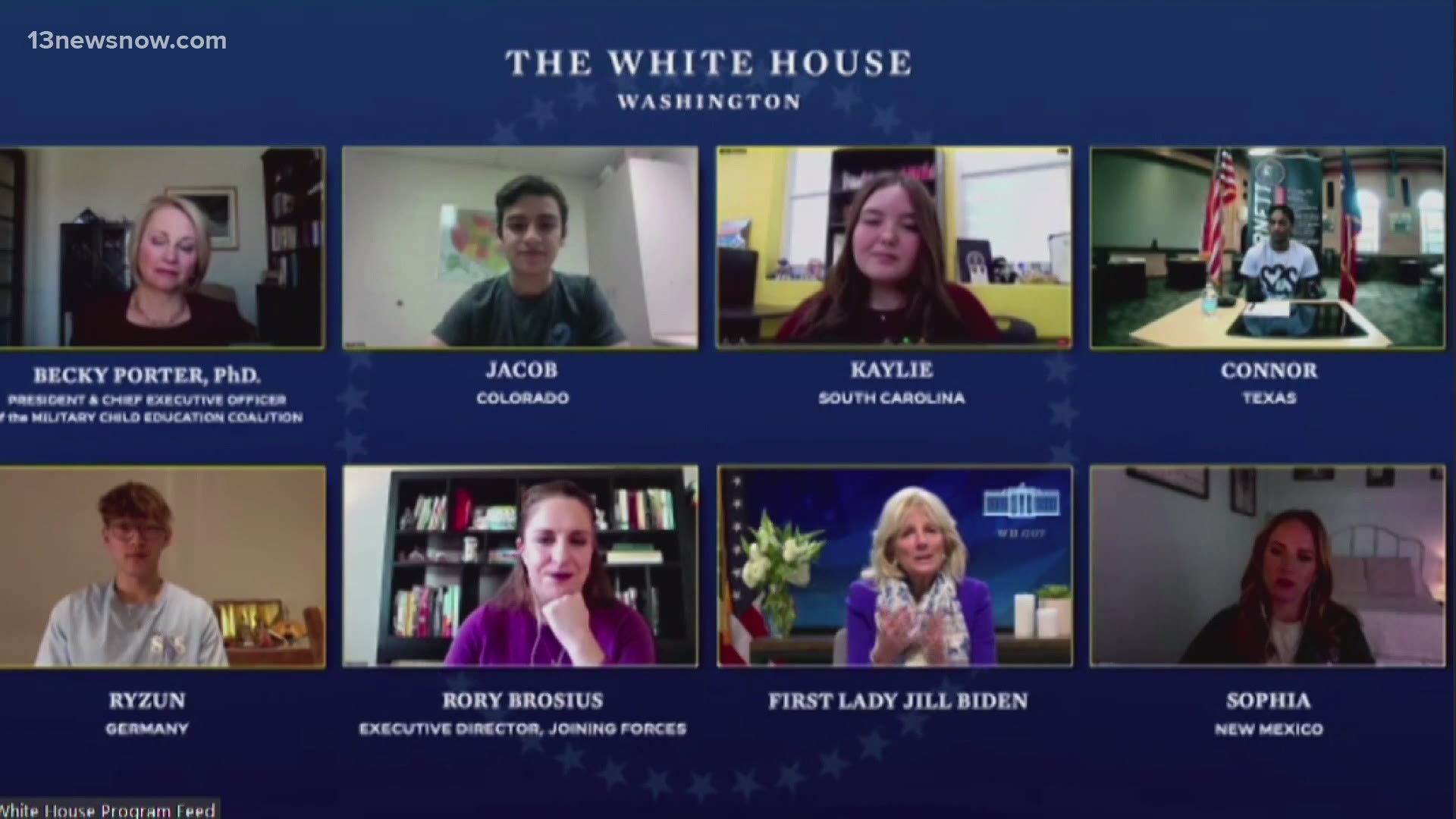 President Joe Biden is warning of a steep and growing "cost of inaction" on his $1.9 trillion COVID relief plan as the White House searched for "creative" ways to win public support for a package that is getting a cold shoulder from Senate Republicans.

In the age of COVID, it's not as simple as jumping on a plane to travel the country and try to gin up a groundswell. And at a time of deep polarization, Biden may struggle to convince Republican voters of the urgency when Congress already has approved $4 trillion in aid, including $900 billion last month.

Biden signaled on Friday for the first time that he's willing to move ahead without Republicans.

"I support passing COVID relief with support from Republicans if we can get it," he told reporters. "But the COVID relief has to pass. No ifs, ands or buts."

His message so far has been that a fresh $1.9 trillion in aid would be a bargain compared to the potential damage to the world's largest economy if it doesn't pass. An aggressive push for vaccinations  and generous aid to individuals would help put parents back to work and  let children return to school  and improve their lifetime earnings, Biden said at a Friday meeting with Treasury Secretary Janet Yellen in the Oval Office.

Only a week into his presidency, Biden is confronting the challenge of selling his first major piece of legislation to a country he has pledged to unite. Private calls with Republican lawmakers have yet to produce any progress on reaching a deal, while Senate Democrats are now preparing to pass the measure strictly on partisan lines as soon as next week.

Some Biden allies have expressed frustration that the administration has not more clearly defined what the massive legislation would actually accomplish. The new president instead has largely focused his first nine days in office on signing executive orders rolling back his predecessor's policies.

In particular, Biden, for whom the widespread distribution of coronavirus vaccines will be a defining test, has not explained what the increased money for testing and vaccination would achieve -- including how much quicker the White House believes it would help bring about an end to the pandemic.

Biden's outreach to senators has largely brought criticism that the plan should be more targeted and that the country can afford to wait to see the effects of the stimulus dollars that were approved in December.

Republican lawmakers see a need for speeding vaccinations, but one Senate aide said their offices are not being bombarded with calls for an additional aid package. Constituents are more focused on the looming impeachment trial, said the aide, who spoke on the condition of anonymity to discuss private conversations.

This has left the Biden team trying to expand its outreach beyond Capitol Hill.

White House press secretary Jen Psaki said Biden recognizes the importance of speaking directly to the American people about his plan for vaccinations and supporting the economy, but the pandemic has limited his ability to safely travel to drum up support. The administration is relying on TV interviews by White House officials and allies with local media and national shows like "The View," as well as calls with governors, local officials and progressive and civic groups.

"We're taking a number of creative steps, a little outside of the box," Psaki said. "Certainly, his preference would be to get on a plane and fly around the country."

Part of the challenge is that Biden must convince the public how different components of his proposal would work together. His plan allots $400 billion to spearhead a national vaccination program and the reopening of schools. It also includes $1,400 in direct payments to individuals, which critics say should be more targeted. And it includes a raise in the the minimum wage to $15 and aid for state and local governments, a nonstarter for most Republicans.

Many Republicans are under more political pressure from donors and activists back home to rein in spending than to approve more. Some Republicans particularly object to what are still seen by many as bailouts for cash-strapped state and local governments.

Some do support a deal, just not what Biden is offering. Sen. Rob Portman, R-Ohio, a member of a bipartisan group of legislators contacted by the administration, said he supports funds for vaccine distribution and even potentially extra jobless benefits, but he wants a full accounting of what funding remains from previous aid packages.

"Unemployment insurance, they think it's an emergency, well we have unemployment insurance in place until mid March. Where's the emergency?" Portman said. "Am I against extending it, no I'm not. I think we should, based on some economic factors. But it just doesn't make sense."

Recent economic reports show the economy is still under severe strain, yet there is also the potential for the strongest growth in more than two decades once the coronavirus is contained.

The Commerce Department said Thursday the U.S. economy shrank 3.5% last year, and on Friday it reported that consumer spending — the main driver of growth — had slumped 0.2% in December. But the consumer spending report also suggested that the expanded unemployment benefits from the $900 billion aid package passed that same month had managed to boost incomes.

Gregory Daco, an economist at Oxford Economics, said, "The COVID relief bill of December essentially addressed the past, the dwindling aid at the end of 2020." Now the administration must sell the public on what lies ahead.

He said, "The American Rescue Plan — it's a plan geared toward the future, bridging the gap between January and September, when people will be able to spend more freely."