Until now, astronomers thought black holes came in two general sizes — relatively small, and supermassive ones that can be billions of times bigger than our sun. 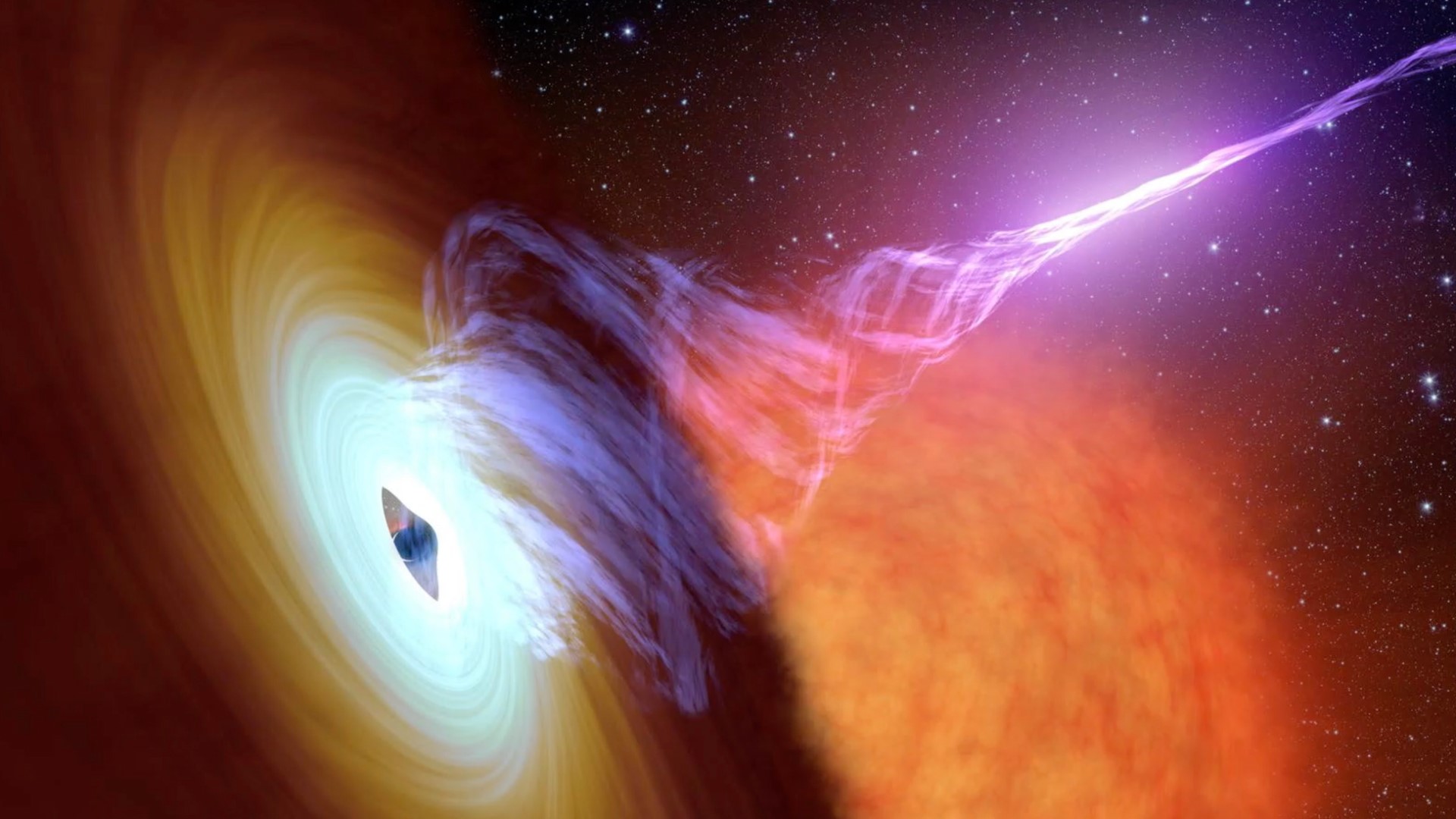 Black holes are getting stranger — even to astronomers. They've now detected the signal from a long ago violent collision of two black holes that created a new one of a size that had never been seen before.

“It’s the biggest bang since the Big Bang observed by humanity,” said Caltech physicist Alan Weinstein, who was part of the discovery team.

Black holes are compact regions of space so densely packed that not even light can escape. Until now, astronomers only had observed them in two general sizes. There are “small” ones called stellar black holes that are formed when a star collapses and are about the size of small cities. And there are supermassive black holes that are millions, maybe billions, of times more massive than our sun and around which entire galaxies revolve.

According to astronomers' calculations, anything in between didn't quite make sense, because stars that grew too big before collapse would essentially consume themselves, leaving no black holes.

Star collapses couldn't create stellar black holes much bigger than 70 times the mass of our sun, scientists thought, according to physicist Nelson Christensen, research director of the French National Centre for Scientific Research.

The end result: The first ever discovered intermediate black hole, at 142 times the mass of the sun.

Lost in the collision was an enormous amount of energy in the form of a gravitational wave, a ripple in space that travels at the speed of light. It was that wave that physicists in the United States and Europe, using detectors called LIGO and Virgo, captured last year. After deciphering the signal and checking their work, scientists published the results Wednesday in Physical Review Letters and Astrophysical Journal Letters.

Because the detectors allow scientists to pick up the gravitational waves as audio signals, scientists actually heard the collision. For all the violence and drama, the signal lasted only one-tenth of a second.

Credit: AP
This illustration provided by LIGO/Caltech in September 2020 depicts two black holes of about 66 and 85 solar masses spiralling into each other to form the GW190521 black hole. Gravitational waves from the merger were detected by the LIGO and Virgo observatories in May 2019. (LIGO/Caltech/MIT/R. Hurt (IPAC) via AP)

“It just sounds like a thud,” Weinstein said. “It really doesn’t sound like much on a speaker.”

This crash happened about 7 billion years ago, when the universe was about half its current age, but is only being detected now because it is incredibly far away.

Black hole collisions have been observed before, but the black holes involved were smaller to begin with and even after the merger didn't grow beyond the size of typical stellar black holes.

Scientists still don't know how supermassive black holes at the center of galaxies formed, Christensen said, but this new discovery may offer a clue.

Perhaps, like playing Legos, smaller blocks combine to make bigger ones and those combine to make even bigger ones, said Harvard astronomer Avi Loeb, who wasn’t part of the study but said the results chart new astronomical territory.

And indeed the bigger of the two black holes involved in this crash could have been the result of an earlier merger, both Weinstein and Christensen said, further bolstering that theory.

"It’s conceivable that this pair of black holes formed entirely differently, possibly in a dense system with lots of dead stars whizzing about, which allows one black hole to capture another during a fly by," said Barnard College astronomer Janna Levin, who wasn’t part of the research and is author of the book “Black Hole Survival Guide.”

On the other hand, scientists can't quite explain how merged black holes, flying around the universe, would meet so many others to merge again and grow ever bigger. It could instead be that supermassive black holes were formed in the immediate aftermath of the Big Bang.

RELATED: Supermassive black hole at the center of our galaxy may have a friend

RELATED: Star ejected from center of Milky Way is traveling at insane speed

RELATED: Will all 8 planets in our solar system ever perfectly align?