Death toll soars to 50 in school bombing in Afghan capital

The blasts occurred in a mostly Shiite neighborhood in the west of Kabul. The number of wounded in Saturday’s attack also climbed to more than 100. 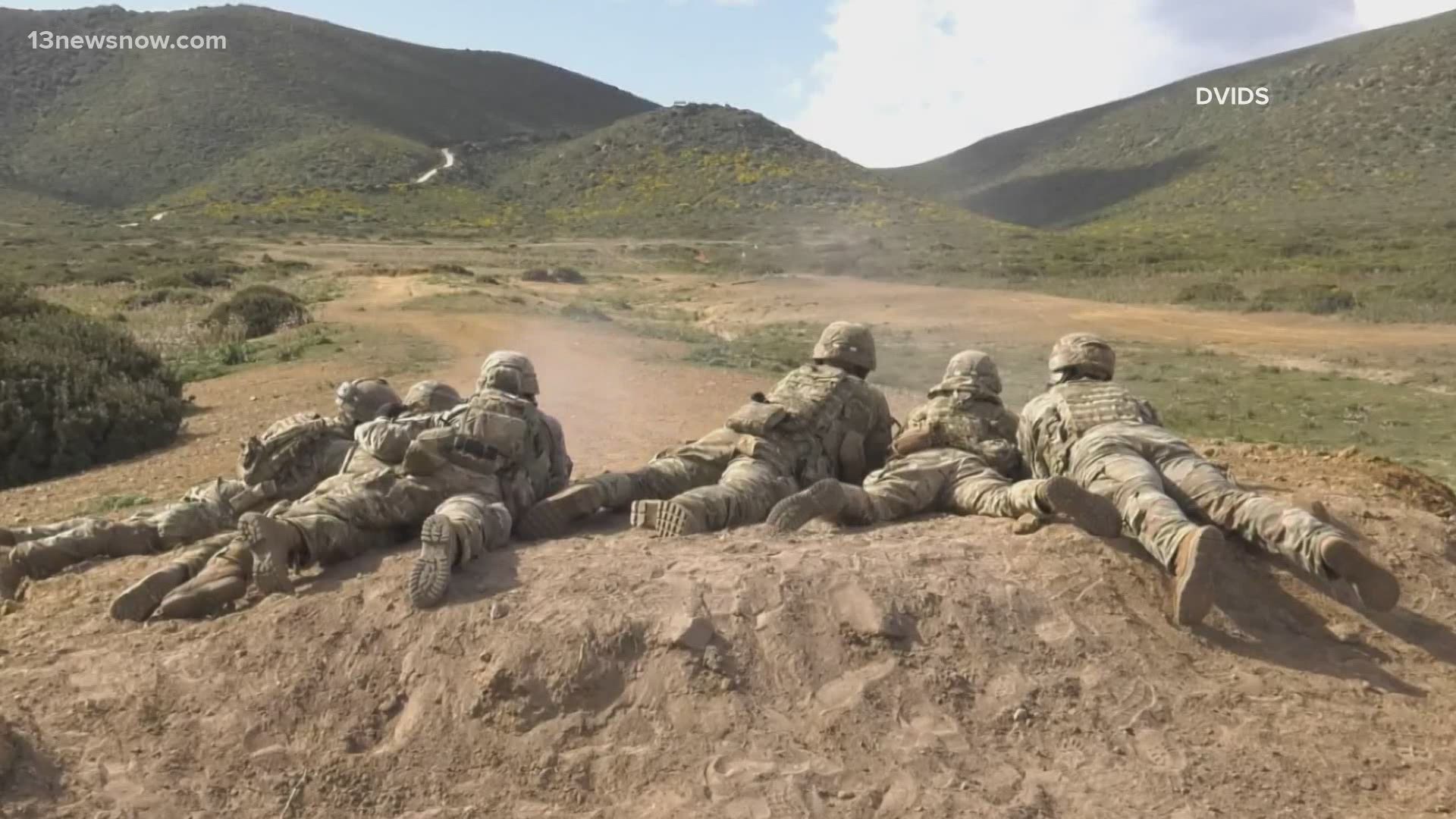 Grieving families buried their dead Sunday following a horrific bombing at a girls’ school in the Afghan capital that killed 50 people, many of them pupils between 11 and 15 years old.

The number of wounded in Saturday's attack climbed to more than 100, said Interior Ministry spokesman Tariq Arian. In the western neighborhood of Dasht-e-Barchi, families buried their dead amid angry recriminations at a government they said has failed to protect them amid repeated attacks in the mostly Shiite Muslim neighborhood.

“The government reacts after the incident, it doesn’t do anything before the incident,” said Mohammad Baqir, Alizada, 41, who had gathered to bury his niece, Latifa, a Grade 11 student the Syed Al-Shahda school.

Three explosions outside the school entrance struck as students were leaving for the day, said Arian. The blasts targeted Afghanistan’s ethnic Hazaras who dominate the Dasht-e-Barchi neighborhood, where the bombings occurred. Most Hazaras are Shiite Muslims. The Taliban denied responsibility, condemning the attack and the many deaths.

The first explosion came from a vehicle packed with explosives, followed by two others, said Arian, adding that the casualty figures could still rise.

In the capital rattled by relentless bombings, Saturday's attack was among the worst. Criticism has mounted over lack of security and growing fears of even more violence as the U.S. and NATO complete their final military withdrawal from Afghanistan.

The Dasht-e-Barchi area has been hit by several incidents of violence targeting minority Shiites and most often claimed by the Islamic State affiliate operating in the country. No one has yet claimed Saturday’s bombings.

Most of the attacks were claimed by the Islamic State affiliate operating in Afghanistan.

The radical Sunni Muslim group has declared war on Afghanistan’s Shiites. Washington blamed IS for a vicious attack last year in a maternity hospital in the same area that killed pregnant women and newborn babies.

Soon after the bombing, angry crowds attacked ambulances and even beat health workers as they tried to evacuate the wounded, Health Ministry spokesman Ghulam Dastigar Nazari said. He had implored residents to cooperate and allow ambulances free access to the site.

Arian, the Interior Ministry spokesman, blamed the attack on the Taliban despite their denials.

Bloodied backpacks and schools books lay strewn outside the Syed Al-Shahda school. In the morning, boys attend classes in the sprawling school compound and in the afternoon, it's girls' turn.

On Sunday, Hazara leaders from Dasht-e- Barchi met to express their frustration with the government failure to protect ethnic Hazaras, deciding to cobble together a protection force of their own from among the Hazara community.

The force would be deployed outside schools, mosques and public facilities and would cooperate with government security forces. The intention is to supplement the local forces, said Parliamentarian Ghulam Hussein Naseri.

The meeting participants decided that “there is not any other way, except for people themselves to provide their own security alongside of the security forces,” said Naseri, who added that the government should provide local Hazaras with weapons.

Naseri said Hazaras have been attacked in their schools, in their mosques and “it is their right to be upset. How many more families lose their loved ones? How many more attacks against this minority has to occur in this part of the city before something is done?"

One of the students fleeing the school recalled the attack, the girls' screams of the girls, the blood.

“I was with my classmate, we were leaving the school, when suddenly an explosion happened, “ said 15-year-old Zahra, whose arm had been broken by a piece of shrapnel.

Most of the dozens of injured brought to the EMERGENCY Hospital for war wounded in the Afghan capital, “almost all girls and young women between 12 and 20 years old,” said Marco Puntin, the hospital's programme coordinator in Afghanistan.

In a statement following the attack, the hospital, which has operated in Kabul since 2000 said the first three months of this year has seen a 21 per cent increase in war-wounded.

Even as the IS has been degraded in Afghanistan, according to government and US officials, it has stepped-up its attacks particularly against Shiite Muslims and women workers.

The attack comes days after the remaining 2,500 to 3,500 American troops officially began leaving the country. They will be out by Sept. 11 at the latest. The pullout comes amid a resurgent Taliban, who control or hold sway over half of Afghanistan.

The top U.S. military officer said Sunday that Afghan government forces face an uncertain future and possibly some “bad possible outcomes” against Taliban insurgents as the withdrawal accelerates in the coming weeks.