When her father's cancer stopped responding to chemotherapy, a bride-to-be planned a wedding in 30 minutes to make sure her dad saw her say 'I do.' 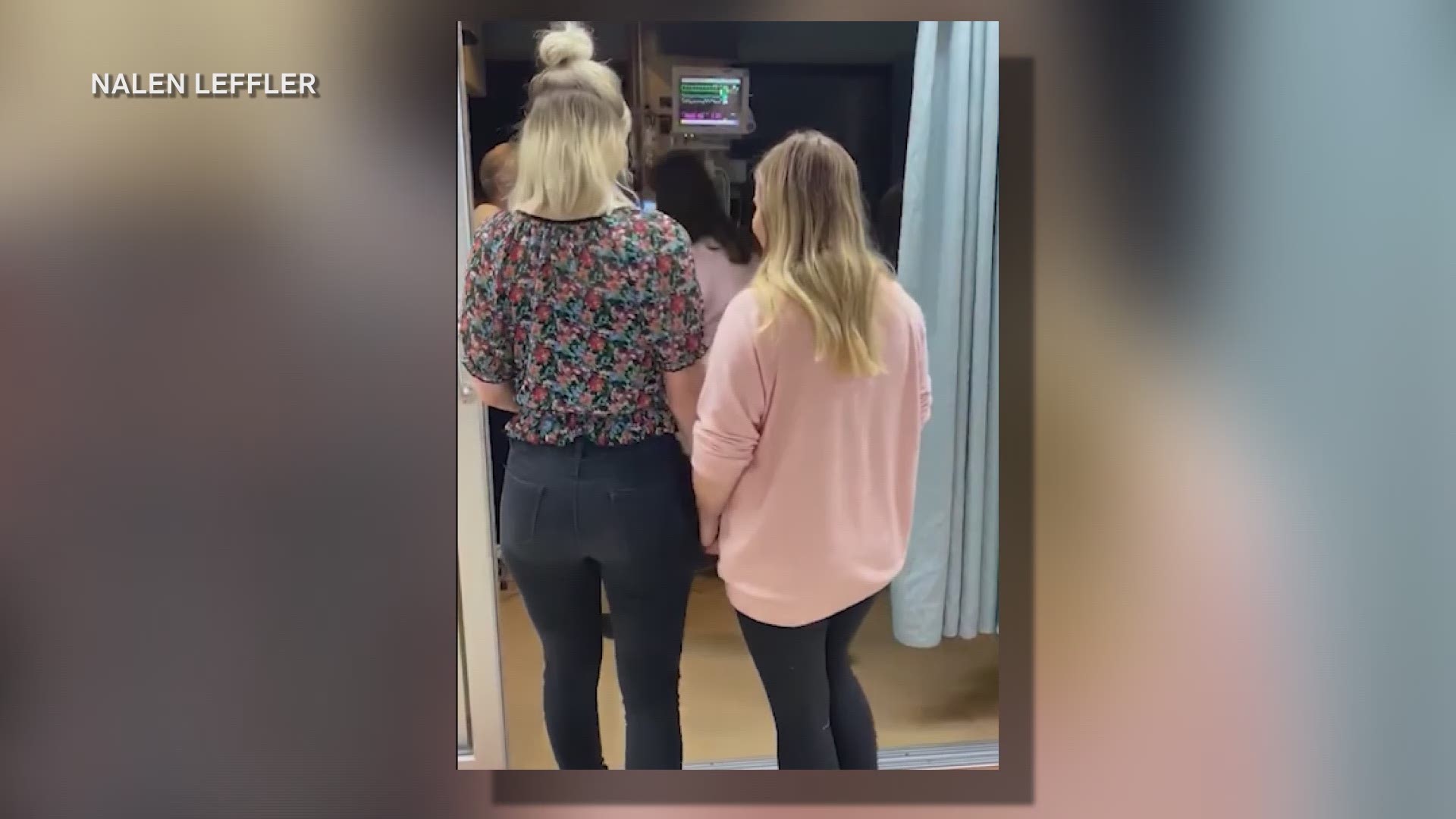 EVANSVILLE, Ind. — An act of love and compassion helped a father see his daughter get married.

It all started Dec. 29, as Steven Schweikhart was in St. Vincent Hospital in Evansville, Indiana, fighting cancer that had taken over his lungs. He was no longer responding to chemo and was planning to be taken off of life support.

His daughter, Shelby, was sitting there when a friend came up with an idea.

"She said I think it would mean the world for your dad to see you get married," Shelby recalled.

Her wedding to Jared Conville was not scheduled to take place until October 2020.

But knowing they had exhausted every hope, they started planning a wedding in thirty minutes.

"I was going to get married in my leggings and sweatshirt I had on. Jared was going to get married in what he had on. I called the Pastor and asked if he could get over there as fast as he could and he said 'yes,'" Shelby said. "Then a couple friends went to the bridal store because my wedding dress wasn't going to be be here until February. They picked out a dress for me and a veil. I just threw it on and off we went to his ICU room."

She walked down the aisle into her dad's room as recorded wedding music played.

"There were a lot of different emotions because he did have the ventilator. He couldn't say anything. I was just trying to hold back the tears as much as I could because my dad didn't get to walk with me down the aisle," Shelby said.

Her friends had also stopped and bought Jared an Andrew Luck Colts jersey because he had always joked with his fiancée about wanting a Colts wedding.

Jared's mother took off her wedding ring for Shelby. A friend of Shelby's offered his wedding band.

"The pastor gave him the rings to hold on to. He handed the rings to us. That was very special," Shelby said.

RELATED: Long after his death, a father's goofy prank brings joy to daughter on wedding day

With that the Pastor pronounced them man and wife. Once the two exchanged a kiss, the bride went to her father's side to share a hug.

"Later on that evening I said dad are you glad we did that? He shook his head yes and wrote on the white board he was very happy he was there to see that," Shelby said.

Shelby said it ended up being perfect.

"Oh yes. I wouldn't have done it any other way. We could not have been married without my dad being there. Having a wedding and everything. I am glad we did it the way we did," Shelby Schweikhart-Conville said.

After the ceremony her father asked to be taken off life support. He is now in hospice at home.