A key budget score that came in Thursday is opened the door to the House voting on the Build Back Better package with social and environmental spending. 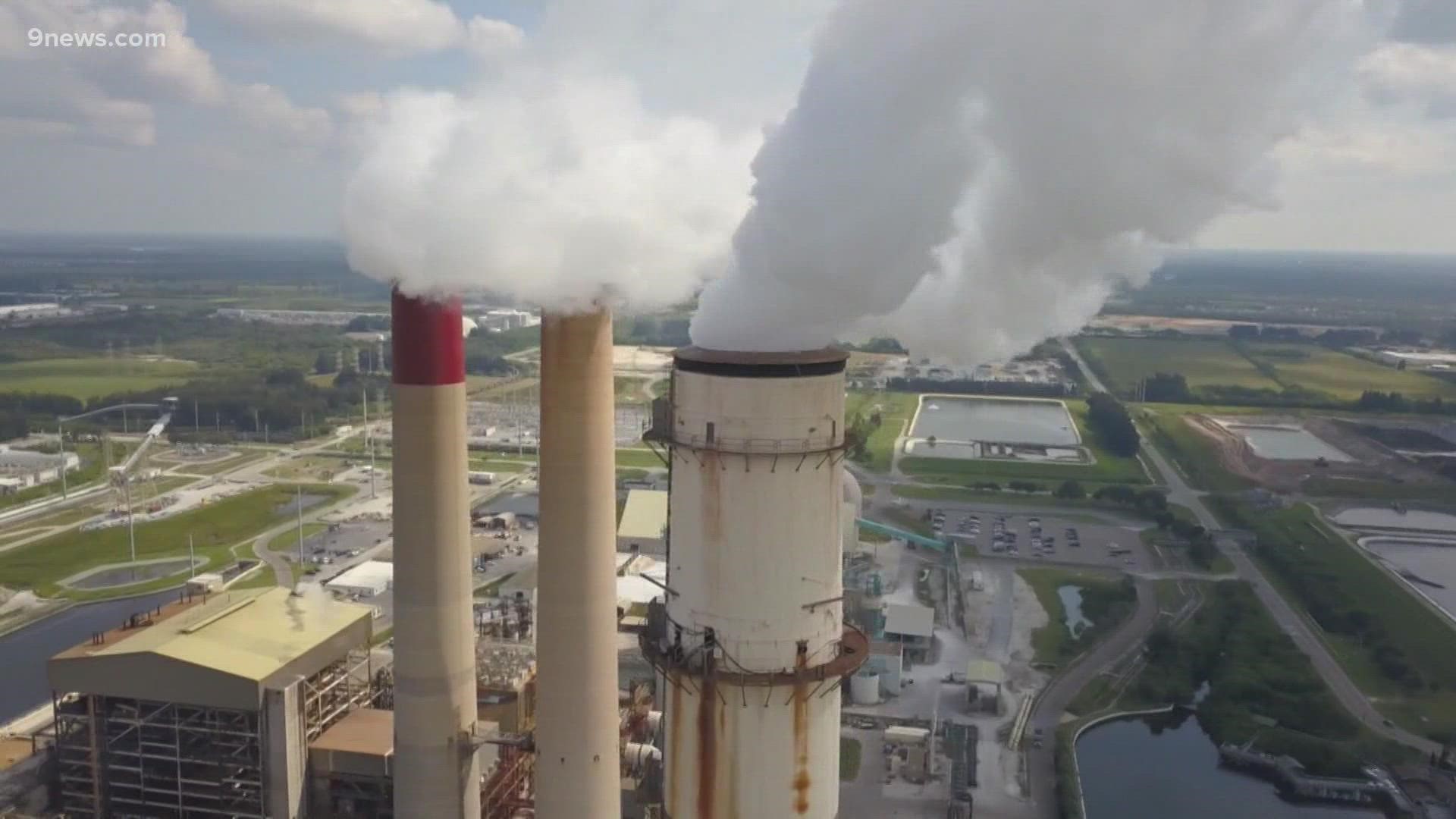 WASHINGTON — Democrats brushed aside months-long divisions and approached House passage of their expansive social and environment bill Friday, as President Joe Biden and his party neared a defining win in their drive to use their control of government to funnel its resources toward their domestic priorities.

Final passage, which had been expected Thursday, was delayed as Minority Leader Kevin McCarthy, R-Calif., held it up with an hours-long broadside criticizing Biden, Democrats and the bill. Most Democrats abandoned the chamber after midnight with McCarthy still talking, and House Majority Leader Steny Hoyer, D-Md., told reporters that leaders planned for passage later Friday.

House approval was still expected on a near party-line vote. That would send the measure to a Senate where cost-cutting demands by moderate Sen. Joe Manchin, D-W.Va., and that chamber’s strict rules seemed certain to force significant changes. That will prompt fresh disputes between party centrists and moderates that will likely take weeks to resolve.

Even so, House passage would mark a watershed for a measure remarkable for the breadth and depth of the changes it would make in federal policies. Wrapped into one bill were far-reaching changes in taxation, health care, energy, climate change, family services, education and housing. That underscored Democrats’ desire to achieve their goals while controlling the White House and Congress — a dominance that could well end after next year’s midterm elections.

“Too many Americans are just barely getting by in our economy,” Hoyer said. “And we simply can’t go back to the way things were before the pandemic.”

House passage would also give Biden a momentary taste of victory, and probably relief, during perhaps the rockiest period of his presidency. He’s been battered by falling approval numbers in polls, reflecting voters’ concerns over inflation, gridlocked supply chains and the persistent coronavirus pandemic, leaving Democrats worried that their legislative efforts are not breaking through to voters.

Biden this week signed a $1 trillion package of highway and other infrastructure projects, another priority that overcame months of internal Democratic battling. The president has spent recent days promoting that measure around the country.

McCarthy spent over four hours on his feet, at times shouting or rasping hoarsely. Democrats sporadically booed and groaned as McCarthy glared back, underscoring partisan hostility only deepened by this week’s censure of Rep. Paul Gosar, R-Ariz., for threatening tweets aimed at Rep. Alexandria Ocasio-Cortez, D-N.Y.

Credit: AP
In this image from House Television, House Minority Leader Kevin McCarthy of Calif., speaks on the House floor during debate on the Democrats' expansive social and environment bill at the U.S. Capitol on Thursday, Nov. 18, 2021, in Washington. (House Television via AP)

McCarthy, who hopes to become speaker if Republicans capture the chamber in next year’s elections, recited problems the country has faced under Biden, including inflation, China's rise and large numbers of immigrants crossing the Southwest border. “Yeah, I want to go back,” he said in mocking reference to the “Build Back Better” name Biden uses for the legislation.

House rules do not limit how long party leaders may speak. In 2018, House Speaker Nancy Pelosi, D-Calif., minority leader at the time, held the floor for over eight hours demanding action on immigration.

Credit: AP
Speaker of the House Nancy Pelosi, D-Calif., talks to reporters about plans to pass President Joe Biden's domestic agenda as the House meets to debate the Build Back Better Act, at the Capitol in Washington, Thursday, Nov. 18, 2021. (AP Photo/J. Scott Applewhite)

The House inched toward a final vote after the nonpartisan Congressional Budget Office said the package would worsen federal deficits by $160 billion over the coming decade. The agency also recalculated the measure’s 10-year price tag at $1.68 trillion, though that figure wasn’t directly comparable to a $1.85 trillion figure Democrats have been using.

Most of it would be paid for by tax increases on the wealthy, big corporations and companies doing business abroad.

The measure would provide $109 billion to create free preschool for 3- and 4-year-olds. There are large sums for home health care for seniors, new Medicare coverage for hearing and a new requirement for four weeks of paid family leave. The family leave program, however, was expected to be removed in the Senate, where it’s been opposed by Manchin.

There is also language letting the government issue work permits to millions of immigrants that would let them stay in the U.S. temporarily, and $297 billion in savings from letting the government curb prescription drug costs. The fate of both those provisions is uncertain in the Senate, where the chamber’s nonpartisan parliamentarian enforces rules that limit provisions allowed in budget bills.

In one major but expected difference with the White House, CBO estimated that the bill’s added $80 billion to beef up IRS tax enforcement would let it collect $207 billion in new revenue over the coming decade. That meant net savings of $127 billion, well below the White House’s more optimistic $400 billion estimate.

In a scorekeeping quirk, CBO officially estimated that the overall legislation would drive up federal deficits by $367 billion over the coming decade. But agency guidelines require it to ignore IRS savings when measuring a bill’s deficit impact, and it acknowledged that the measure’s true impact would worsen shortfalls by $160 billion when counting added revenue the IRS would collect.

Biden and other Democratic leaders have said the measure would pay for itself, largely through tax increases on the wealthy, big corporations and companies doing business abroad.

Both parties worry about deficits selectively. Republicans passed tax cuts in 2017 that worsened red ink by $1.9 trillion, while Democrats enacted a COVID-19 relief bill this year with that same price tag.

Republicans said the latest legislation would damage the economy, give tax breaks to some wealthy taxpayers and make government bigger and more intrusive. Drawing frequent GOP attacks was a provision boosting the limit on state and local taxes that people can deduct from federal taxes, which disproportionately helps top earners from high-tax coastal states.

After months of talks, Democrats appeared eager to wrap it up and begin selling the package back home. They said they were planning 1,000 events across the country by year’s end to pitch the measure’s benefits to voters.

Facing uniform Republican opposition, Democrats could lose no more than three votes to prevail in the House, but moderates seemed reassured by CBO’s figures. Some said projections about IRS savings are always uncertain, others said the bill need not pay for it roughly half-trillion dollars for encouraging cleaner energy need because global warming is an existential crisis.

Florida Democratic Rep. Stephanie Murphy, a leading centrist, said she would back the measure after the latest numbers showed the legislation “is fiscally disciplined” and “has a lot of positive elements.”

Vice President Kamala Harris’ tie-breaking vote gives Democrats control of the 50-50 Senate. That leaves Democrats with zero votes to spare, giving enormous leverage to Manchin in upcoming bargaining. The altered bill would have to return to the House before going to Biden’s desk.

The nonpartisan Committee for a Responsible Federal Budget, which preaches fiscal constraint, estimated that the bill’s overall cost would be nearly $5 trillion if Democrats hadn’t made some of its programs temporary. For example, tax credits for children and low-earning workers are extended for just one year, making their price tags appear lower, even though the party would like those programs to be permanent.