Cardinals close to Pope Francis pointed to his pastoral outreach to gay men and lesbians but repeated the church's position. 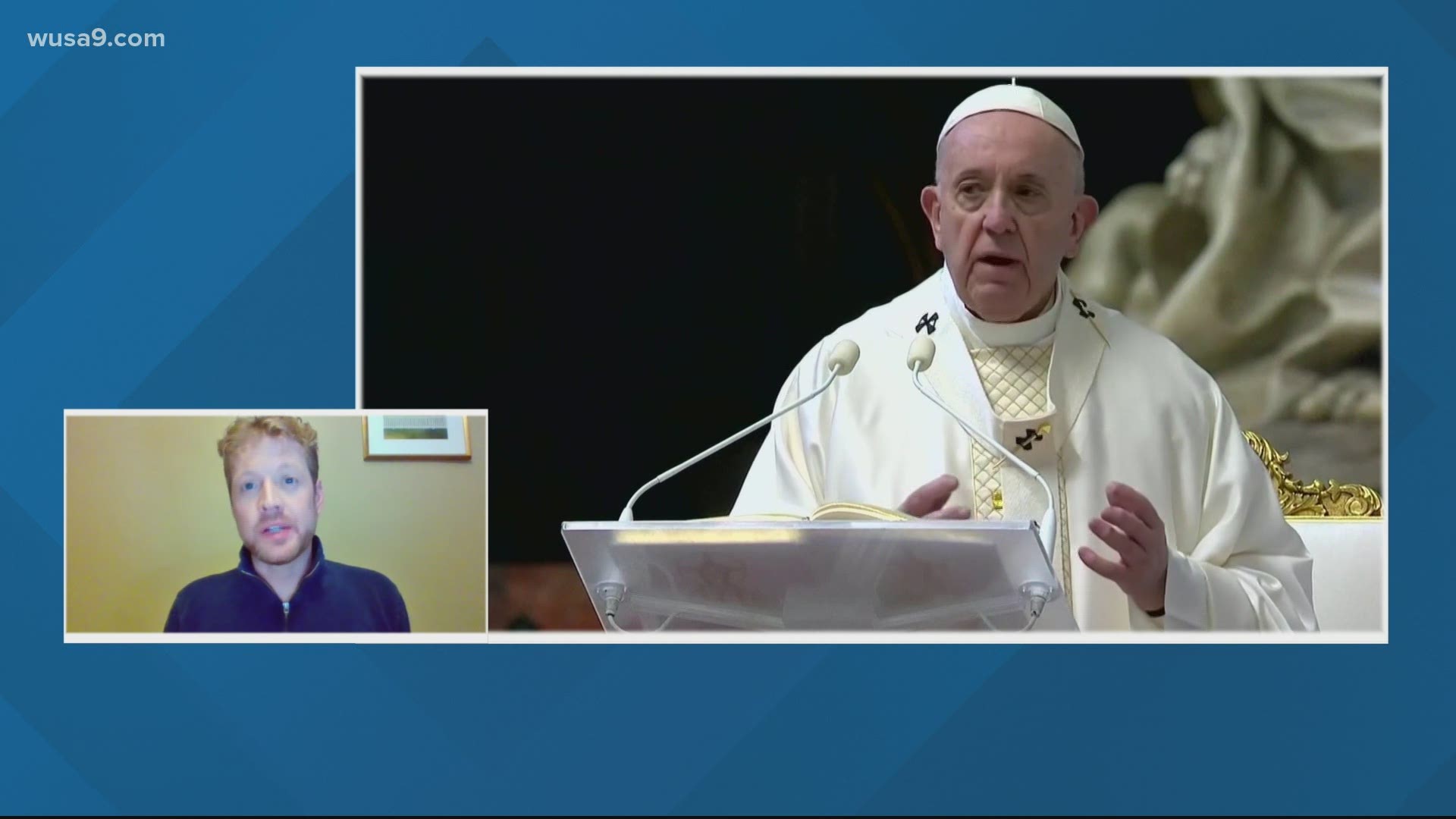 ROME, Metropolitan City of Rome — Three cardinals close to Pope Francis defended a recent Holy See pronouncement that priests cannot bless same-sex unions as the Vatican faced outright dissent from some Catholic clergy and questions about the pontiff's approval of the document.

Cardinal Kevin Farrell, head of the Vatican’s laity office, concurred Thursday with the pronouncement that a “blessing” is a sacramental action related to the sacrament of marriage, which the Catholic Church teaches can only be celebrated between a man and woman.

Farrell said civil unions are not “marriages” as the Catholic Church understands the term, but he stressed: “I do want to insist that nobody, nobody must ever be excluded from the pastoral care and love and concern of the church.”

He was speaking at a news conference launching a yearlong celebration of Francis’ view of family life, articulated in a 2016 document titled “The Joy of Love.”

“The church has a very clear teaching about marriage that needs to be proclaimed," O'Malley said during an online panel discussion organized by Georgetown University.

Their comments came amid continuing criticism of the document released Monday by the Vatican’s Congregation for the Doctrine of the Faith, which said the Catholic Church cannot bless same-sex unions because God “cannot bless sin.”

In Austria, a group of dissident Catholic priests known as the Pfarrer-Initiative, or, the Pastors’ Initiative, said they were “deeply appalled” by the new decree and would not follow it.

“This is a return to times we had hoped with Pope Francis to get past,” the priests in Austria said in a statement. “We will, in solidarity with so many, not reject any loving couple in the future who asks to celebrate God’s blessing, which they experience every day, also in a worship service.”

The group, which was founded in 2006 by nine priests and today claims 350 members “from the official Roman Catholic Church,” said the decree “discredits Jesus’ liberating message.”

A Belgian bishop, Antwerp Bishop Johan Bonny, apologized to the faithful on Wednesday for what he said was a “painful and incomprehensible” decision.

In Germany, Mainz Bishop Peter Kohlgraf also expressed dismay, saying he was “bothered” by the Vatican position and took seriously the criticism of it he had heard from his flock. In a statement on his diocesan website, Kohlgraf said he stood by views he expressed in writing last month that appeared to endorse various liturgical blessings for gay couples that some priests already were using.

“The blessing celebrations arose from pastoral accompaniment of the people affected. Most of them are not formulas replicating church marriage, nor is the intention to develop a uniform liturgy,” he wrote. “No, I do not call for a form of blessing that is similar to marriage. But I do call for accompaniment – instead of judging.”

The rollout of the document was unusual. The Vatican press office gave no advance notice that it was coming out. The document itself said Francis had only been “informed and gave his assent to the publication."

Other documents from the Vatican orthodoxy office have carried a much more authoritative-sounding endorsement from the pope. One issued June 24 on the validity of some baptisms, for example, said Francis had “approved these responses and ordered their publication."

Credit: AP
FILE - In this May 21, 2015 file photo, Mauro Cioffari, left, puts a wedding ring on his partner Davide Conti's finger as their civil union is being registered by a municipality officer during a ceremony in Rome's Campidoglio Capitol Hill.