Chase Smith, 19, has been fighting Ewing's sarcoma for six years. He continues his fight with his high school sweetheart -- now his wife -- at his side. 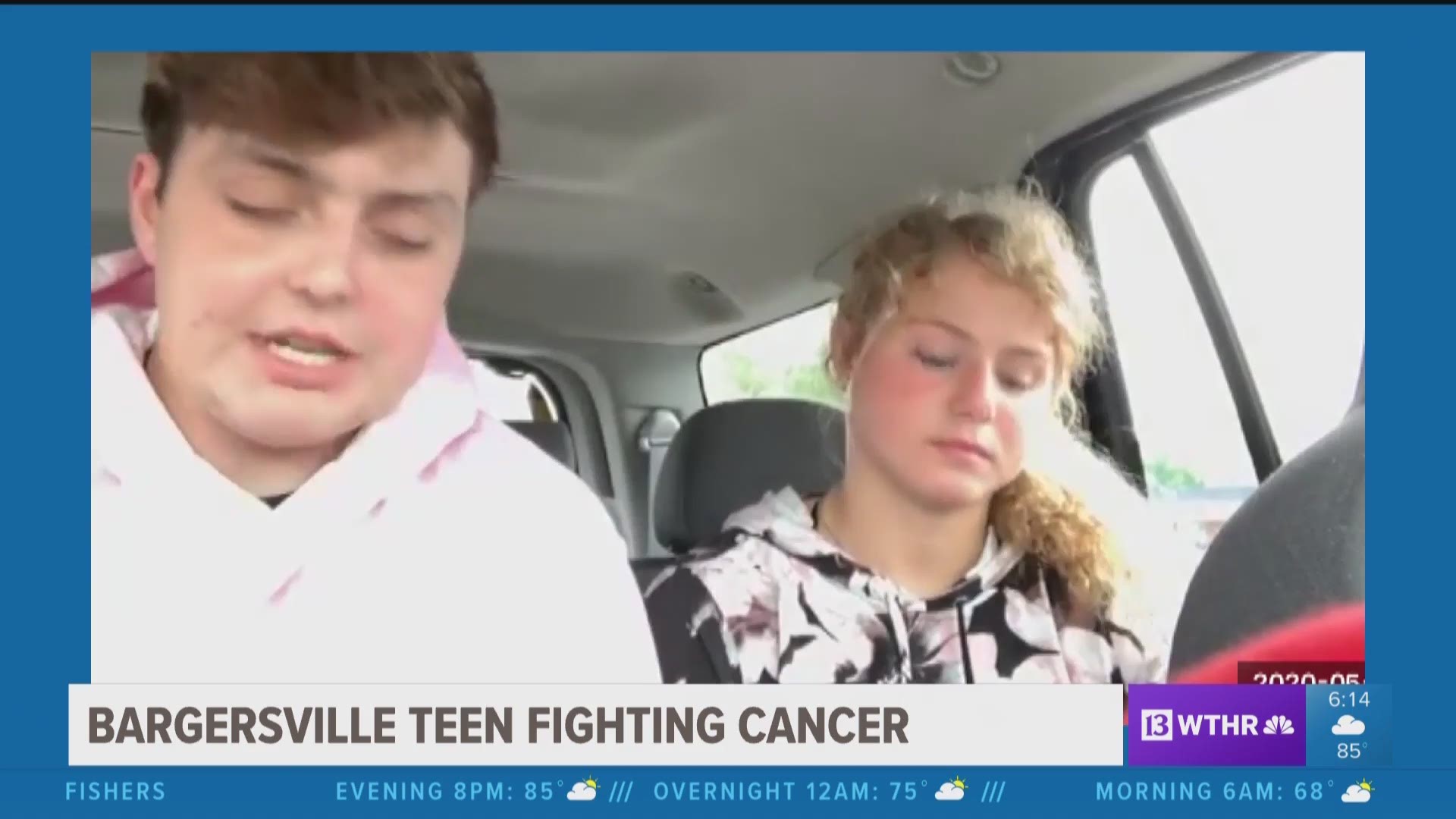 BARGERSVILLE, Ind — A 19-year old Bargersville graduate is fighting a grim cancer diagnosis with a new partner at his side.

13 Investigates first introduced us to Chase Smith as part of its series "Desperate for Answers" focusing on childhood cancer rates in Johnson County.

Reporter Sandra Chapman caught up with Chase to talk about his new love, his experimental treatment and what lies ahead.

Chase Smith was on the drive home from the Cleveland Clinic after his first rounds of experimental radiation treatment when 13 Investigates caught up with him and his family.

"How do you feel like this first round went?" asked Chapman.

"Very well, very few side effects, definitely a little bit tired but overall very good," Chase responded while riding in the back seat of his parent's SUV.

He battles daily fatigue, headaches and pain brought on by Ewing's Sarcoma, a rare cancer first diagnosed when he was just 13 years old.

13 Investigates met Chase in 2015 doing what he loved most: swimming.

Chase was a championship swimmer and one of the dozens of kids in Johnson County diagnosed with cancer when WTHR began looking into the high rates in that county. He also shared a diagnosis with his friend Kaleb Buck who passed away in 2016.

Chase has had relapses before but was able to recover.

Then in April of this year, doctors at Riley gave Chase three to five months to live after finding tumors near his pituitary gland in his brain.

"It has spread," he told 13 Investigates. "It does make it a little more challenging. But I still have the same attack and the same approach, the same hope that I did before.

Hope now is in making every day count with a new love by his side — Sadie.

"It was definitely God's miracle that she was put in my life and we hit it off so fast," he said getting a small burst of energy.

Days after his diagnosis and in the midst of the pandemic the high school sweethearts, and now graduates, got married.

"I can only describe it as the best month of my life," added Chase. Sadie agreed.

"We were together for six months before we decided to get married," said Sadie. "Chase encourages me to push my limits and he's always by my side," she said.

Sadie is a diver and will attend college in the fall. They dream of having Chase poolside to cheer her on.

It's the bitter and the sweet.

A love story in the most trying of times as they await results and walk in faith to the future.

"One hundred percent and the only reason I'm as strong and as confident and as calm as I am in my toughest situations is because of God. It's not my personal strength that's given me that," said Chase, who celebrated his 19th birthday on June 4 poolside with his new extended family.

Brad Smith told 13 Investigates his son will have a new set of scans in four to six weeks to determine the effectiveness of the experimental treatment.

The elder Smith has long questioned the lack of pediatric cancer research and treatments nationwide. He was glad to see the EPA cleanup in Franklin last year after testing uncovered contaminants like Trichlorethylene (TCE) and Tetrachlorethylene (PCE).

"I think there's something environmental, I wish there was more research," he told 13 Investigates.

Smith said he knows of as many as five to eight children in central Indiana diagnosed with that same cancer bearing down on Chase, pointing out that only 200 kids are diagnosed nationally with Ewing's Sarcoma each year.

For now, the Smiths are unified as they approach the time ahead, following the same spirit Chase exudes.

A GoFundMe page has been set up to help offset some of the costs of going to the Cleveland Clinic.

RELATED: Cancer survivor urges others to never give up.

RELATED: Most common type of cancer is also most preventable