A drone pilot made a grim discovery while flying over flooded areas near Beaumont. 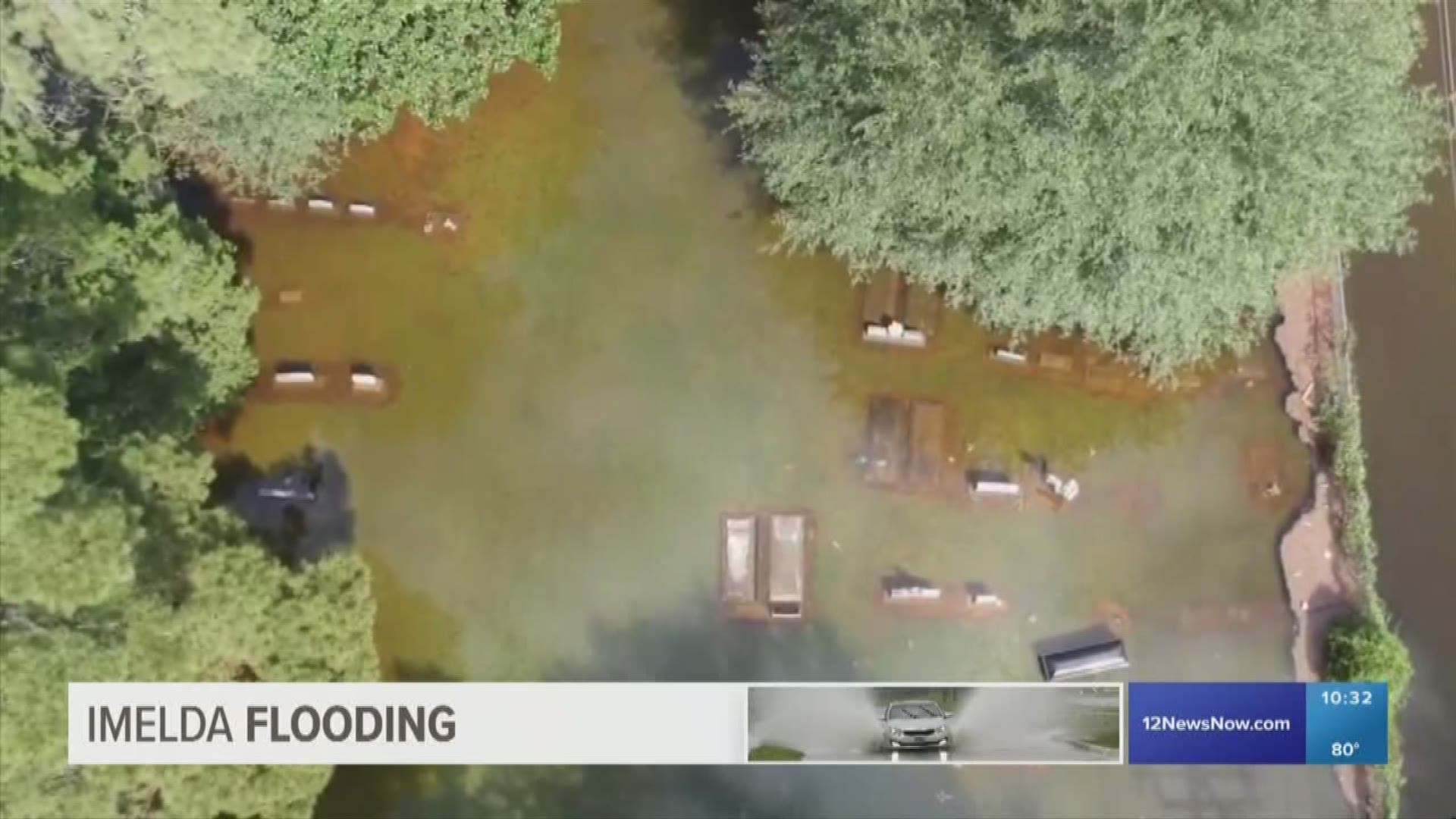 In addition to homes being destroyed and cars abandoned along highways, a grim scene unfolded in Orangefield.

Gary Naquin flew his drone over the cemetery off Cajun Way in Orangefield Saturday and captured video of vaults and a coffin floating on the premises. Naquin told 12News he chose to fly the drone there because he has relatives buried in the cemetery.

Some parts of southeast Texas received up to 45 inches of rain from Tropical Storm Imelda. As of Sunday afternoon, some highways are still closed and school districts will be closed through part of next week.

TxDOT was able to reopen IH-10 from Beaumont to Baytown in both directions but some parts of western Jefferson County are only one lane each way due to water on the road. Highway Patrol is set up along the road in those areas to make sure drivers don't go into floodwaters or exceed the speed limit.

RELATED: County-by-county list of how to report storm damage

*This story has been edited to clarify that one casket was floating and several vaults were visible in the video.