Gen. Colin Powell served as secretary of state under Republican President George W. Bush and as Chairman of the Joint Chiefs under George H.W. Bush. 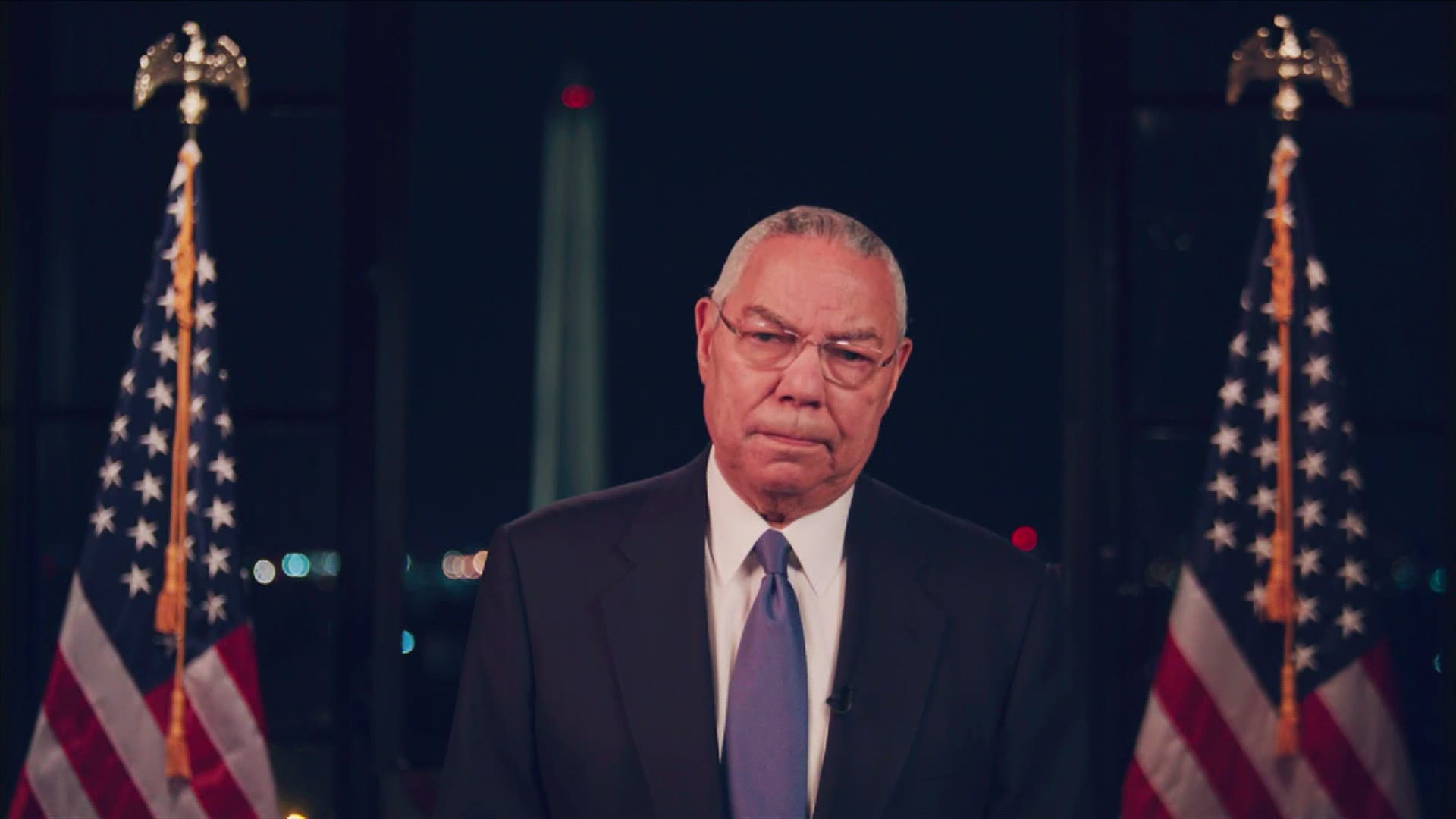 Former Secretary of State Colin Powell is endorsing Joe Biden, saying with him in the White House, “We will never doubt that he will stand with our friends and stand up to our adversaries — never the other way around.”

In taped remarks during the Democratic National Convention on Tuesday night, Powell sought to draw an implicit contrast between Biden and President Donald Trump, without naming Trump.

Powell also lamented that “today we have a country divided, and we have a president doing everything in his power to make us that way, to keep us that way.”

Powell served as secretary of state under Republican President George W. Bush from 2001 until 2005, and served as chairman of the Joint Chiefs of Staff under both Bush and Democratic President Bill Clinton.

RELATED: Jimmy Carter says 'Joe Biden must be our next president'