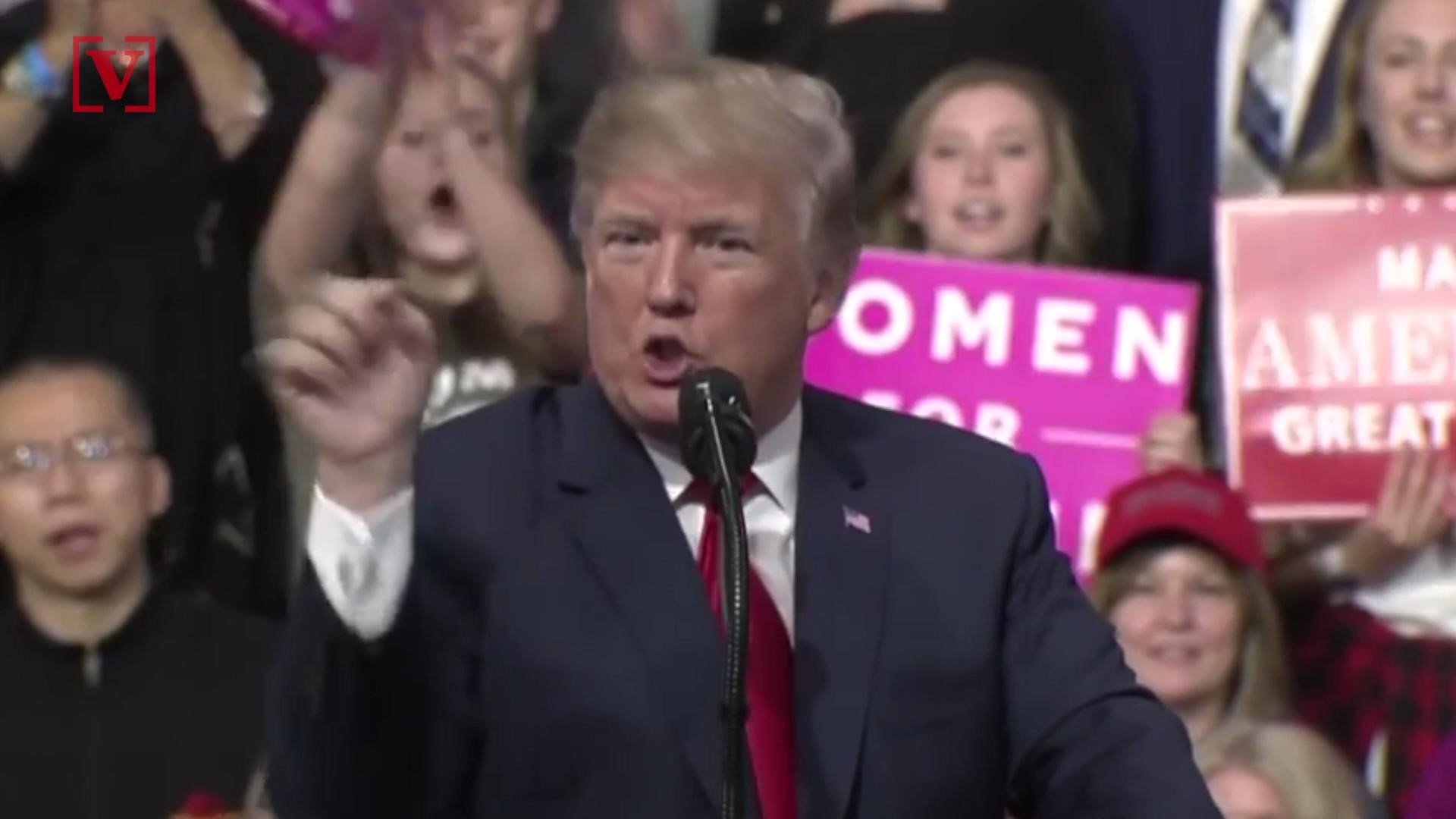 WASHINGTON, D.C., USA — More Democrats are calling — and more loudly — for impeachment proceedings against President Donald Trump after his latest defiance of Congress by blocking his former White House lawyer from testifying on Tuesday.

A growing number of rank-and-file House Democrats, incensed by former Counsel Don McGahn's empty chair in the Judiciary Committee hearing room, are confronting House Speaker Nancy Pelosi and pushing her and other leaders to act. Their impatience is running up against the speaker's preference for a more methodical approach , including already-unfolding court battles.

Pelosi summoned some of them — still a small fraction of the House Democratic caucus — to a meeting of investigators Wednesday to assess strategy.

Some other Democratic leaders, while backing Pelosi, signaled that a march to impeachment may at some point become inevitable.

"We are confronting what might be the largest, broadest cover-up in American history," Majority Leader Steny Hoyer told reporters. If a House inquiry "leads to other avenues including impeachment," the Maryland Democrat said, "so be it."

Reps. Joaquin Castro of Texas and Diana DeGette of Colorado added their voices to the impeachment inquiry chorus.

"There is political risk in doing so, but there's a greater risk to our country in doing nothing," Castro said in on Twitter. "This is a fight for our democracy."

Tweeted DeGette: "The facts laid out in the Mueller report, coupled with this administration's ongoing attempts to stonewall Congress, leave us no other choice."

One Republican congressman, Justin Amash of Michigan, has called for impeachment proceedings. He said Tuesday he thinks other GOP lawmakers should join him — but only after reading special counsel Robert Mueller's report carefully.

Republican House leader Kevin McCarthy dismissed Amash as out of step with House Republicans and "out of step with America." And Sen. Lindsey Graham of South Carolina said wryly of Amash's position, "I don't think it's going to be a trend-setting move."

As Democrats weigh their options, Trump is almost taunting them by testing the bounds of executive power in ways few other administrations have. The White House contends that even former employees like McGahn do not have to abide by subpoenas from Congress.

Trump's former White House counsel is the most-cited witness in Mueller's Trump-Russia investigation report, recounting the president's attempts to interfere with the probe. And that makes his silence all the more infuriating for Democrats.

House Judiciary Chairman Jerrold Nadler gaveled open Tuesday's hearing with a stern warning that McGahn will be held in contempt for failing to appear.

"Our subpoenas are not optional," Nadler said. "We will not allow the president to stop this investigation."

However, Rep. Doug Collins, the ranking Republican on the committee, spoke scornfully of Nadler's position, calling the session a "circus" and saying the chairman preferred a public "fight over fact-finding."

Democrats are "trying desperately to make something out of nothing," Collins said, in the aftermath of Mueller's report.

A lawyer for McGahn had said he would follow the president's directive and skip Tuesday's hearing, leaving the Democrats without yet another witness — and a growing debate within the party about how to respond.

Nadler said the committee would vote to hold McGahn in contempt, though that's not expected until June, after lawmakers return from the Memorial Day recess.

Democrats are encouraged by an early success in the legal battles , a Monday ruling by a federal judge against Trump on in a financial records dispute with Congress. Trump's team filed notice of appeal on Tuesday.

But Pelosi's strategy hasn't been swift enough for some lawmakers. In particular, several members of the Judiciary panel feel they must take the lead in at least launching impeachment proceedings.

They say a formal impeachment inquiry could give Democrats more standing in court, even if they stop short of a vote to remove the president.

"I think that's something a lot of members of the committee — and more and more members of the caucus — think is necessary," said Rep. Steve Cohen of Tennessee. "I think an inquiry, as the Senate Watergate hearings were, would lead the public to see the misdeeds of this administration."

Others, though, including some from more conservative districts, said they prefer the step-by-step approach.

"We want to make sure that we're following all the legal processes, everything we've been given, to truly make the best decisions," said Rep. Lucy McBath of Georgia, a freshman on the Judiciary panel.

Pelosi scheduled Wednesday's meeting with lawmakers from the Judiciary and Oversight committees after some members confronted her during a meeting among top Democrats Monday evening.

At that time, Rep. Jamie Raskin of Maryland led others in arguing that an impeachment inquiry would consolidate the Trump investigations and allow Democrats to keep more focus on their other legislative work, according to people familiar with the private conversation who requested anonymity to discuss it.

Pelosi pushed back, saying that several committees are doing investigations already and noting that Rep. Elijah Cummings of Maryland, the chairman of the Oversight Committee, already had won the early court battle over Trump's financial documents.

With a 235-197 Democratic majority, Pelosi would likely find support for starting impeachment proceedings, but it could be a tighter vote than that margin suggests. Some lawmakers say voters back home are more interested in health care and the economy. Many come from more conservative districts where they need to run for re-election in communities where Trump also has support.

For Pelosi, it's a push-pull exercise as she tries to raise awareness about Trump's behavior without moving toward impeachment unless she knows the public is with Congress.

"We've been in this thing for almost five months and now we're getting some results," Pelosi told lawmakers Monday night. "We've always said one thing will lead to another as we get information."

But other Democrats in the meeting, several of whom have spoken publicly about a need to be more aggressive with Trump, are increasingly impatient. They include Reps. David Cicilline of Rhode Island, Ted Lieu of California and freshman Joe Neguse of Colorado.

"We're in a very grave moment," said Rep. Madeleine Dean of Pennsylvania, and "probably right now are left, with nothing but that we must open an inquiry."

Tweeted Rep. Veronica Escobar of Texas: Congress has made "accommodation after accommodation. I don't think we should wait any longer."