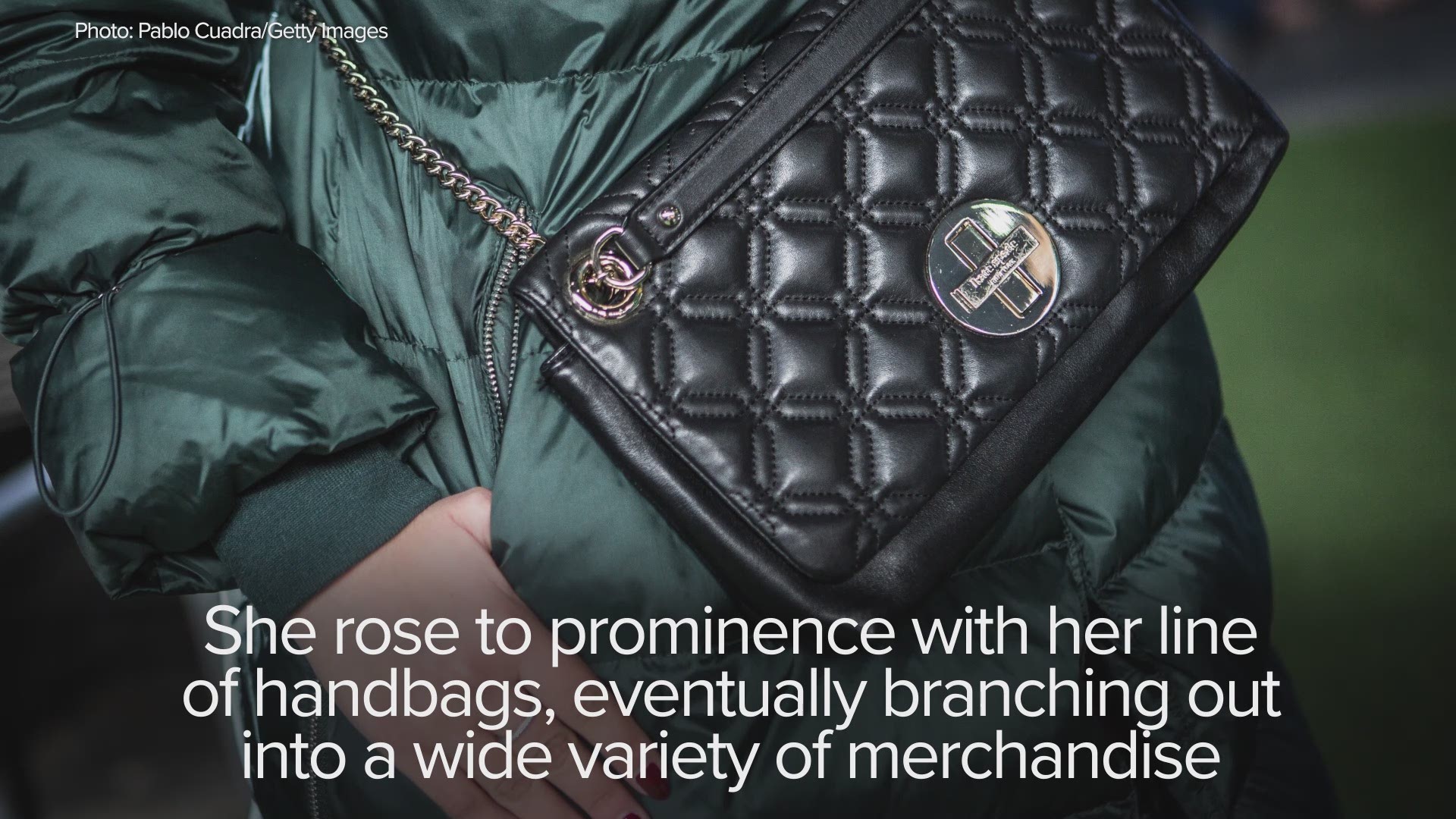 Authorities believe her death was an apparent suicide.

The 55-year-old was found at the scene by housekeeping at about 10:20 a.m. Her husband and business partner Andy Spade was in the house at the time. It's not clear how long she had been dead. The medical examiner will perform an autopsy.

The couple's 13-year-old daughter was at school at the time. Officials said a note was found at the scene telling her it was not her fault.

The family says they are devastated by her death. They said through a spokesman that they loved Kate dearly and will miss her terribly. They asked for privacy during "this very difficult time."

A crime scene truck was parked outside their building on Manhattan's Upper East Side, and barriers had been set up to keep back reporters and gawkers who were arriving to the building.

Back in 1993, Kate Brosnahan Spade, a former accessories editor at mademoiselle, set out to design the perfect handbag, according to her company's website. That mission led to their first New York City shop in 1996 and eventually it grew to become a global design powerhouse.

Julia Curry, a spokeswoman for the company, said that "Kate will be dearly missed" and "our thoughts are with Andy and the entire Spade family at this time."

She walked away from the company in 2007, a year after it was acquired from the Neiman Marcus Group for $125 million by the company then known as Liz Claiborne Inc. In 2017, Coach bought the brand for $2.4 billion.

Spade and her husband Andy started a new handbag company a few years ago, Frances Valentine. And she changed her name to Katherine Noel Frances Valentine Brosnahan Spade, she said in an NPR interview this year.

In addition to her husband, Spade is survived by a daughter, born in 2005

If you or a loved one is experiencing depression, emotional distress and/or a suicidal crisis, call The National Suicide Prevention Lifeline at 1-800-273-8255. It's open 24/7, toll-free.

Many have taken to Twitter to express their condolences. Kate Spade New York tweeted an image, saying "We honor all the beauty she brought into this world.

"My grandmother gave me my first Kate Spade bag when I was in college. I still have it," tweeted Chelsea Clinton.

My grandmother gave me my first Kate Spade bag when I was in college. I still have it. Holding Kate’s family, friends and loved ones in my heart.

"She was also a staple of NYC who spread good will," she said.

Kate Spade was more than a designer. She had a quirky visual language that captivated Bat Mitzvah girls and artists alike. She was also a staple of NYC who spread good will. My heart breaks for her family. Thank you, Kate, from one of the millions you made feel beautiful.

Musician Josh Groban tweeted that "depression does not discriminate,' and included the National Suicide Prevention lifeline.

Depression does not discriminate and comes without warning. RIP Kate Spade. Love to her family.

The sadly ironic part is that if I had to use one word to describe #KateSpade's aesthetic, I would say "Happy."

Please seek help if you're overwhelmed and reach out to others who look like they might be.

Heartbroken to hear about #KateSpade. My favorite designer who looked out for women of all shape & means. She was a beautiful and talented woman & while she brought so much confidence & happiness to other women, I am saddened she was missing in her own life. RIP