Chlorpyrifos is put on crops like soybeans, fruit and nut trees, broccoli and cauliflower. It has been linked to potential brain damage in children. 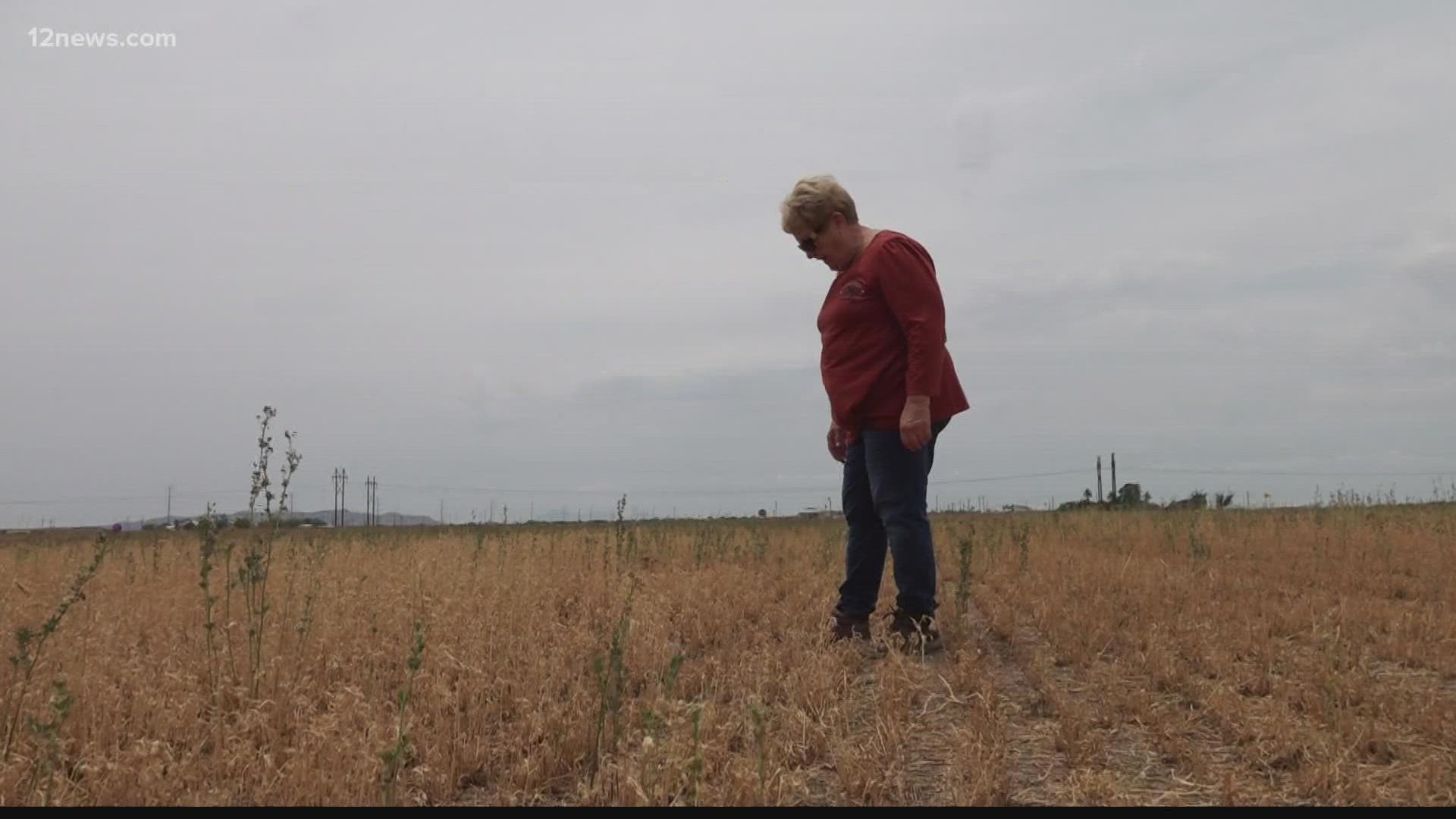 The Biden administration said Wednesday it was banning use of chlorpyrifos, a widely used pesticide long targeted by environmentalists, on food crops because it poses risks to children and farm workers.

The Environmental Protection Agency acted after a federal appeals court ordered the government in April to quickly determine whether the pesticide is safe or should be prohibited.

During the Obama administration, the EPA had initiated a ban, but the agency reversed that decision shortly after President Donald Trump took office in 2017.

“Today EPA is taking an overdue step to protect public health," Administrator Michael Regan said. "After the delays and denials of the prior administration, EPA will follow the science and put health and safety first.”

Chlorpyrifos is applied on numerous crops, including soybeans, fruit and nut trees, broccoli and cauliflower. It has been linked to potential brain damage in children.

The Pesticide Action Network North America and the Natural Resources Defense Council petitioned the EPA in 2007 to revoke all approved levels of chlorpyrifos in food.

“It is gratifying to see the EPA once again adhere to the best available science when making critical regulatory decisions,” said Rep. Eddie Bernice Johnson, chairwoman of the House Committee on Science, Space and Technology.

EPA said it had found that chlorpyrifos did not meet a legally required standard of reasonable certainty that exposure to the pesticide wouldn’t be harmful.

The European Union, Canada and some states including California, Hawaii, New York, Maryland, and Oregon have restricted its use on foods. Those limits -- and development of replacement pest controls -- have led to a decline in farmers’ use of chlorpyrifos, EPA said.

“The ban will safeguard farmworkers, their families, communities and the food supply,” said Allison Johnson, an attorney with the NRDC. “EPA is finally following its own findings on this poisonous pesticide.”

Teresa Romero, president of United Farm Workers, said the group was "relieved that farmworkers and their families will no longer have to worry about the myriad of ways this pesticide could impact their lives.”

Corteva Inc. had been the world’s largest manufacturer of the pesticide but stopped producing it last year. The company, created after a merger of Dow Chemical and Dupont, said previously that declining sales drove its decision and that it considered chlorpyrifos safe.

EPA's decision “effectively removes an important tool for farmers,” the company said in a statement, adding that “it appears that the rationale used by the agency is inconsistent with the complete and robust database of more than 4,000 studies and reports that have examined the product in terms of health, safety and the environment.”

EPA said it would continue reviewing whether to allow use of chlorpyrifos for purposes not directly tied to food production, such as cattle ear tags and mosquito control.

Bills seeking to prohibit use of chlorpyrifos and similar pesticides have been introduced in Congress.