The ESPYS focus on honors, pandemic and racial justice

The show was hosted remotely by NFL quarterback Russell Wilson, soccer star Megan Rapinoe and Sue Bird of the WNBA. 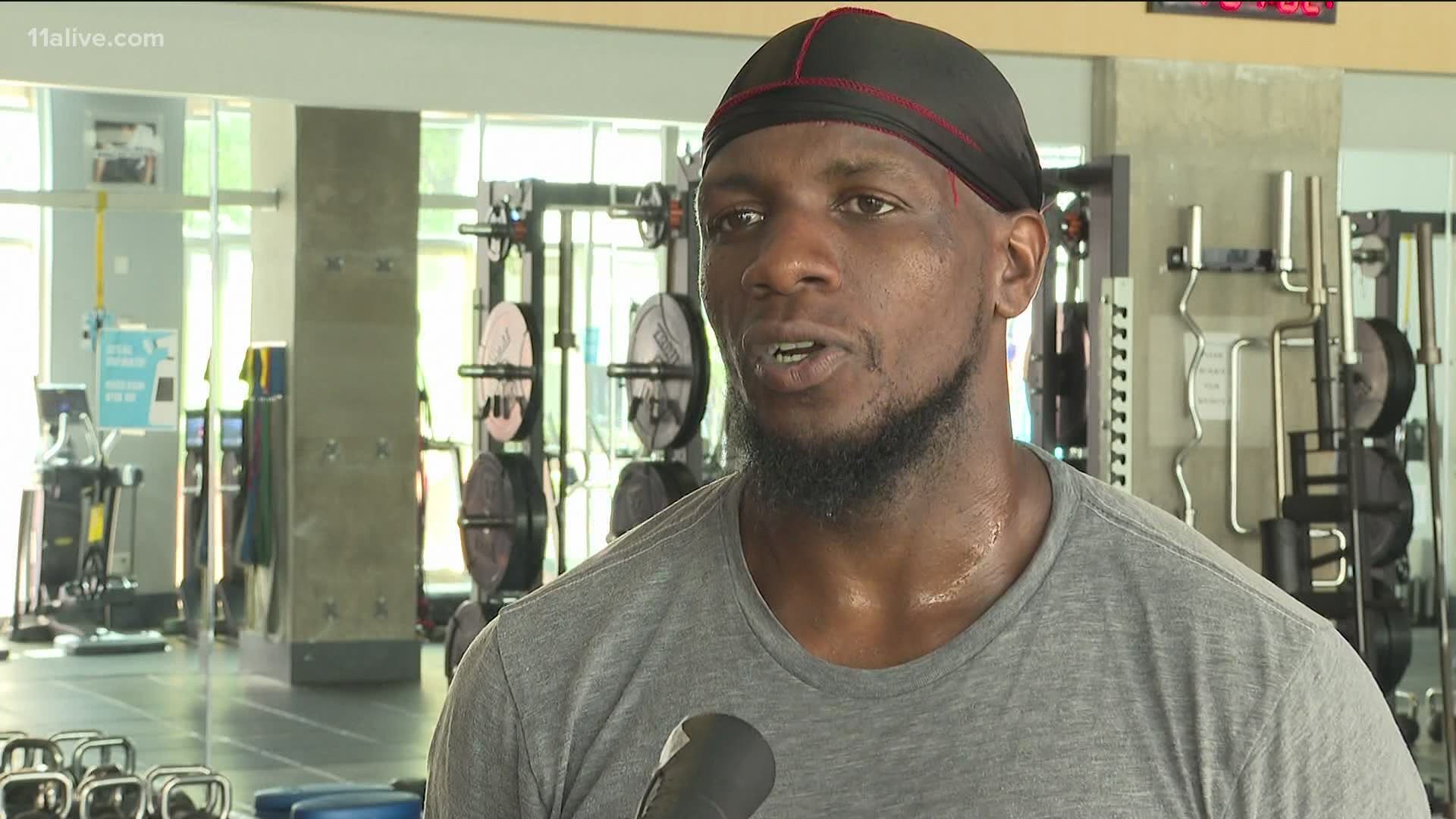 No red carpet, no nattily dressed athletes, no house band or monologue poking fun at the past year's top athletes and moments.

This was a different version of The ESPYS.

The focus of Sunday night's show on ESPN was hope and inspiration in the time of coronavirus.

NFL quarterback Russell Wilson, along with soccer star Megan Rapinoe and WNBA star Sue Bird, hosted the pre-produced show remotely from their respective homes in Seattle. Each wore Black Lives Matter T-shirts to open the show, and touched on the lives of George Floyd and Breonna Taylor, who were killed by police, as well as the life of Ahmaud Arbery. Three men, including a former police officer, are charged in Arbery’s death.

“This is the time we've got to have their backs,” Rapinoe said of Black athletes. Later in the show, Golden State Warriors coach Steve Kerr, Dallas Mavericks owner Mark Cuban and Olympic gold-medal skier Lindsey Vonn were among those calling on white athletes to listen, learn and act.

Wilson, who is Black, added, “Our country's work is not anywhere close to being done.”

Kevin Love of the Cleveland Cavaliers received the Arthur Ashe Award for Courage for sparking a national conversation about mental health. Two years ago, he wrote an online essay detailing his struggles with mental health, including having a panic attack during a game. As a result, other athletes and fans began sharing details of their own mental health challenges and sharing resources on how to get help.

Love created the Kevin Love Fund and has continued speaking out. During the COVID-19 crisis, he's shared tips on how to cope with the stress and isolation caused by the pandemic.

At home, Love opened a box with the trophy inside, proclaiming, “It's nice and shiny.”

“In light of all that's going on in our country today, I accept this award as both an honor and a challenge,” he said, looking into the camera. “A challenge to not only continue on my path, but to push beyond it and stay vocal even when silence feels safer.”

Minnesota Twins outfielder Nelson Cruz received the Muhammad Ali Sports Humanitarian Award in a videotaped piece introduced by the late boxer's daughter, Laila. Cruz has helped his hometown of Las Matas de Santa Cruz in the Dominican Republic build a police station, a medical clinic and acquire a fire truck and firefighting gear, as well as an ambulance.

Cruz cried and put his head in his hands before composing himself and saying, "From the bottom of my heart, my family, my foundation and my hometown, thank you."

Snoop Dogg rapped a tribute to NBA superstar Kobe Bryant, tracing his life from high school to a career with the Los Angeles Lakers. Bryant, his daughter Gianna and seven others were killed in a helicopter crash in January.

Taquarius “TQ” Wair, who as a 4-year-old survived a house fire in 2005 that killed his 6-year-old sister, was honored with the Jimmy V Award for Perseverance. Wair was burned all over his body and given just a 20% chance to live. He lost fingers on his left hand. Wair began playing football at age 7 and is now playing at a junior college in Minnesota, with a goal of playing at a four-year school and in the NFL.

Seattle Seahawks linebacker Shaquem Griffin informed Wair via laptop that he was being honored. Wair was handed a box with the trophy inside. He pulled it out and said, “Oh my goodness. Thank you.”

“This is humbling for me,” Wair said. “My family won't let me give up. Let's see where I can go from here. Stay tuned.”

Oscar-winning actress Halle Berry introduced Kim Clavel as winner of the Pat Tillman Award for Service. The boxer from Montreal was preparing for her first main event bout on March 21 after winning the North American Boxing Federation female flyweight title last year. But the coronavirus pandemic meant the fight was canceled.

Clavel wasn't idle for long. She had previous experience as a nurse in a maternity ward before focusing on boxing, so she began working in care units across Montreal over the last three months.

Via laptop, Clavel listened as her grandmother told her she was being honored with the award named after the player who left the NFL to join the Army after the 9/11 attacks. Tillman was killed by friendly fire in Afghanistan in 2004.

“When I need motivation, I will look at this trophy,” Clavel said.

From her living room, Billie Jean King announced the winners of her namesake Youth Leadership Award, given to those tackling issues in their communities. Joel Apudo, Batouly Camara, Ally Friedman, Jaronn Islar, Chelsea Quito, Elijah Murphy and Niah Woods will receive either a $10,000 academic scholarship or a donation to the charity of their choice.

The Los Angeles Dodgers were named the Sports Humanitarian Team of the Year for their foundation that works to improve education, health care, homelessness and social justice in the city. The foundation will use the $100,000 award to continue its programs.

Actor-comedian Keegan-Michael Key hosted an Olympic reunion via Zoom, checking in with enough athletes to represent 150 medals, and a Michael Phelps impersonator.