Family, friends praying for 'miracle' after Marine shot in head in Iowa

"This is a nightmare. We are deeply saddened to see our son in the hospital unable to get up and unable to wake up," said Nile Heefner 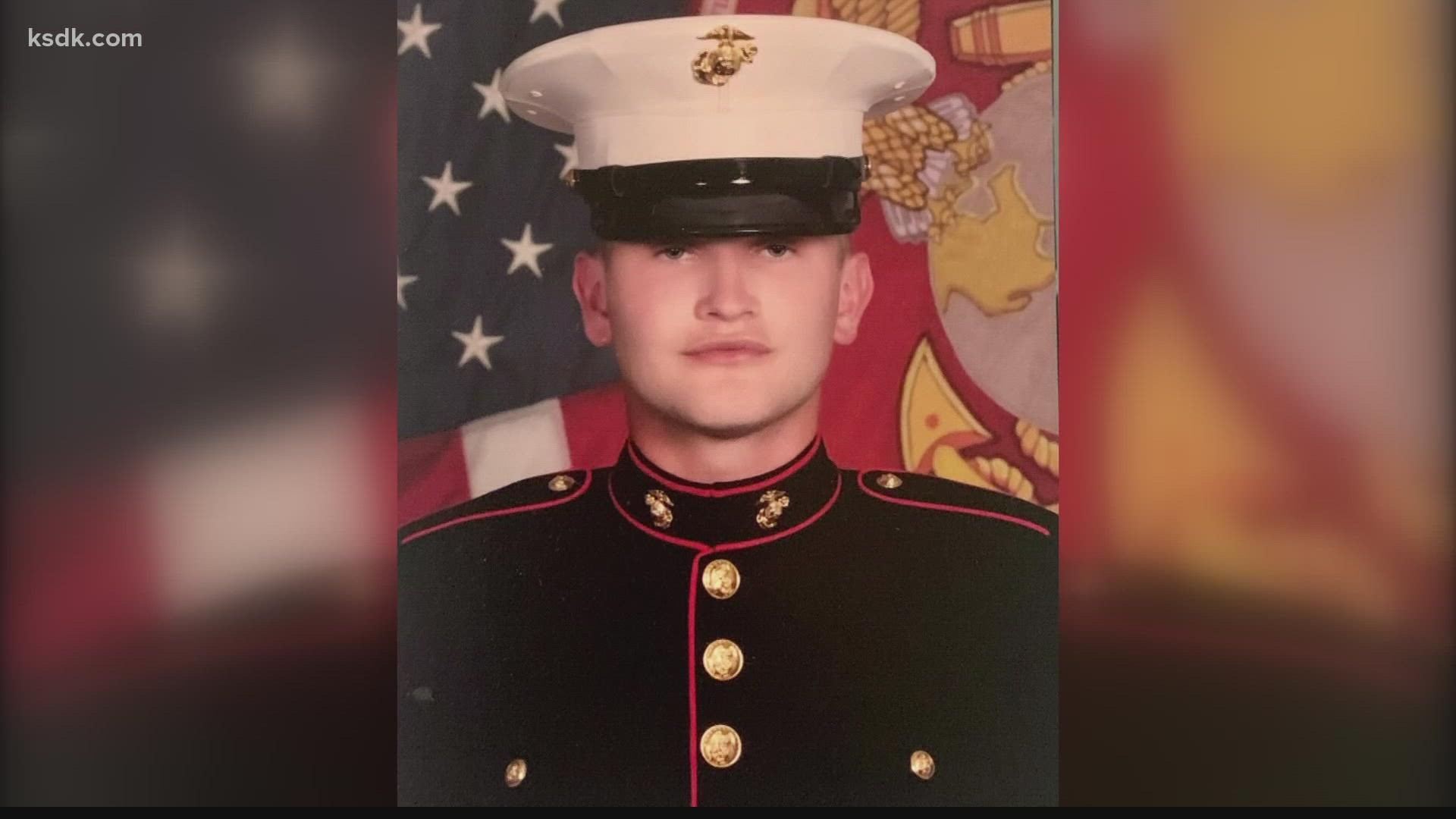 KIRKWOOD, Mo. — In May of 2020, Gabe Heefner graduated from Kirkwood High School.

By February, of 2021, Heefner followed another dream and enrolled in the Marine Corps.

"He just really wanted to serve his country and be a Marine. Be the best of the best. Learn how to be a soldier," said Nile Heefner, Gabe's dad.

Lance Corporal Heefner graduated first in his class out of 45 students, making his family extremely proud.

"He didn't come from a military family. Train his body and be disciplined and learn leadership, and so he felt like the Marines was the best place to do that," said Gabe's father.

Most recently, the 20-year-old Kirkwood native was visiting his grandparents in Iowa City, where he was born and spent the first eight years of his life.

Nile Heefner said Sunday night his son went out to pick up dinner when the unimaginable happened.

"The bullet struck him in his left temple," said the dad.

A bullet suddenly went through Gabe's opened, driver-side window. It caused him to lose control of his car and crash in a median.

The young Marine is now fighting for his life at an Iowa hospital.

The bullet is still lodged in his head.

"What are the chances? It's one in a billion that something like that would happen. We're deeply saddened," Gabe's father said. "It's terrible to see him in the hospital unable to get up, unable to wake up. It's terrible and we're very sad about it. He's stable. He hasn't made a lot of improvements in the last three days."

"It kind of like hit me and then I started crying," said Jack Martel.

Martel and Lance Corporal Heefner have been best friends for years.

The two buddies graduated from Nipher Middle School in Kirkwood.

"He'll get out of it. He knows God's looking over him," said Jack Martel.

"That he would open his eyes. That his brain would heal. That's the miracle that we're praying for," said Nile Heefner.

Lance Corporal Heefner is the oldest of three.

As for the investigation?

Iowa City police are still looking for "a person of interest."

A GoFundMe page is set up to assist Heefner's family. For more information, click here.