Fanged mouse-deer once thought to be extinct rediscovered in Vietnam

The silver-backed chevrotain is the size of a large rabbit and hasn't been seen in almost 30 years. 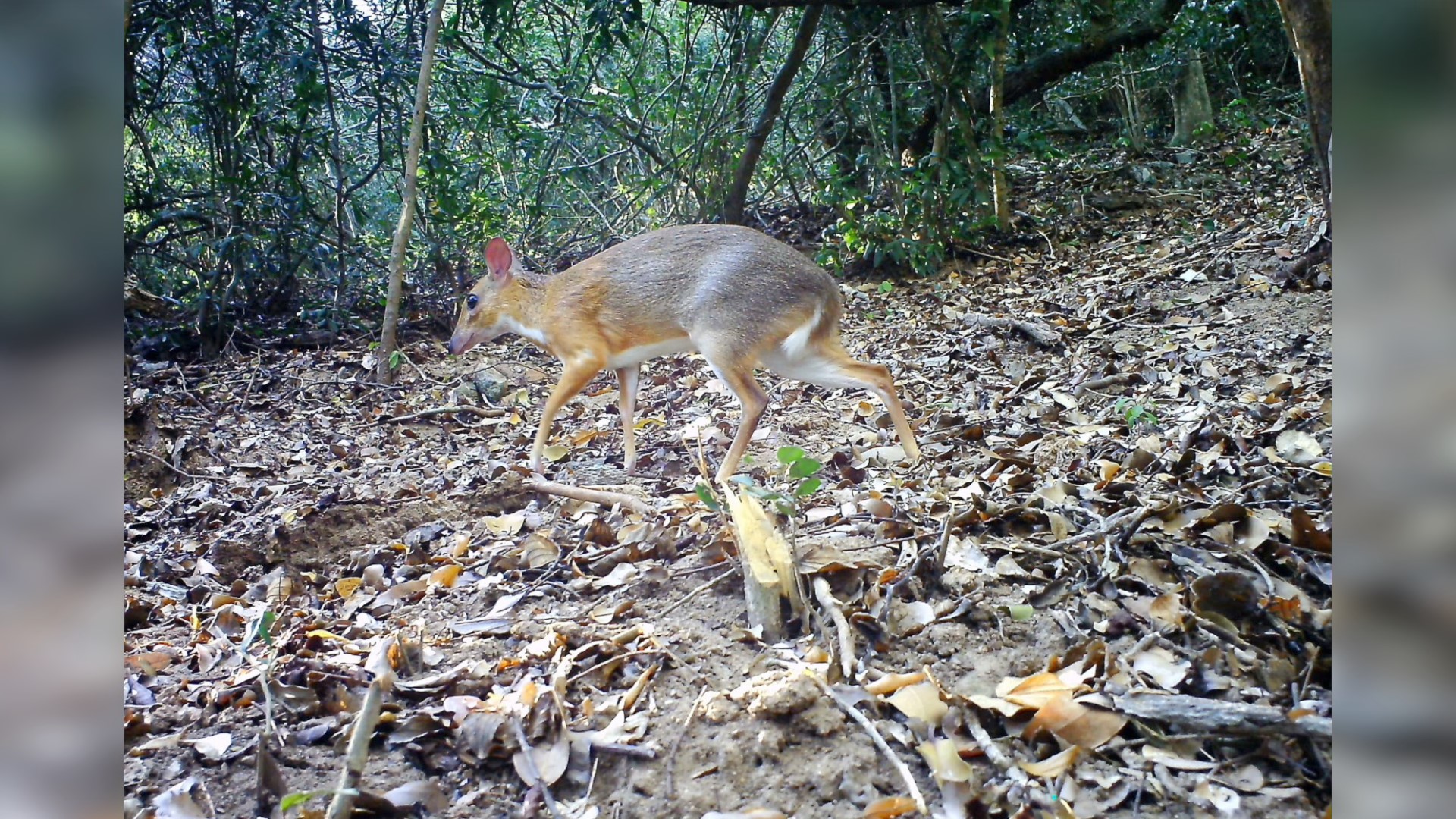 A small deer-like species with tiny fangs that hasn't been seen since 1990 has been caught on camera for the first time ever in Vietnam. The silver-backed chevrotain, is the first mammal to be rediscovered on the Global Wildlife Conservation's 25 most wanted lost species list.

The small mammal is about the size of a large rabbit, and they have a silver sheen on their rumps. It was first described in 1910 after four individuals were collected from Southern Vietnam. A Russian expedition to Vietnam in 1990 caught a fifth one, and that was the last time the animal was seen. Scientists know very little about the species, making it one of the highest mammal conservation priorities in the Greater Annamites, according to the GWC.

Scientists say now that it's been rediscovered, they may be able to discover how to better protect them.

“We had no idea what to expect, so I was surprised and overjoyed when we checked the camera traps and saw photographs of a chevrotain with silver flanks,” said An Nguyen, associate conservation scientist for GWC and expedition team leader. “For so long this species has seemingly only existed as part of our imagination. Discovering that it is, indeed, still out there, is the first step in ensuring we don’t lose it again, and we’re moving quickly now to figure out how best to protect it.”

RELATED: They found the 'holy grail' of bees and it's terrifying

Scientists found the silver-backed chevrotain by speaking to Vietnamese locals and forest rangers. They then set up three camera traps for five months in the areas locals said they saw the animal. Researchers were able to collect 275 photos of the species. They set up 29 more cameras in the same area and captured an additional 1,881 photographs over five more months.

“The rediscovery of the silver-backed chevrotain provides big hope for the conservation of biodiversity, especially threatened species, in Vietnam,” said Hoang Minh Duc, head of the Southern Institute of Ecology’s Department of Zoology. “This also encourages us, together with relevant and international partners, to devote time and effort to further investigation and conservation of Vietnam’s biodiversity heritage.”

Now that the silver-backed chevrotain has been rediscovered, scientists are working to determine how large and how stable the population is in order to understand the threats to its survival. Camera traps will be installed in two additional areas and the information collected will be used to implement a conservation plan for the species.