The first lady released a statement Monday morning defending herself against what she calls 'salacious gossip,' while also condemning the violence at the Capitol. 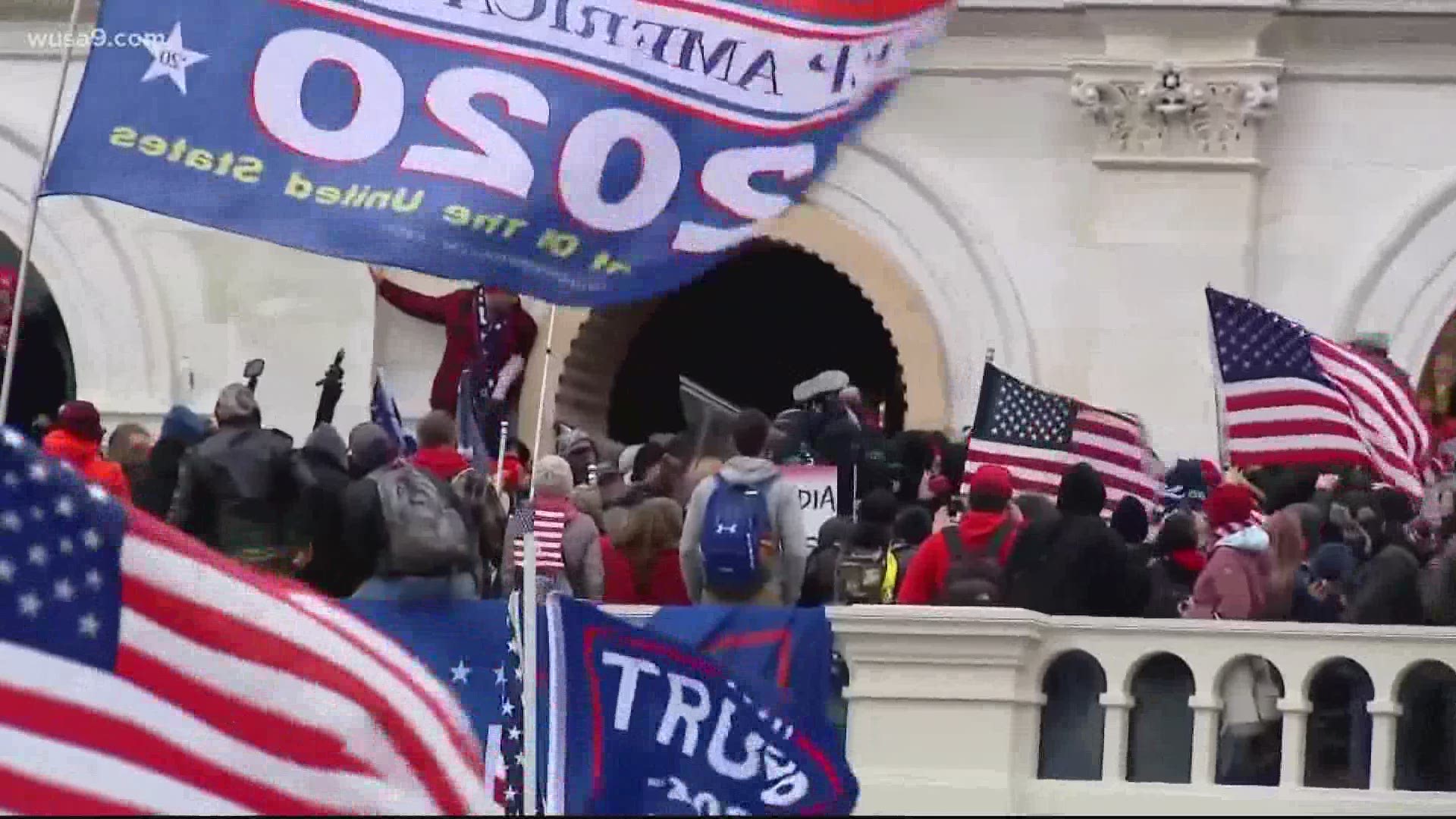 In a 600 word post on the White House website, Melania Trump said she was "disappointed and disheartened" with last week's events where a mob rioted in the Capitol in support of baseless claims of election fraud, spurred by her husband, President Donald Trump.

"Our Nation must heal in a civil manner. Make no mistake about it, I absolutely condemn the violence that has occurred on our Nation’s Capitol," Mrs. Trump wrote. "Violence is never acceptable."

The first lady also defended herself against what she said were "false misleading accusations" of her character.

"I find it shameful that surrounding these tragic events there has been salacious gossip, unwarranted personal attacks," Mrs. Trump wrote. "This time is solely about healing our country and its citizens. It should not be used for personal gain."

The first lady did not say who she was referring to. Last week, Stephanie Winston Wolkoff, the first lady's former friend and one-time assistant at the White House, wrote an editorial accusing Mrs. Trump of being “complicit in the destruction of America.”

Melania Trump said she was praying for the families of the four Trump supporters who died during the attacks, along with the two US Capitol Police Officers who died.

"Most recently, my heart goes out to: Air Force Veteran, Ashli Babbit, Benjamin Philips, Kevin Greeson, Rosanne Boyland, and Capitol Police Officers, Brian Sicknick and Howard Liebengood. I pray for their families comfort and strength during this difficult time," she said.

"It is inspiring to see that so many have found a passion and enthusiasm in participating in an election, but we must not allow that passion to turn to violence," Mrs. Trump wrote. "Our path forward is to come together, find our commonalities, and be the kind and strong people that I know we are."

Grisham says in a statement Wednesday that it was an “honor” to serve the country in the White House and be part of he first lady’s “mission” to help children.

Grisham was one of Trump’s longest serving aides, having joined the campaign in 2015. She served as the White House press secretary and never held a press briefing.

Credit: AP
First Lady Melania Trump walks after speaking during a White House National Day of Prayer Service in the Rose Garden of the White House, Thursday, May 7, 2020, in Washington. (AP Photo/Alex Brandon)