Carano says her voice is now 'freer' days after Lucasfilm announced it was no longer working with her and criticized her over social media posts. 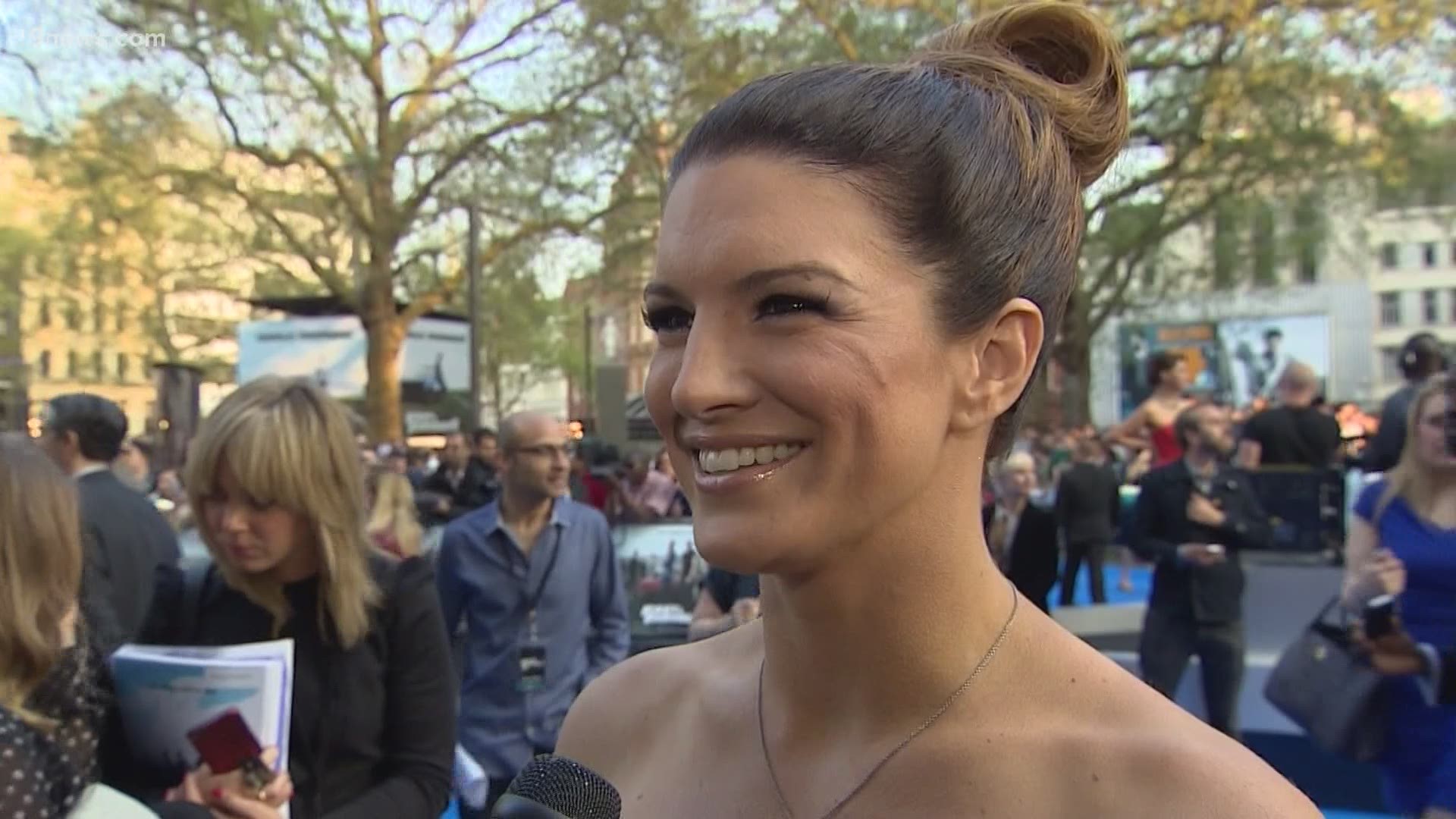 Actor Gina Carano said Friday she has a new film project with the conservative news website The Daily Wire. It comes two days after Lucasfilm announced Carano was no longer part of "The Mandalorian" cast following online calls for her firing over a social media post that likened the experience of Jews during the Holocaust to the U.S. political climate.

“The Daily Wire is helping make one of my dreams — to develop and produce my own film — come true. I cried out and my prayer was answered,” Carano said in a statement Friday posted by The Daily Wire.

Carano fell under heavy criticism after she posted that “Jews were beaten in the streets, not by Nazi soldiers but by their neighbors.... even by children."

The actor continued to say, “Because history is edited, most people today don’t realize that to get to the point where Nazi soldiers could easily round up thousands of Jews, the government first made their own neighbors hate them simply for being Jews. How is that any different from hating someone for their political views?”

RELATED: Baby Yoda continues to deliver the memes in The Mandalorian

Carano deleted the post but it was widely shared online and spurred the #FireGinaCarano hashtag to trend.

A spokesperson with Lucasfilm said in a statement on Wednesday that Carano is not currently employed by the company with “no plans for her to be in the future."

“Nevertheless, her social media posts denigrating people based on their cultural and religious identities are abhorrent and unacceptable," the statement read.

“I am sending out a direct message of hope to everyone living in fear of cancellation by the totalitarian mob. I have only just begun using my voice which is now freer than ever before, and I hope it inspires others to do the same. They can’t cancel us if we don’t let them," Carano said.

Her character, Cara Dune, appeared in several episodes of the second season of “The Mandalorian,” a series about a bounty hunter and his quest to unite a powerful, young user of the Force with a Jedi Knight.

Carano, a former mixed martial artist, had been criticized for social media posts that mocked mask wearing during the pandemic and alleged voter fraud during the 2020 presidential election. She also mocked the use of gender pronouns, listing “beep/bop/boop" in her social media bio.

Daily Wire co-founder Ben Shapiro accused Disney of firing Carano for "offending the authoritarian Hollywood Left" and said those like her will "be helping us build the X-wing to take down their Death Star."