An employee said she couldn't comment on the matter. 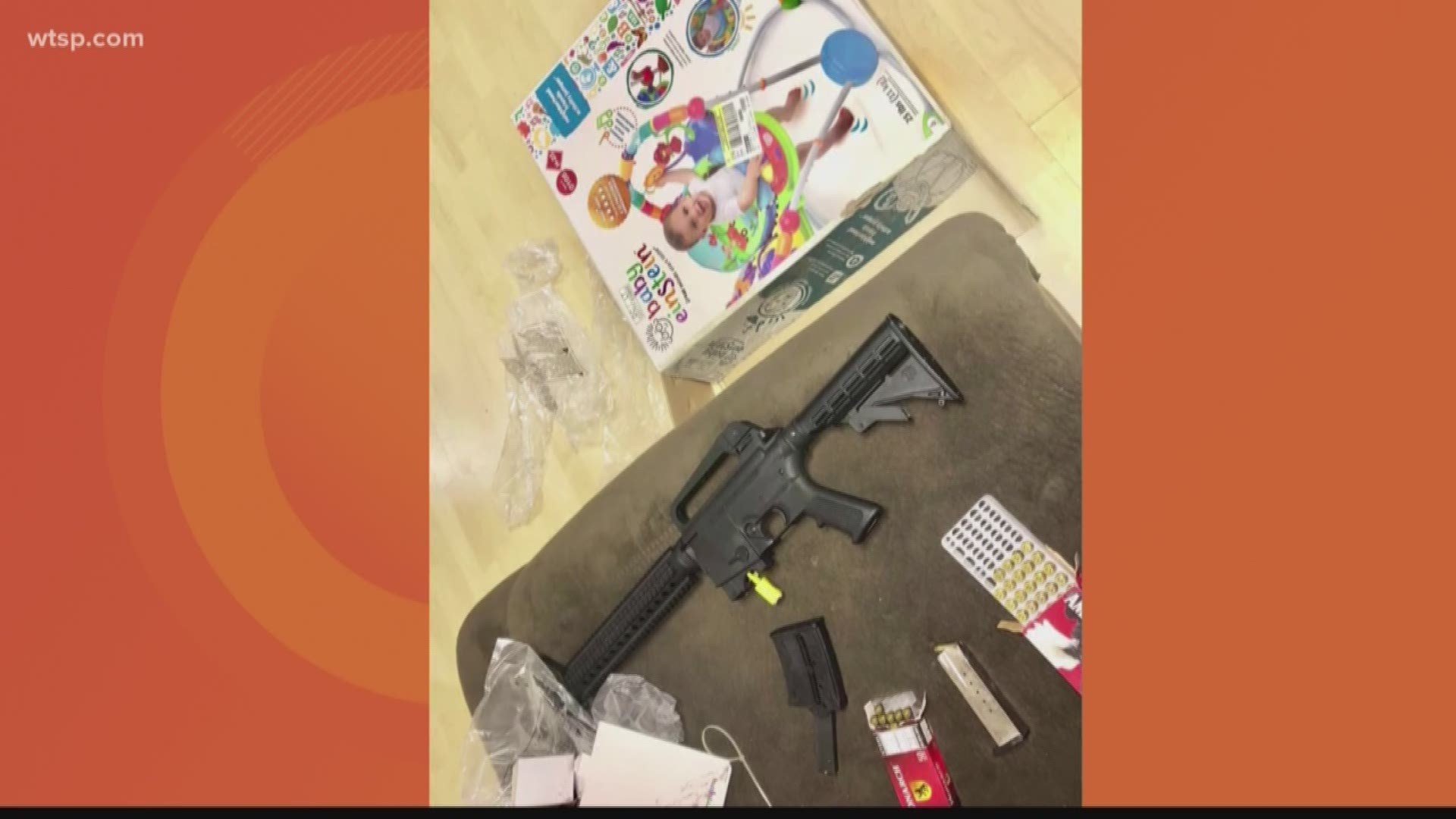 CRESTVIEW, Fla. — A woman who bought a baby shower gift at a Florida Goodwill store was shocked when the father-to-be opened the box and found a loaded semi-automatic rifle inside.

Veronica Alvarez-Rodriguez says she paid $9.99 for what appeared to be a brand new, unopened Baby Einstein's bouncer as they headed to a friend's baby shower Sunday.

She says some of the guests laughed, but she and her husband were shocked.

They called the Crestview Police Department and the incident is being investigated. An employee at the Goodwill store said she couldn't comment.