The gas leak sent flames boiling to the surface in the Gulf waters. The company said it had brought the gas leak under control. 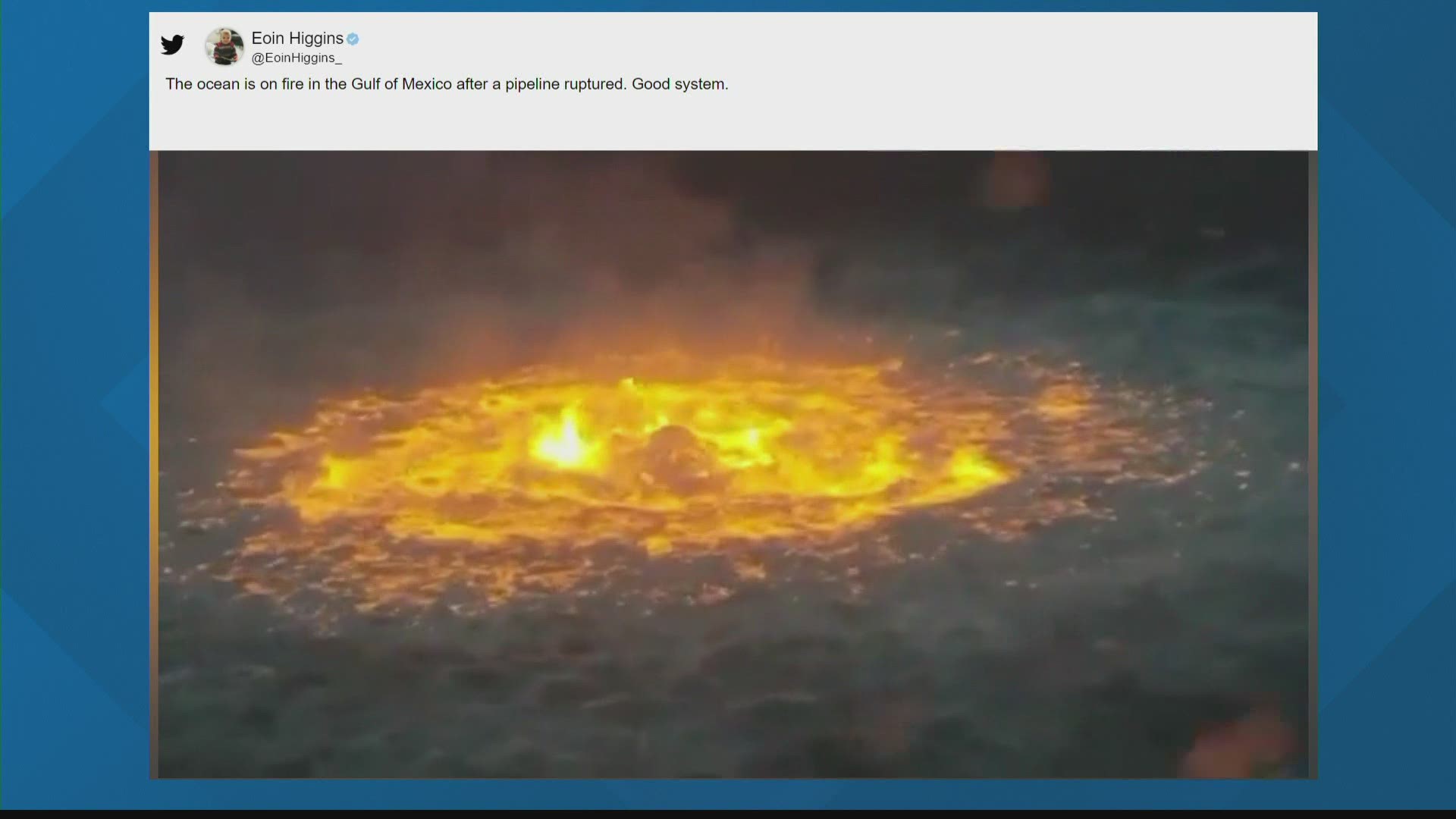 MEXICO CITY, Mexico — Mexico’s state-owned oil company said Friday it suffered a rupture in an undersea gas pipeline in the Gulf of Mexico, sending flames boiling to the surface in the Gulf waters.

Petroleos Mexicanos said it had dispatched fire control boats to pump more water over the flames.

Pemex, as the company is known, said nobody was injured in the incident in the offshore Ku-Maloob-Zaap field.

The leak near dawn Friday occurred about 150 yards (meters) from a drilling platform. The company said it had brought the gas leak under control about five hours later.

But the accident gave rise to the strange sight of roiling balls of flame boiling up from below the surface of the Gulf of Mexico.

It was unclear how much environmental damage the gas leak and oceanic fireball had caused.

Miyoko Sakashita, oceans program director for the Center for Biological Diversity, wrote that “the frightening footage of the Gulf of Mexico is showing the world that offshore drilling is dirty and dangerous."

Sakashita added, “These horrific accidents will continue to harm the Gulf if we don’t end offshore drilling once and for all.”