After a gun was found in a girl's backpack, Idaho school district bans students' bags

The ban on backpacks was documented on TikTok, where videos of students using everything from shopping carts to children's wagons to carry their stuff went viral. 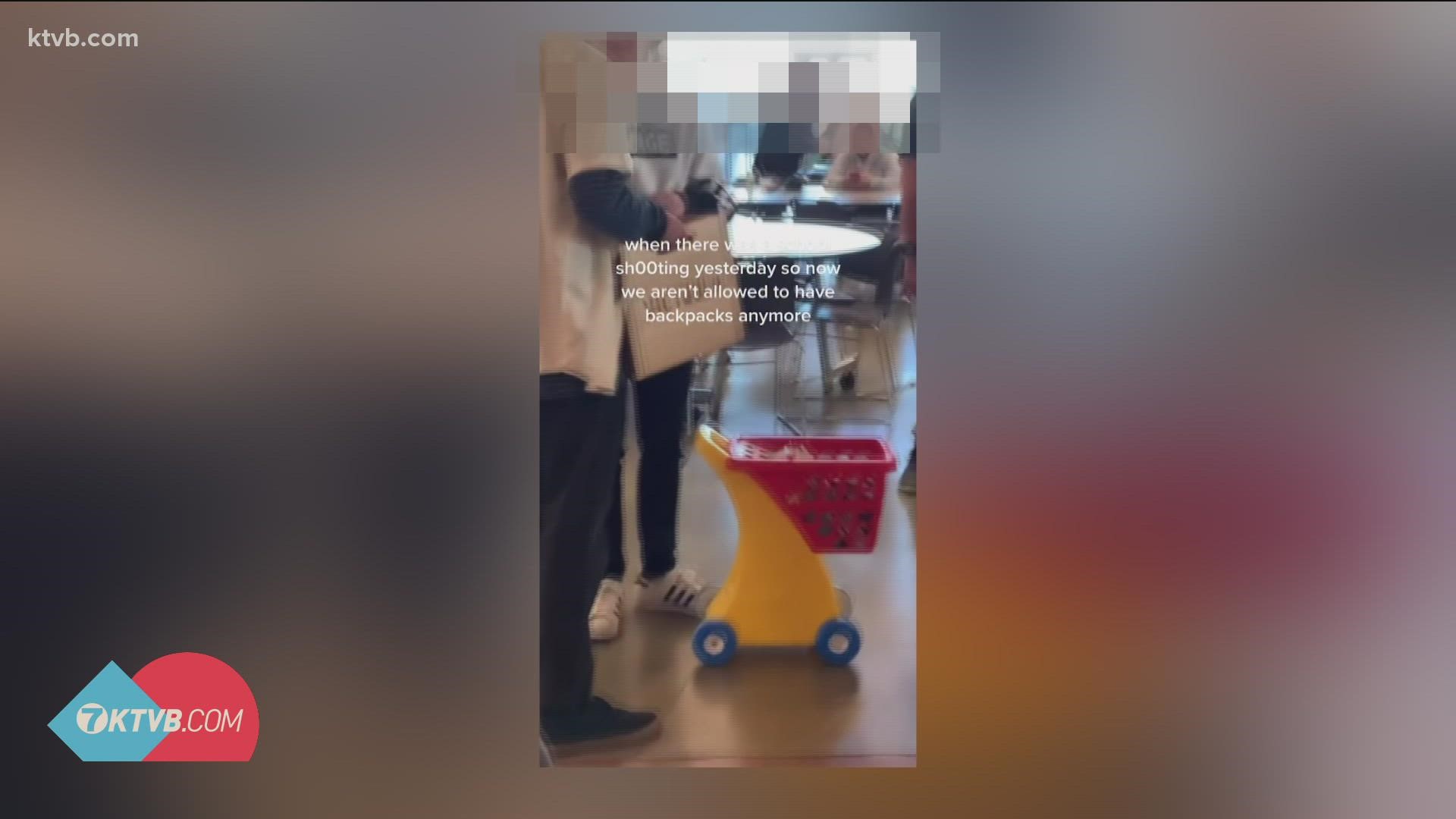 RIGBY, Idaho — Officials in one Eastern Idaho school district announced that students could no longer bring backpacks to school after an incident involving a gun happened a week before.

On Thursday, Sept. 23, a 13-year-old girl was arrested after a gun was found in the student's backpack at Rigby Middle School.

According to Jefferson County Sheriff Steve Anderson, a school resource officer found the sixth-grader with a gun in the school bathroom. Anderson added that she did not point the gun at anyone.

No shots were fired and no one at the middle school was injured during the incident.

In a letter to parents after that incident, Superintendent Chad Martin announced that backpacks would no longer be allowed at Rigby Middle School, Farnsworth Middle School, or Rigby and Jefferson high schools.

One student at Rigby High School captured the scene from the high school following the backpack ban and shared a series of videos on TikTok, one of which has over 3 million views.

Savannah's TikToks showed some of the ingenuity displayed by students, who used everything from laundry baskets, trash cans, shopping carts and toy cars to carry their belongings. The high schoolers in the TikToks clearly took the new rule seriously and made sure they had some clear, easy-to-see book carriers.

While guns in schools are no laughing matter, the students at Rigby High School reminded everyone that people can find some laughter in the darkest of times.

See the latest news from around the Treasure Valley and the Gem State in our YouTube playlist: