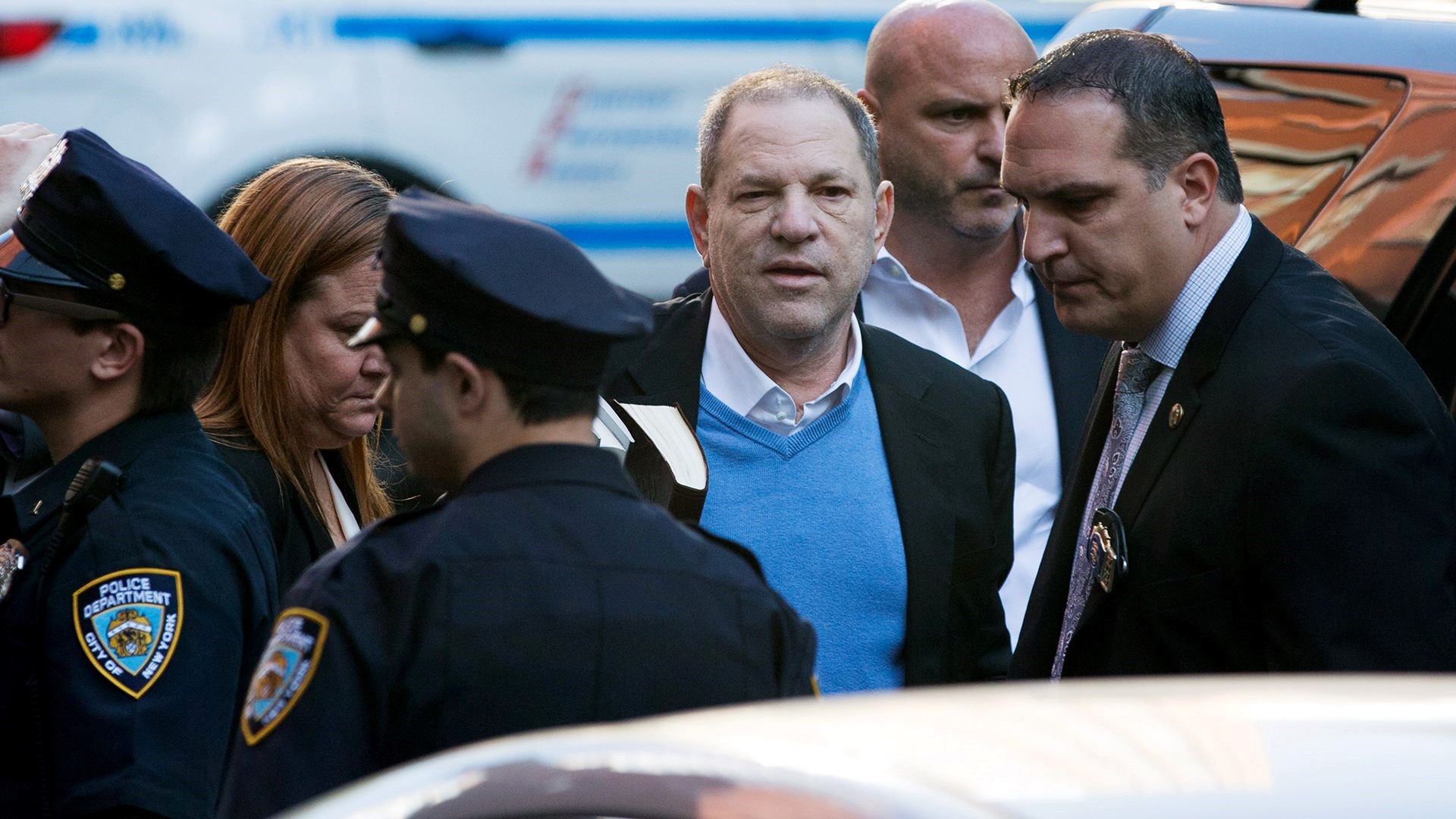 Manhattan District Attorney Cyrus Vance said the indictment, which follows Weinstein being charged with the felonies on Friday, "brings the defendant another step closer to accountability for the crimes of violence with which he is now charged."

Vance vowed to try the case in the courtroom, not the press, in a statement emailed to USA TODAY.

"The defendant’s recent assault on the integrity of the survivors and the legal process is predictable," his statement said. "We are confident that when the jury hears the evidence, it will reject these attacks out of hand."

He added that the grand jury investigation of Weinstein "remains active and ongoing," and he appealed for additional accusers of the disgraced movie mogul to come forward if they have relevant information.

Defense attorney Ben Brafman said the indictment is "not a surprise," that it merely "mirrors" the same charges already filed against Weinstein and "does not add anything to the case we did not already know."

"We remind everyone that an Indictment is merely a formal accusation," Brafman said in a statement emailed to USA TODAY. "Mr Weinstein intends to enter a plea of Not Guilty and vigorously defend against these unsupported allegations that he strongly denies. We will soon formally move to dismiss the indictment and if this case actually proceeds to trial, we expect Mr Weinstein to be acquitted."

Earlier Wednesday, Brafman said Weinstein would not appear before the grand jury to testify. Brafman issued a statement saying he advised Weinstein to skip the grand jury hearing because of a lack of time to prepare.

"After being unfairly denied access to critical information about this case that was needed to defend him before the Grand Jury, Mr. Weinstein’s attorneys decided that there was not sufficient time to properly prepare Mr. Weinstein," said the statement.

"The identities of the accusers and the specific charges were provided to Mr. Weinstein last Friday on the eve of the Memorial Day Weekend and a deadline for his appearance set for Wednesday (at) 2 p.m.

Weinstein turned himself in to New York police on Friday and was charged with felony sex crimes, including first- and third-degree rape and a first-degree criminal sex act, stemming from encounters in New York with two women, including one who was unidentified. Those are the crimes listed in the grand jury indictment.

On Tuesday, following a closed-door meeting with Manhattan prosecutors and a judge to discuss the case, Brafman told reporters the unidentified accuser was in a decade-long relationship with Weinstein that continued after the alleged attack on her in a Manhattan hotel room in 2013.

"Not having access to these materials is particularly troubling in this case, where one of the unsupported allegations is more than 14 years old and the Rape allegation involves a woman with whom Mr. Weinstein shared a 10-year consensual sexual relationship that continued for years after the alleged incident in 2013," Brafman's statement Wednesday said.

Although Weinstein's personal testimony before the grand jury could be "compelling," Brafman's statement said "an indictment was inevitable due to the unfair political pressure being placed on Vance to secure a conviction of Mr. Weinstein."

Vance has been criticized by New York police detectives, by New York Gov. Andrew Cuomo and by the New York state attorney general's office in connection with accusations against Weinstein, both current and dating to 2015.

Back then, Vance's office decided there wasn't enough evidence to press charges against Weinstein after an Italian model accused him of groping her, despite an audio tape of him seeming to acknowledge her accusations.

With the grand jury investigation continuing, further charges involving other accusers could be forthcoming. Weinstein, like any defendant, has the right to testify before a grand jury; such proceedings are secret.

Weinstein, 66, surrendered Friday and was led into court in handcuffs to face rape and criminal sex-crimes charges involving the two accusers. The fallen Hollywood mogul, who is free on $1 million bail and is confined to New York and Connecticut, has consistently denied having non-consensual sex with anyone.

Brafman's legal advice to Weinstein came a day after a 90-minute conference Tuesday with prosecutors in the chambers of Judge James Burke. A transcript of the conference was sealed and Brafman was limited in what he could say about the meeting.

But he told reporters he was worried about the impact of bad publicity about his client could have on the grand jury.

Still, he said Weinstein expects to be exonerated if the case goes to trial.

"You can only imagine what your state of mind would be if you were accused of a very serious crime that you maintain you didn't commit," he said Tuesday. "So it's a terrible state of mind in that regard, but he's confident he's going to clear his name."