Nine centrist Democrats have said they'll vote against their own party’s budget blueprint. That's enough to defeat it in the closely divided House. 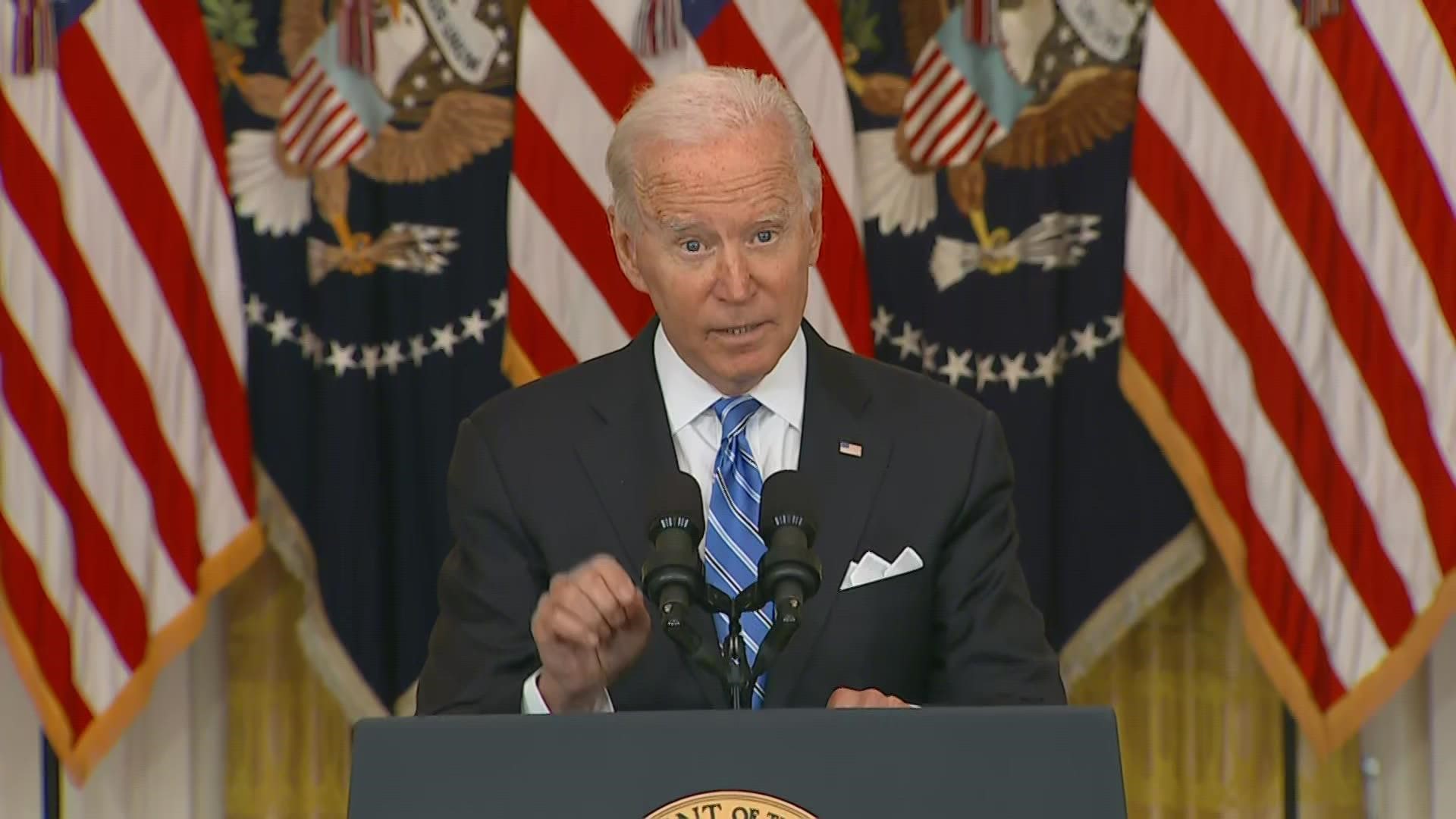 WASHINGTON — Top Democrats plan House votes next week on a budget resolution that could clear a path for future passage of a $3.5 trillion, 10-year social and environment package, suggesting a showdown ahead with rebellious party moderates.

Nine centrists have threatened to vote against their own party's budget blueprint, enough to defeat it in the closely divided House. They want the chamber to first approve a separate $1 trillion bill financing highway, water supply and other infrastructure projects, their top priority.

House leaders made clear Tuesday that's not their plan.

Instead, Majority Leader Steny Hoyer, D-Md., said in a conference call among House Democrats that he’d like the chamber to approve the budget resolution next Tuesday, according to a participant in the call who spoke on condition of anonymity. The House returns the previous day for what lawmakers hope will be an abbreviated interruption of their August recess.

If all Republicans oppose the budget as expected, Democrats could lose no more than three of their own votes and prevail. The budget's congressional approval would prevent Republicans from killing the subsequent $3.5 trillion bill, probably this fall, from bill-killing Senate filibusters.

“Remember the psychology of consensus. We are in this together, we have the leader of our party and we are pursuing the attainment” of our agenda, Hoyer said, according to the person on the call.

House Speaker Nancy Pelosi, D-Calif., also made clear that a final vote on the public works bill would wait until the larger $3.5 trillion measure progresses. In a letter to fellow Democrats late Tuesday, she said the House must pass the budget blueprint “immediately" or endanger “the once-in-a-generation opportunity we face to enact initiatives that meet the needs of working families at this crucial time."

Together, the two bills embody President Joe Biden’s and Democrats’ aspirations for bracing the economy, supporting families and combating climate change. Leaders hope moving both measures together — rather than quickly approving the infrastructure bill — would pressure moderates to also back the $3.5 trillion package, which they consider too expensive.

“These bills are critical for us maintaining our majority, and that must reign supreme,” said No. 3 House Democratic leader James Clyburn of South Carolina, a reference to next year's congressional elections. “A lot of us need to hold hands, we need to be protecting each other and march together."

In a statement, Rep. Josh Gottheimer, D-N.J., one of the maverick moderates, said Congress “cannot afford to wait months" to approve the infrastructure measure and added, “I'm confident we can sit down together and work this out."

The House plans to vote Monday evening on a procedural measure setting up future debate for the budget resolution, the infrastructure legislation and another Democratic priority restoring federal authority over states’ voting procedures that were curbed by the Supreme Court.

“All three are critical elements of the president’s agenda, and we hope that every Democratic member supports this effort," said White House deputy press secretary Andrew Bates.

Hoyer said he also wants the House to approve the voting rights measure on Tuesday and wrap up business. That proposed schedule could pressure moderates to support the budget, since sticking to their planned opposition could extend the House's stay in Washington until the standoff is resolved.

Some moderates hope the chaotic U.S. flight from Afghanistan might prompt Biden to seek a quick accomplishment by reversing course and asking the House to quickly send him the infrastructure legislation. The Senate approved the infrastructure measure last week in a bipartisan vote.

“I think more than ever, if the White House would play this smart, they would get a domestic win right now. And that is, bring up the bipartisan infrastructure bill,” Rep. Henry Cuellar, D-Texas, one of the nine unhappy moderates, said in an interview.

Rep. Katie Porter, D-Calif., a leader of the Congressional Progressive Caucus, said a majority of its nearly 100 members have said in two surveys that they’d oppose the infrastructure measure if it came before the $3.5 trillion measure has progressed.

“Nobody’s budged,” she said. That suggests the moderates lack the votes to force Pelosi to change her plans.